In the adjoining figure: 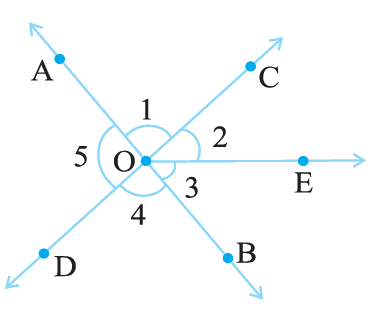 (ii) No, they have non-common arms on either  side of common arms.

(iv) Yes, they are supplementary.

(v) Yes, they are vertical angles because they are formed due to intersection of straight lines.