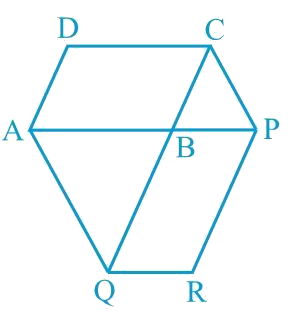 First of all, we can join \(AC\) and \(PQ\). Now we can use theorem for triangles \(ACQ\) and \(AQP\) if two triangles are on same base and between same pair of parallel lines then both will have equal area. Now we can subtract common area of triangle \(ABQ\) from both sides. Now we can compare the result with half of which we have to show. 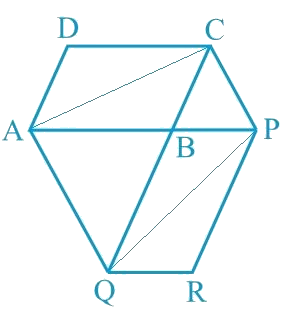 According to Theorem 9.2: Two triangles on the same base (or equal bases) and between the same parallels are equal in area.

Since  and  are diagonals of parallelograms  and  respectively,

Video Solution
Areas Of Parallelograms And Triangles
Ex 9.3 | Question 9
Learn from the best math teachers and top your exams