Square Root of Two is Irrational

Square Root of Two is Irrational
Go back to  'Irrational Numbers'

Geometrically, the square root of 2 is the length of the diagonal across a square with sides of one unit of length.

This follows from the Pythagoras Theorem.

It was probably the first number known to be known as irrational.

As a good rational approximation for the square root of two, with a reasonably small denominator, the fraction \(\dfrac{99}{70}\) is sometimes used. 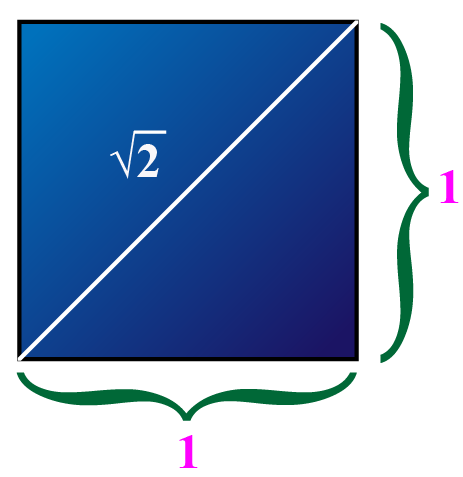 Square root of 2 is the diagonal of a unit square.

What Is the Square Root of 2?

The square root of a number is the number that gets multiplied to itself to give the original number.

This is a number that, when multiplied to itself, gives us the result as 2. 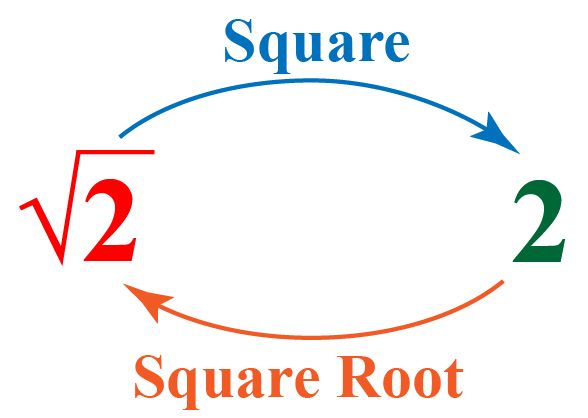 How to Prove That Square Root of 2 Is Irrational?

The decimal expansion of \(\sqrt{2}\) is infinite because it is non-terminating and non-repeating.

A number with decimal expansion as non-terminating and non-repeating is always an irrational number.

Let's prove that square root of 2 is irrational using a contradiction.

This follows that \(p\) is also an even number.

This follows that \(q\) is also an even number.

How to Find Square Root of 2 by Long Division?

The value of the square root of 2 by long division method consists of the following steps:

Find the largest number whose square is less than or equal to the number 2. Take this number as the divisor and the quotient (1 in this case). Divide and write the remainder.

In the quotient, put a decimal point after 1. Bring down two zeroes to the right of the remainder. So, the new dividend is 100.

Double the divisor and enter it with a blank on its right. Guess the largest possible digit to fill the blank which will also become the new digit in the quotient, such that when the new divisor is multiplied to the new quotient the product is less than or equal to the dividend. Divide and write the remainder.

Repeat this process to get the decimal places you want. 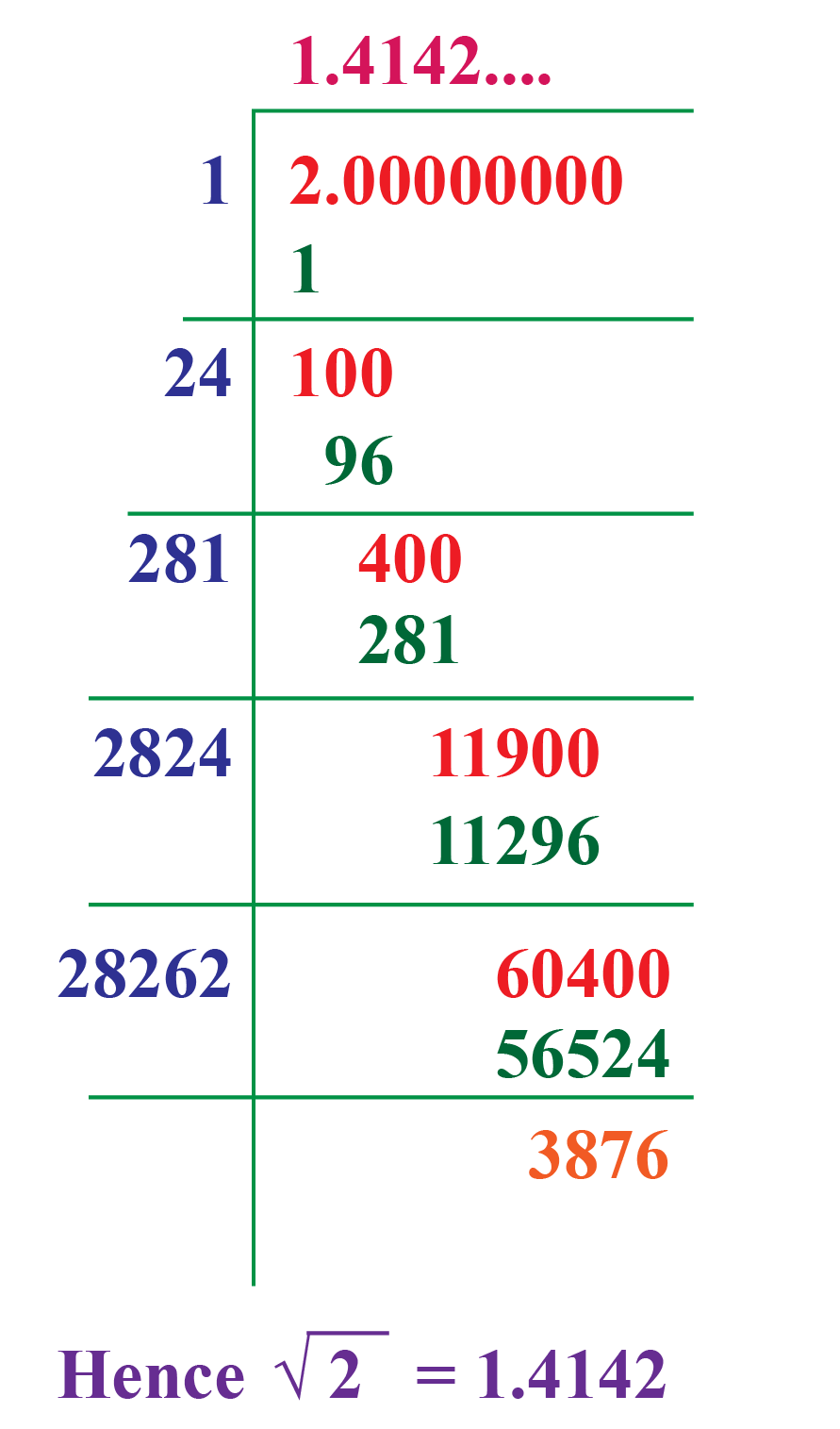 Drag the slider to set the number of digits after the decimal point you want to calculate in the value of \(\sqrt{2}\). 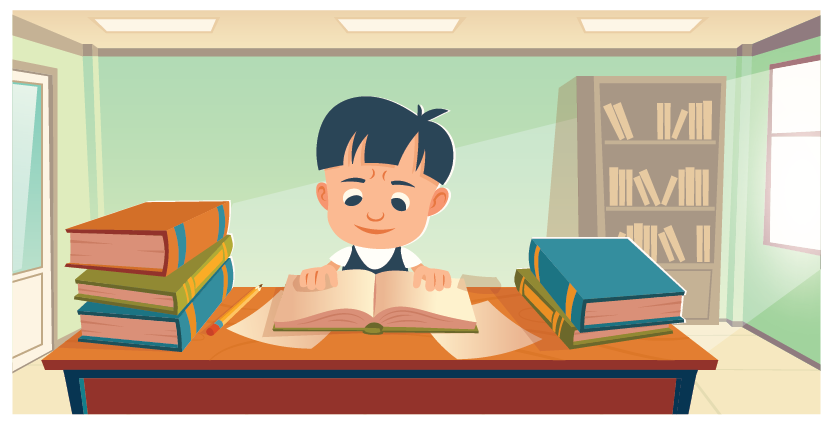 Can you use the fact that the square root of 2 is irrational to prove it?

Jimmy said her friend Ellyse that the number \(\sqrt{2}\) is an irrational number. She then asked her to find the square root of 2 using a number line.

Can you help her?

Let's name the vertices of the square as shown. 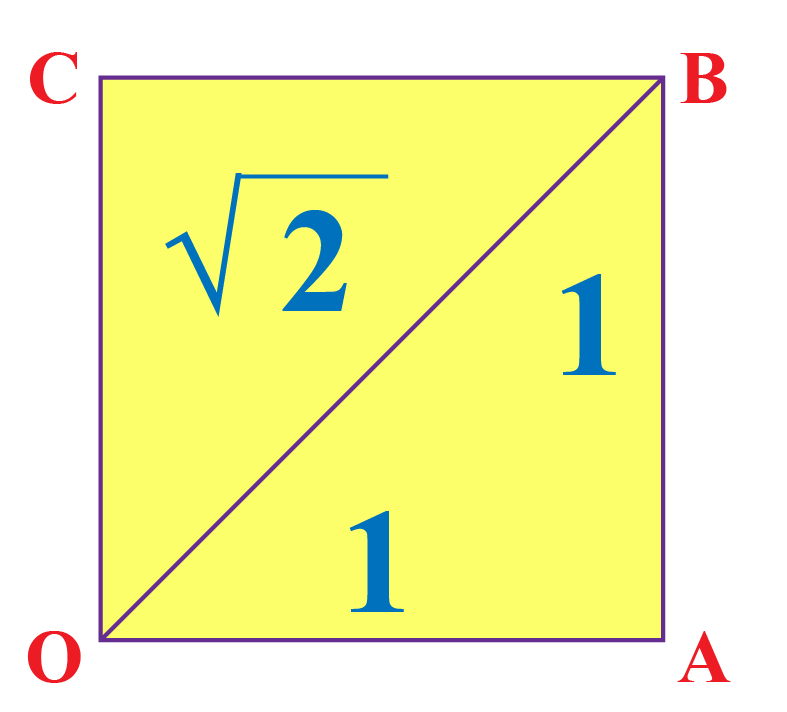 Using a compass with center \(O\) and radius \(OB\), draw an arc intersecting the number line at the point \(P\).

James is playing a carrom game with his friend Hailey.

Can you calculate the distance covered by the striker? Is this distance an irrational number?

The striker covers the diagonal distance of the carrom board. 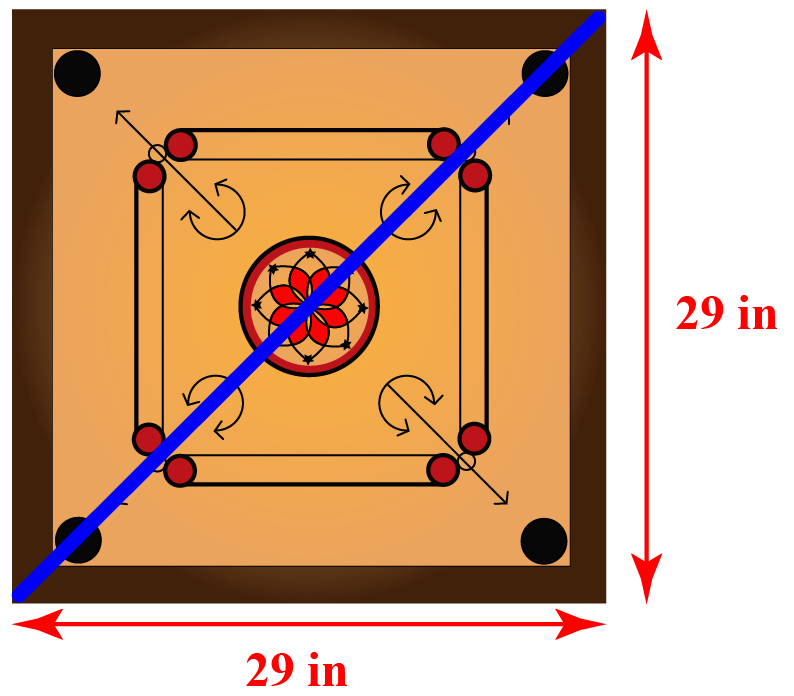 Apply the Pythagorean theorem to calculate the distance covered by the striker.

This mini-lesson targeted the fascinating concept that the square root of 2 is irrational. The math journey around square root of 2 as irrational starts with what a student already knows, and goes on to creatively crafting a fresh concept in the young minds. Done in a way that is not only relatable and easy to grasp but will also stay with them forever. Here lies the magic with Cuemath.

1. Is the square root of 2 a rational number?

2. What is an irrational number?

3. What is proof by contradiction?