Greatest Common Factor is a greatest number that is a factor of two or more other numbers.

GCF is the product of the factors that are common to each of the given numbers. 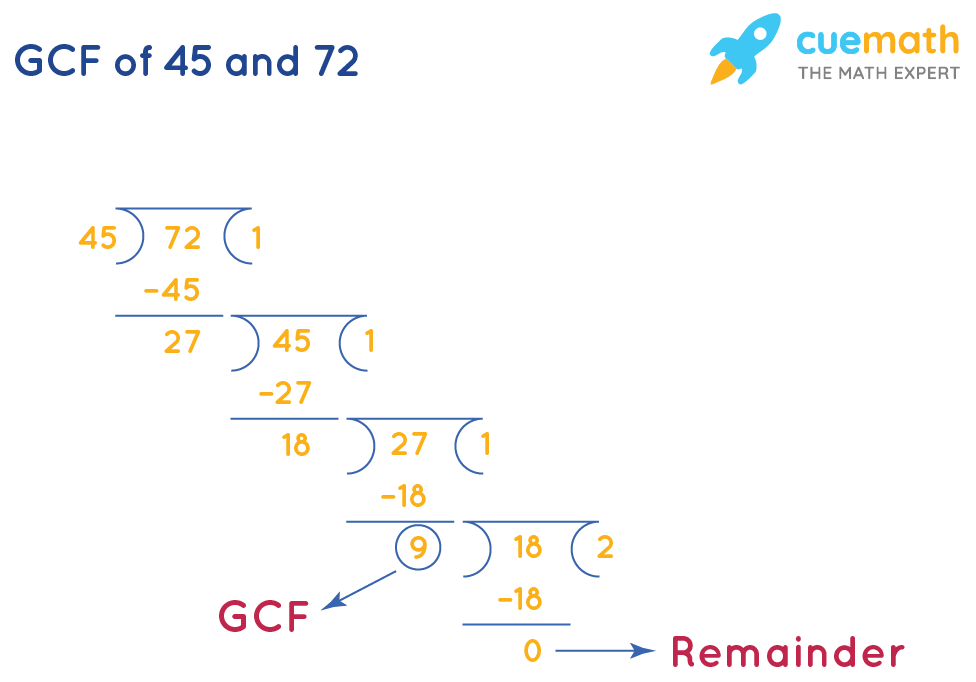 We will get the GCF same for the given numbers by using different methods.