The highest common factor, in short HCF, of two or more numbers is the highest possible number which exactly divides the given numbers, without any remainder.

We can find the HCF by any of these methods:

Metho1: Prime Factorization Method to Find HCF of 144 and 198

Let us represent both the numbers, 144 and 198 as a product of prime numbers.

HCF, the highest common factor, is the product of the prime factors that are common to given numbers. 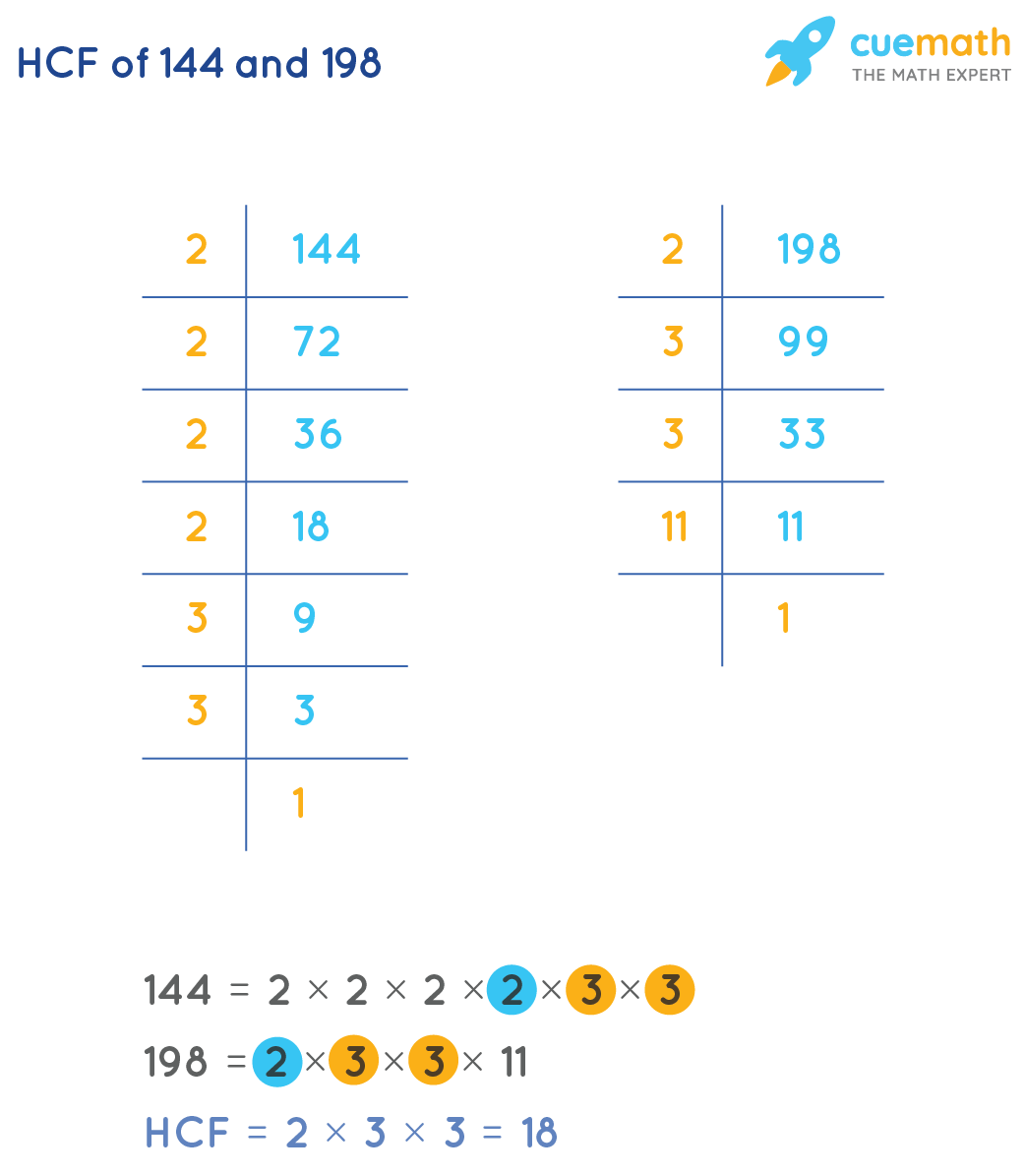