LCM of 12 and 28: The smallest number obtained which is divisible perfectly by both the given numbers 12 and 28 is their LCM

Least Common Multiple: It is the smallest of the least number which the given numbers divide perfectly, that is leaving 0 as the remainder on division.

Different ways to obtain the LCM are given below:

LCM of 12 and 28 through Listing Method 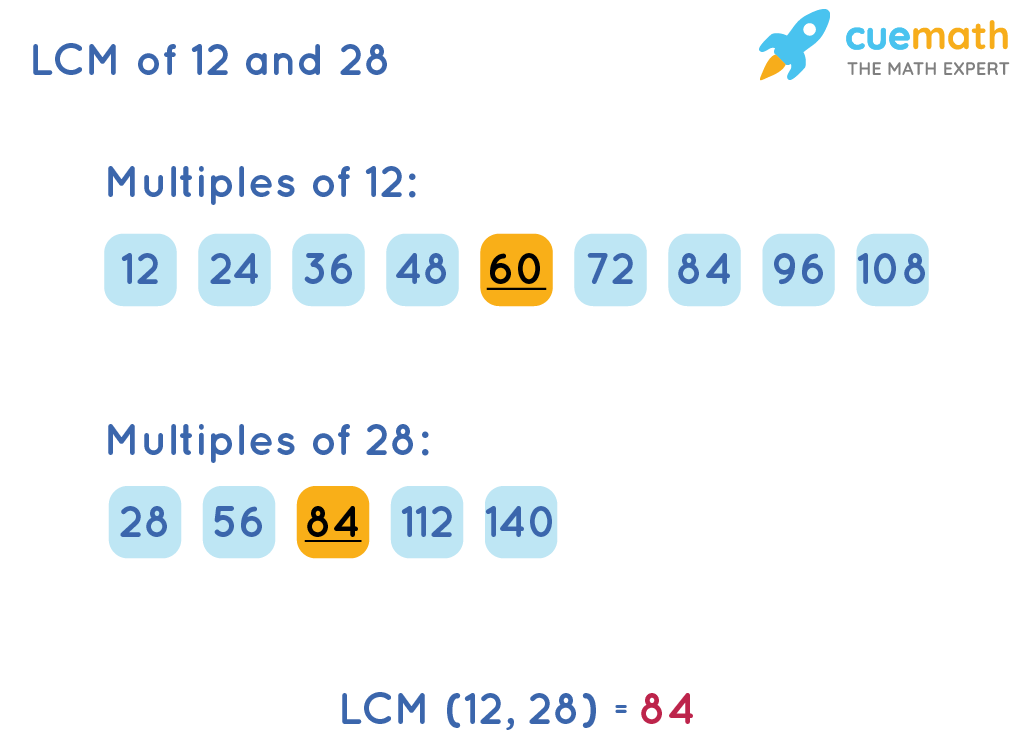 Both the above-mentioned methods yield the same answer.