LCM of 14 and 28 is the minimum possible number which is exactly divisible by 14 and 28.

The smallest number in which the given numbers divide exactly is called the least common multiple or LCM.

In this method, the first few multiples of 14 and 28 are listed and then the common multiples of both the numbers are identified. 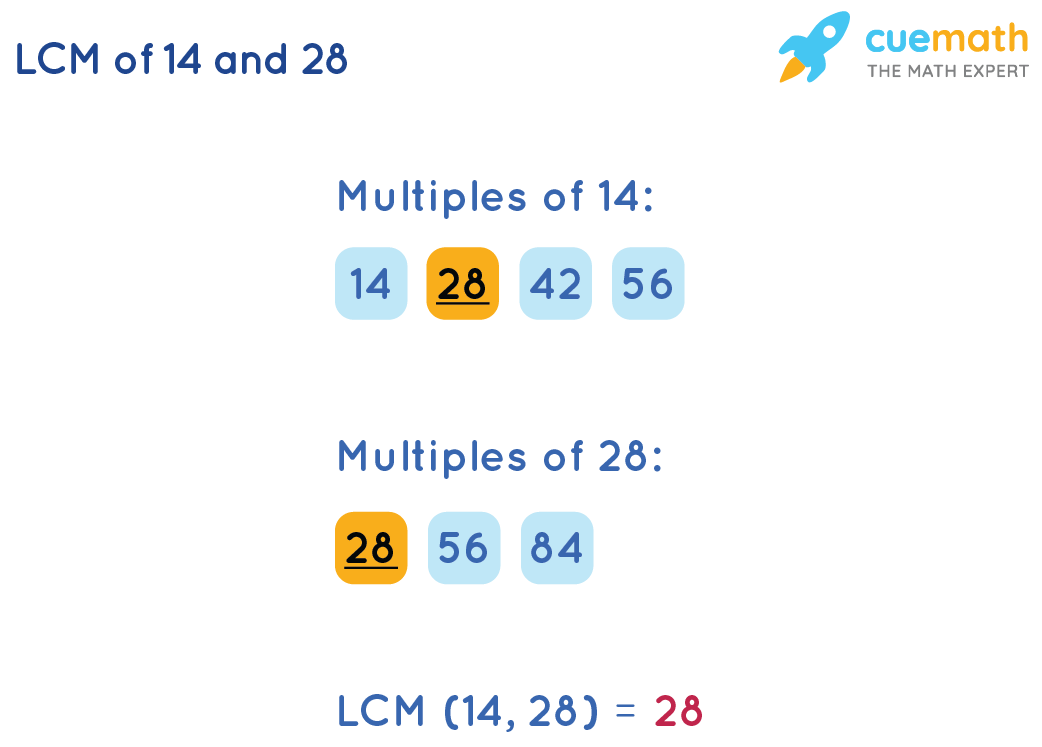 The common division is a 2-step process involving: