LCM of 2 and 8 is the least number which is exactly divisible by both 2 and 8.

Methods to Find LCM of 2 and 8

Step 1: Write the first few multiples of the given numbers 2 and 8.

Step 2: Now, spot the common multiples of 2 and 8 amongst the listed ones. 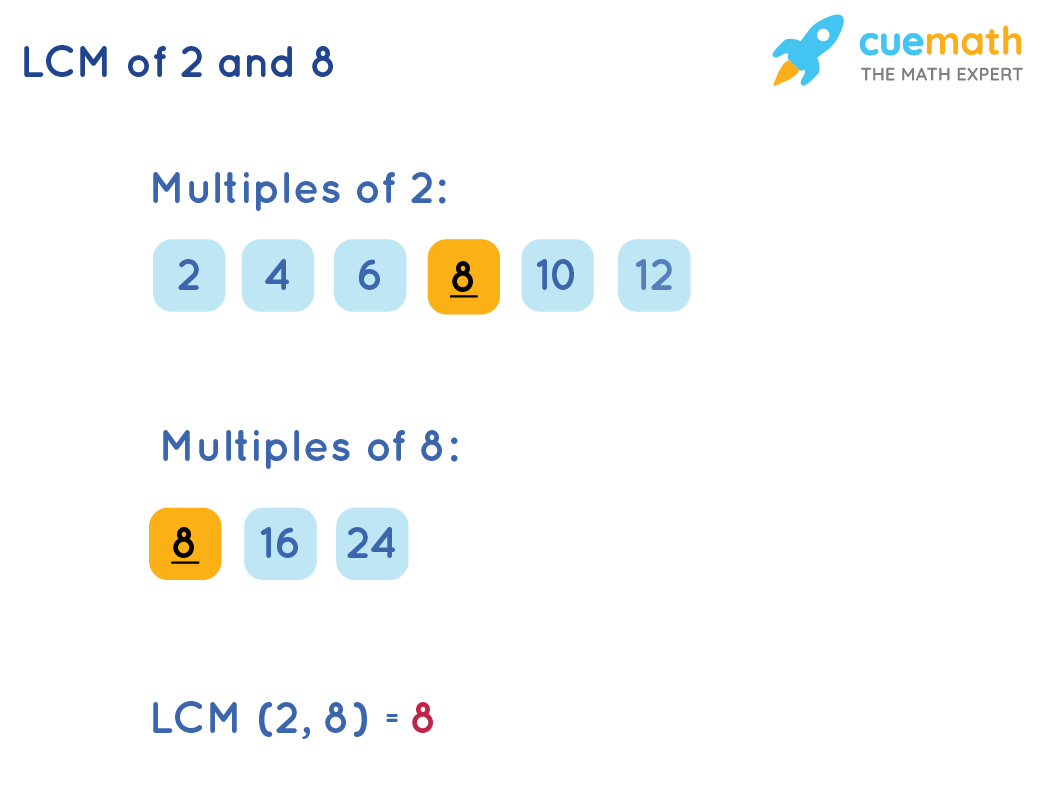 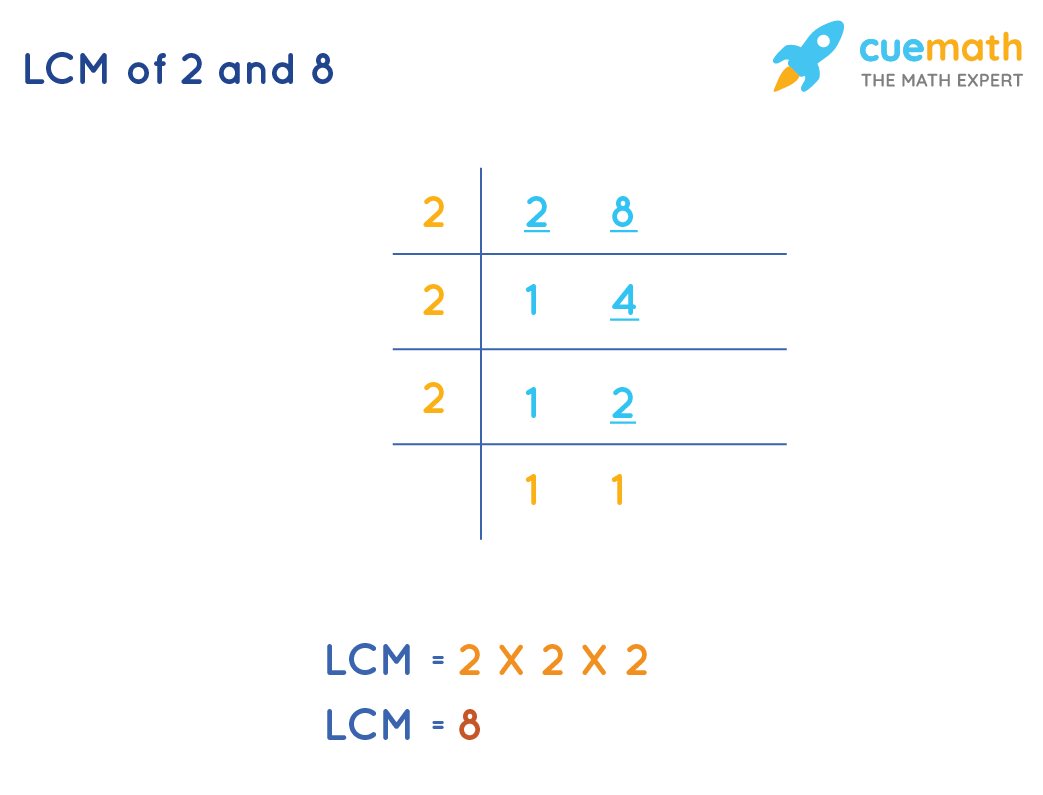