The LCM or least common multiple of two or more numbers is the smallest possible number which is exactly divisible by the given numbers.

LCM of 8 and 24 is the least number which is exactly divisible by both the numbers.

We can find the LCM by the following methods:

Find LCM of 8 and 24 by Listing Method 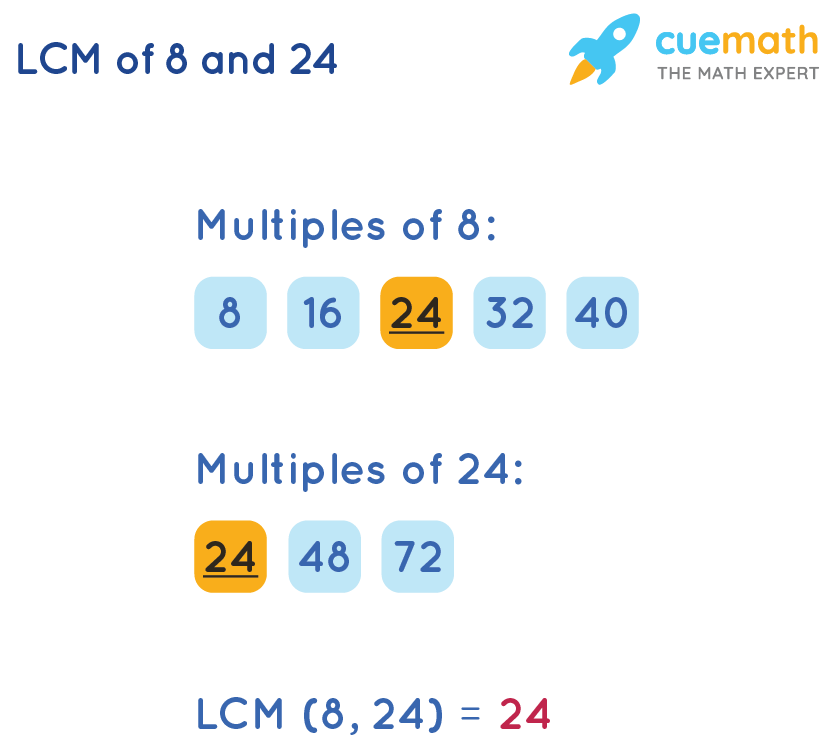 In the process of common division: 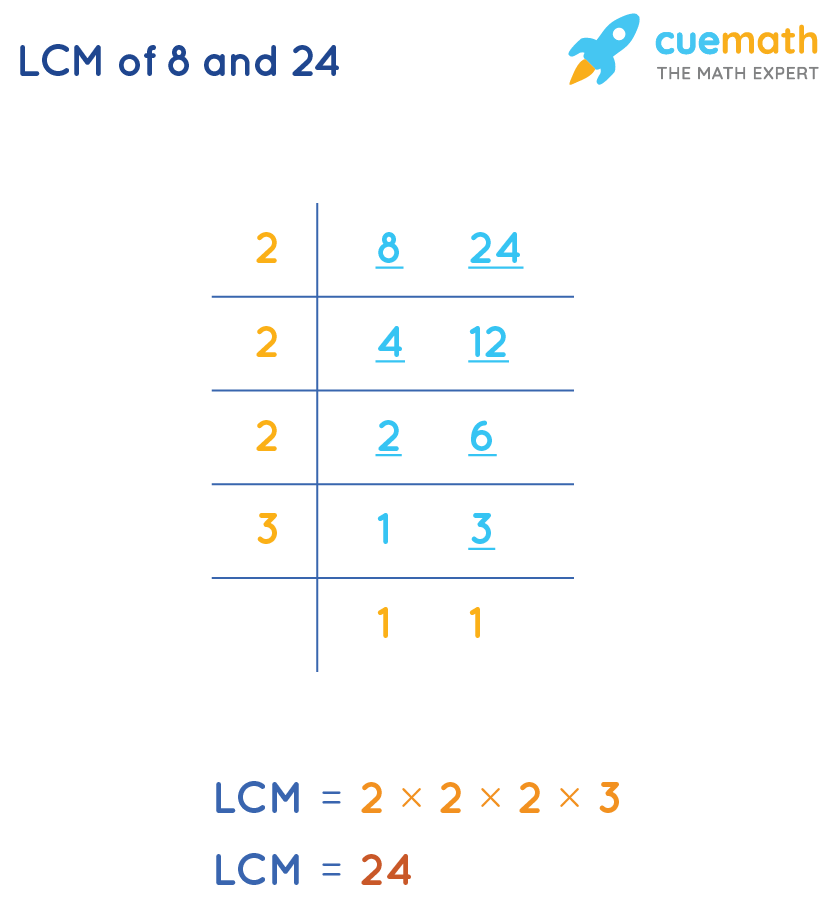 So, if one of the numbers is a multiple of others, then their LCM would be the same as the largest of both.