The Least Common Multiple of two numbers is the smallest number (not zero) that is a multiple of both.

In this method, we list the first few multiples of 30 and 42 and identify the common multiples. 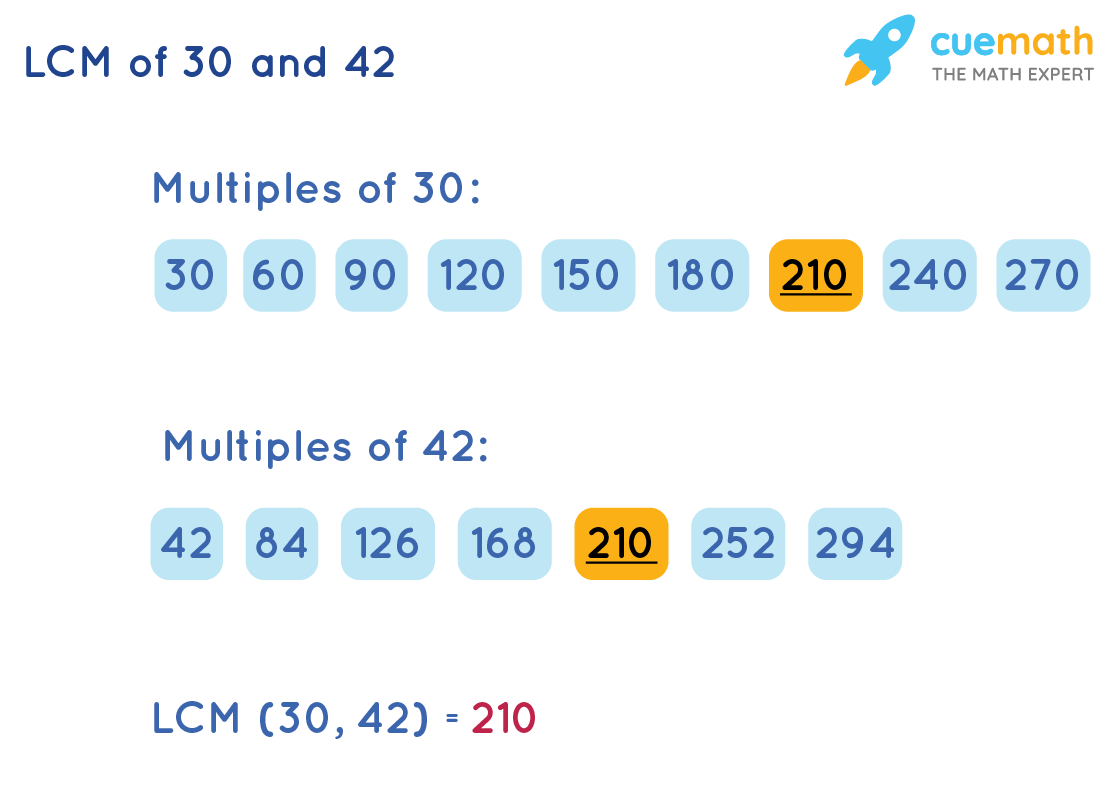 LCM of 30 and 42 by Common Division Method 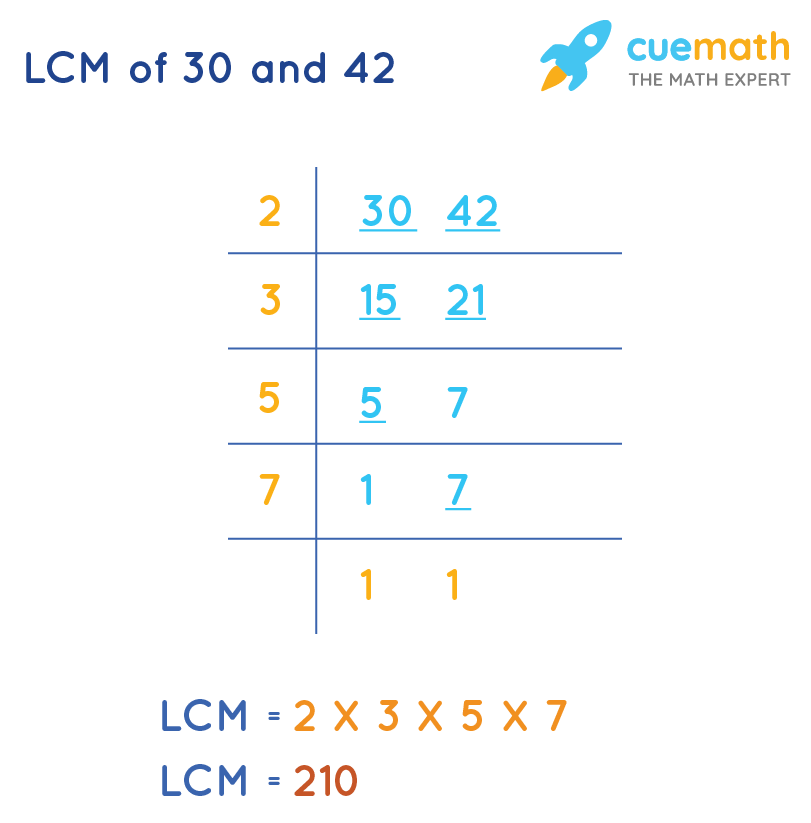