In this method, we list the first few multiples of 5, 10, and 15 and identify the common multiples. 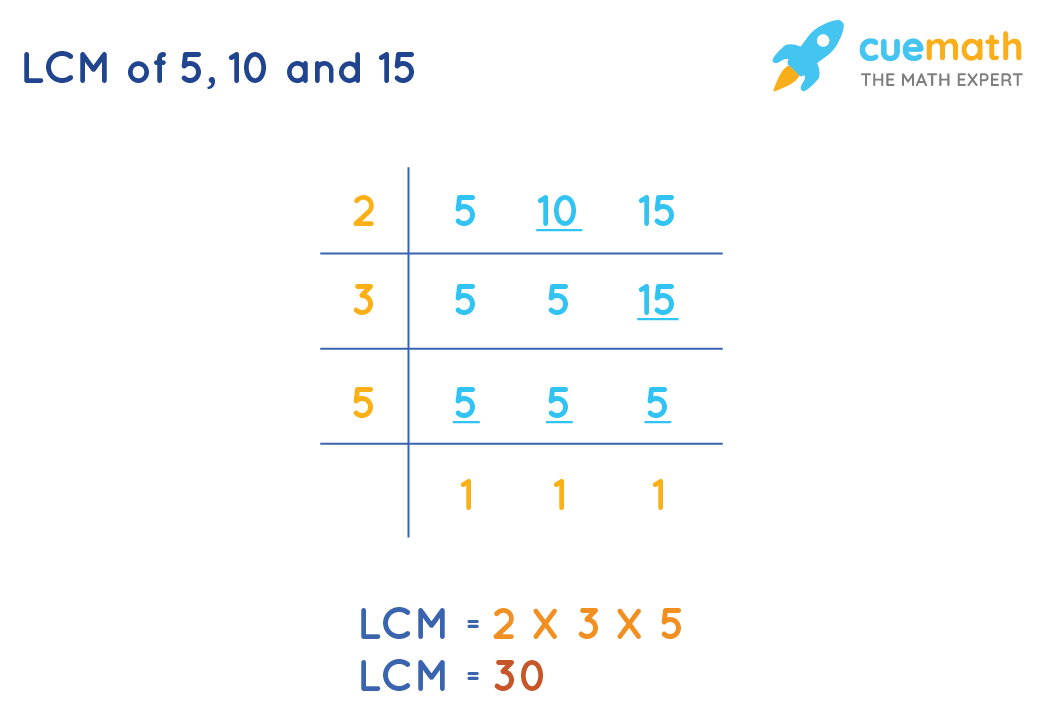 Both of these methods lead to the exact same answer.