Lowest common multiples (LCM) is a number that is the smallest and also perfectly divisible by the given numbers 6, 72 and 120.

Let's try out different ways to find it out. 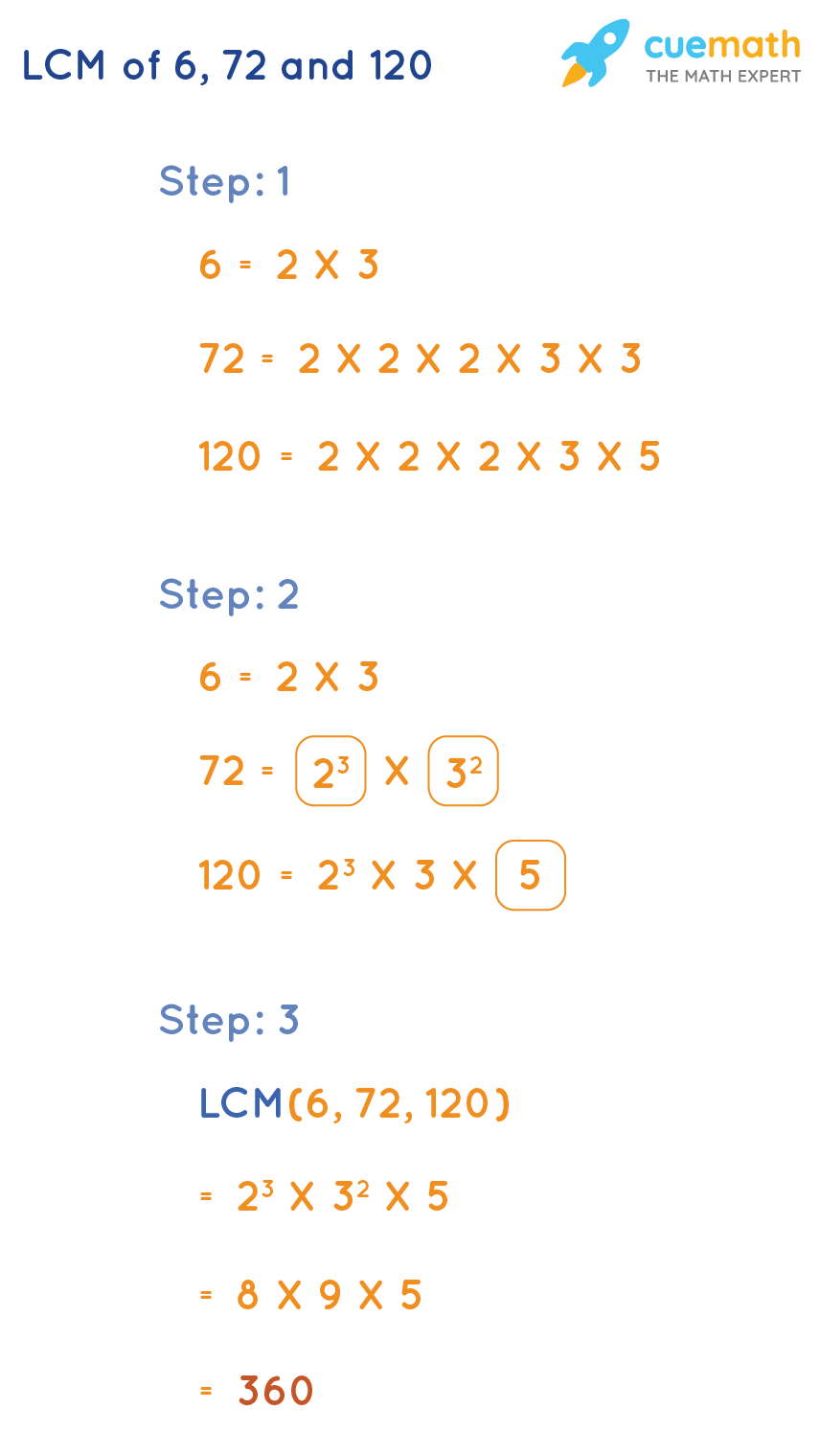 Irrespective of the method, the solution to our question LCM of 6, 72, and 120 is the same.