The least common multiple of 6, 8, and 10 is the least number which is exactly divisible by 6, 8, and 10, without leaving any reaminder.

The least common multiple, or in short, LCM is the smallest number in which the given numbers divide exactly. We can find the LCM of the numbers in many ways, the commonly used methods like the list of multiples and common division are mentioned below. 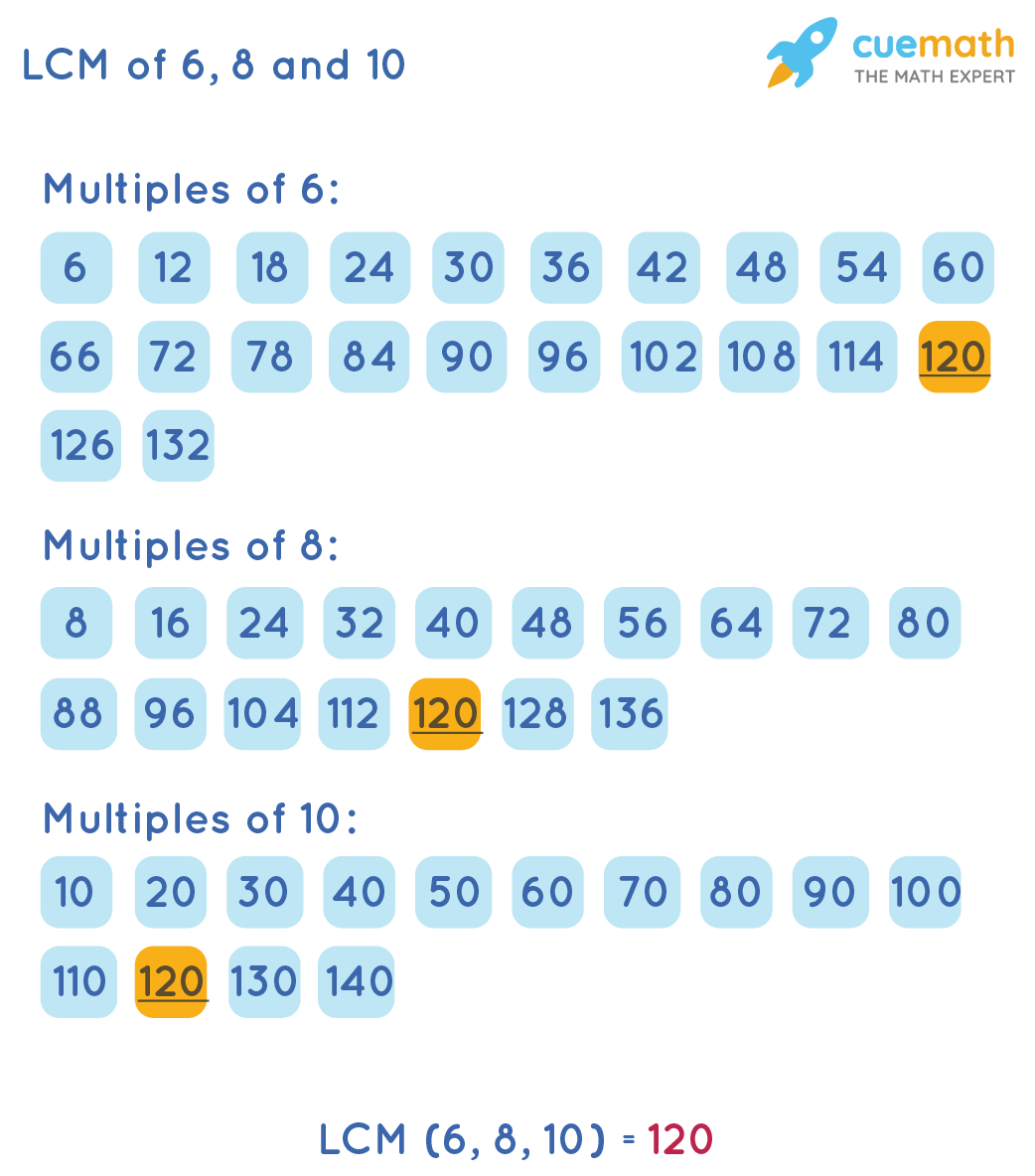 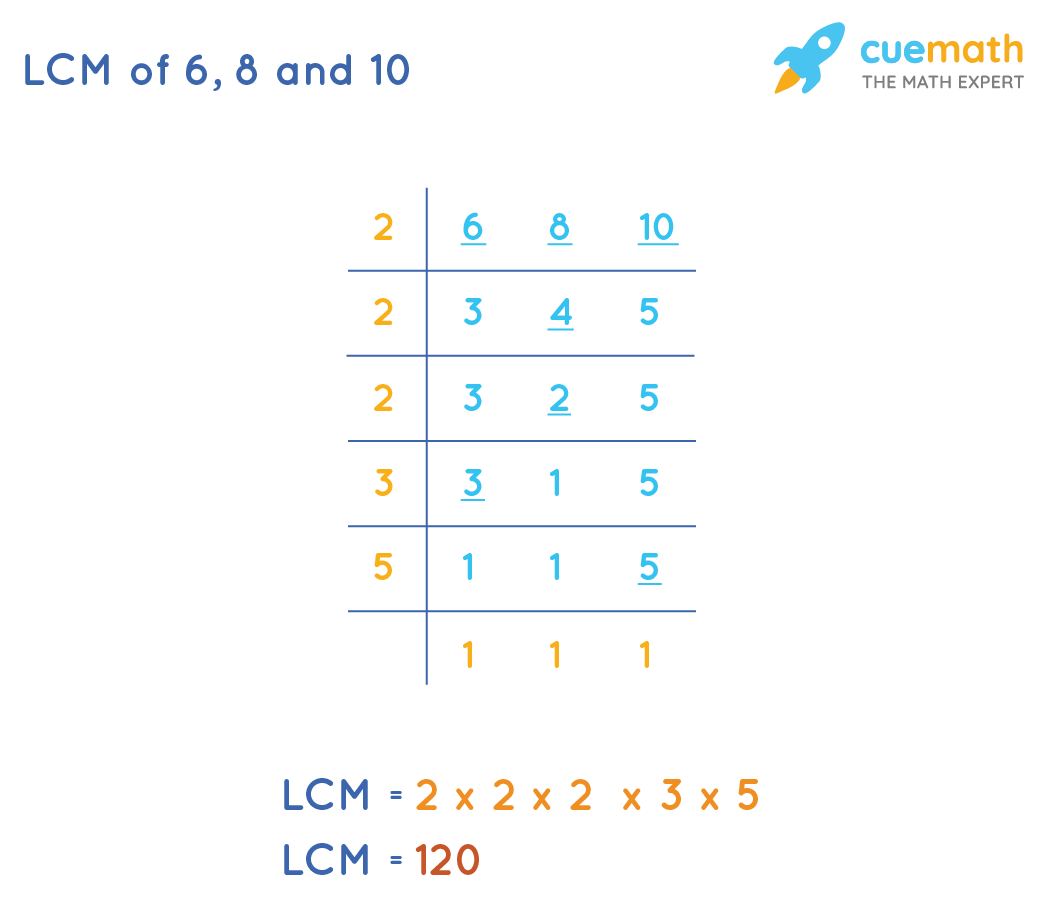