The smallest number which the given numbers divide exactly is called as least common multiple.

LCM of the numbers can be found using: 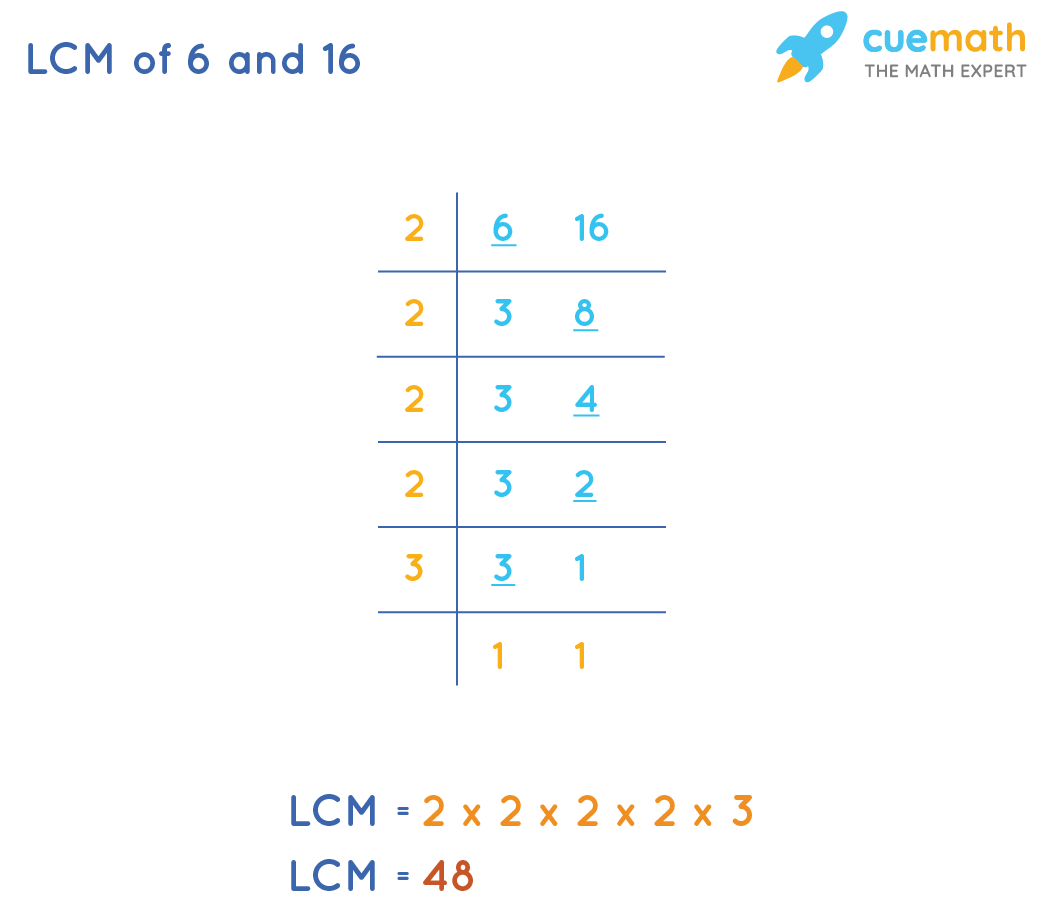 By substituting in the formula, we get, 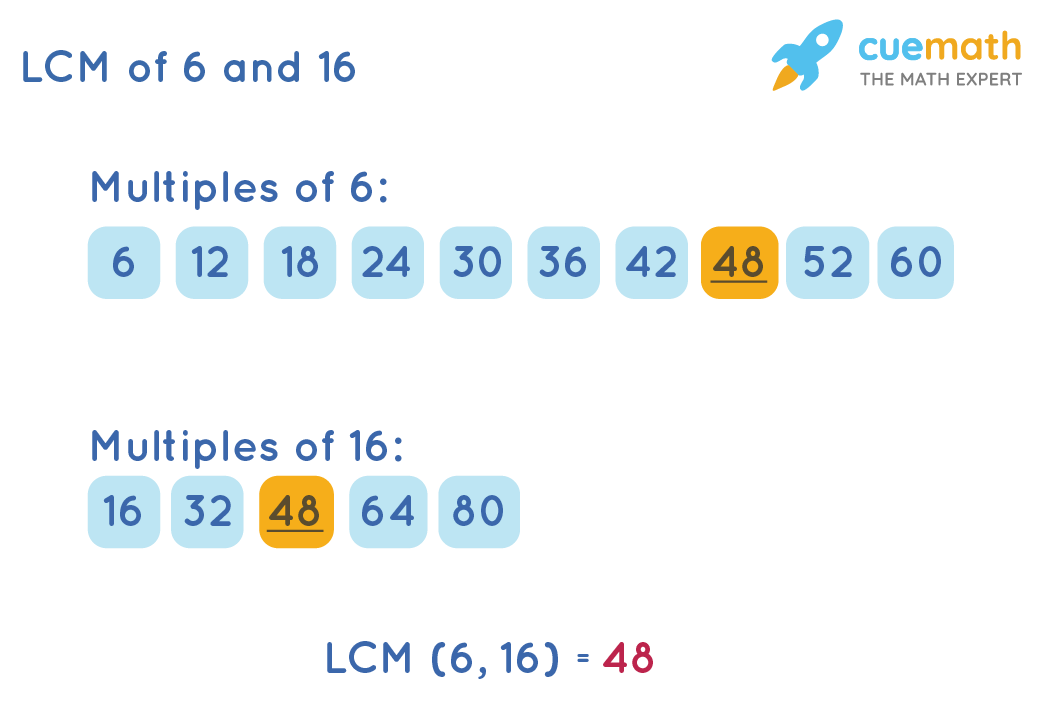 LCM of 6 and 16 is the least among the common multiples.