LCM or the least common multiple of two or more numbers is the smallest number which is exactly divisible by the given numbers.

LCM(6,24) is the least number which is exactly divisible by both the numbers. The frequently used methods to find LCM of any two numbers are listed below.

Let us find the LCM using the following methods 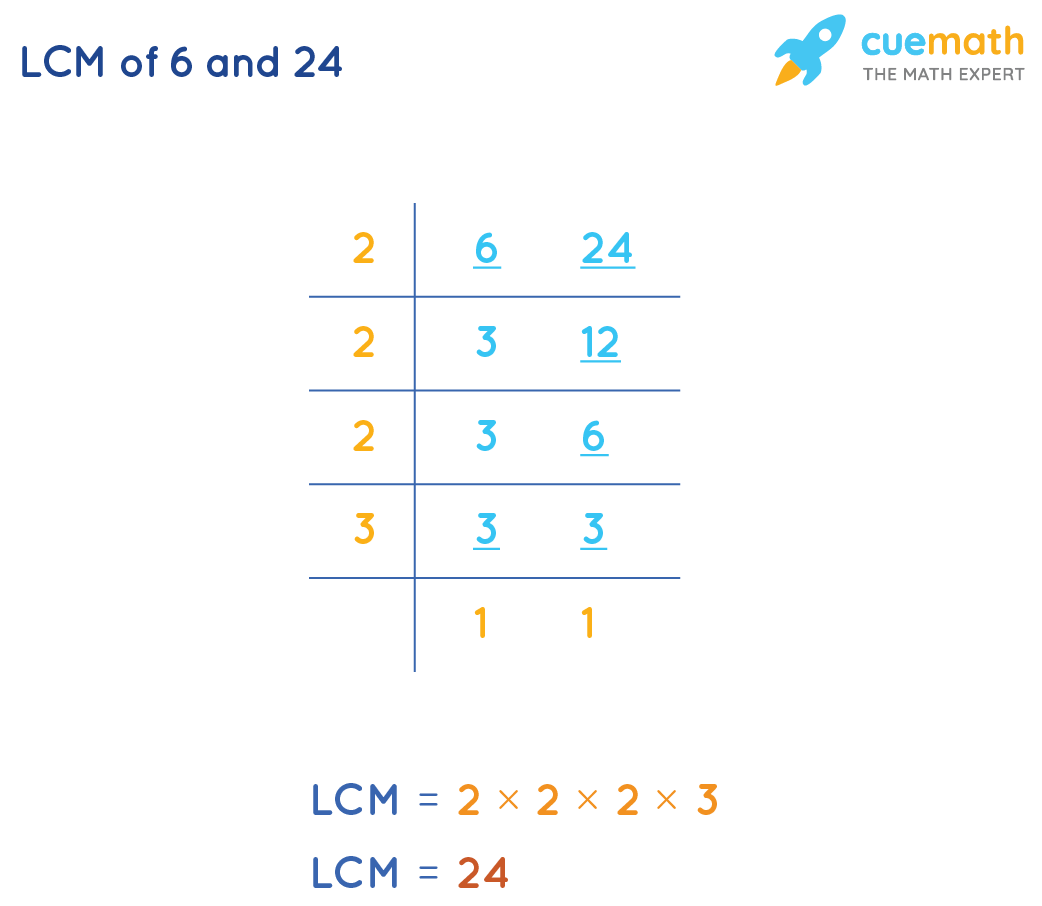 LCM of 6 and 24 by Common Division Method

LCM(6,24) is unique and is equal to 24 always. It is independent of the method we opt for.