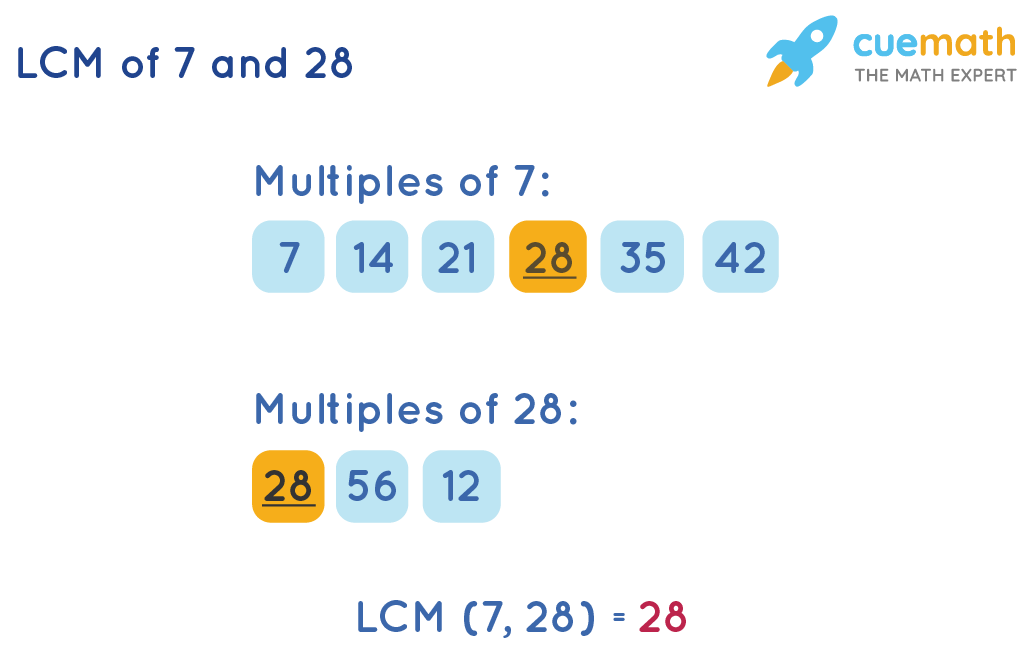 LCM of 7 and 28 by Common Division Method 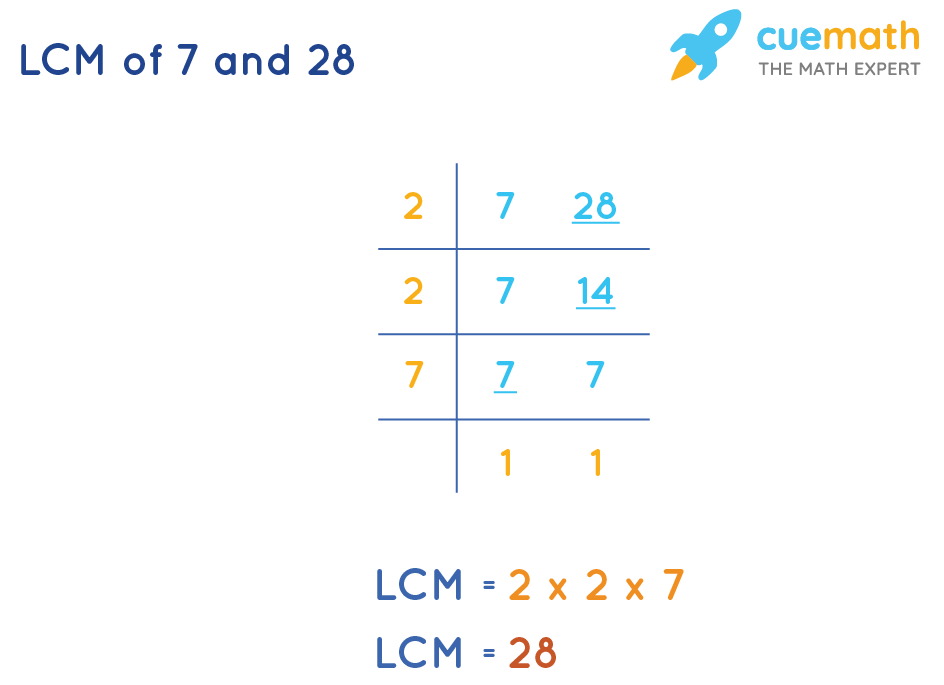 Irrespective of the method, the solution to our question LCM of 7 and 28 is the same.