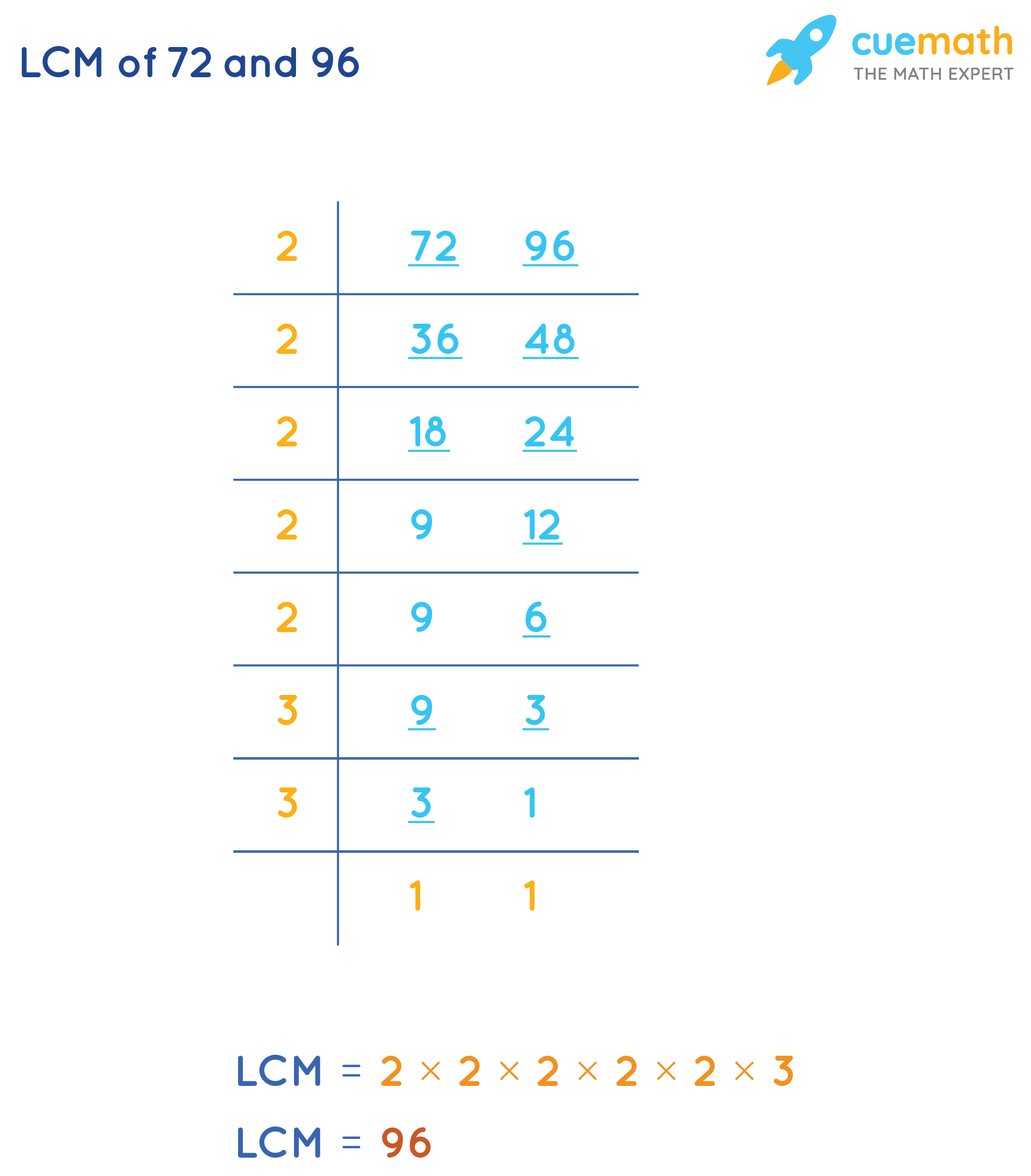 LCM(72,96) is always 288. For an in-depth understanding of LCM, and more methods to calculate LCM, you can refer to the least common multiple of any given number.