Least Common Multiple (LCM ) is the smallest number in which the given numbers divide exactly.

In this method, we list the first few multiples of 8 and 36 and identify the common multiples. LCM of 8 and 36 by Common Division Method

Irrespective of the method, the solution to our question LCM of 8 and 36 is the same. 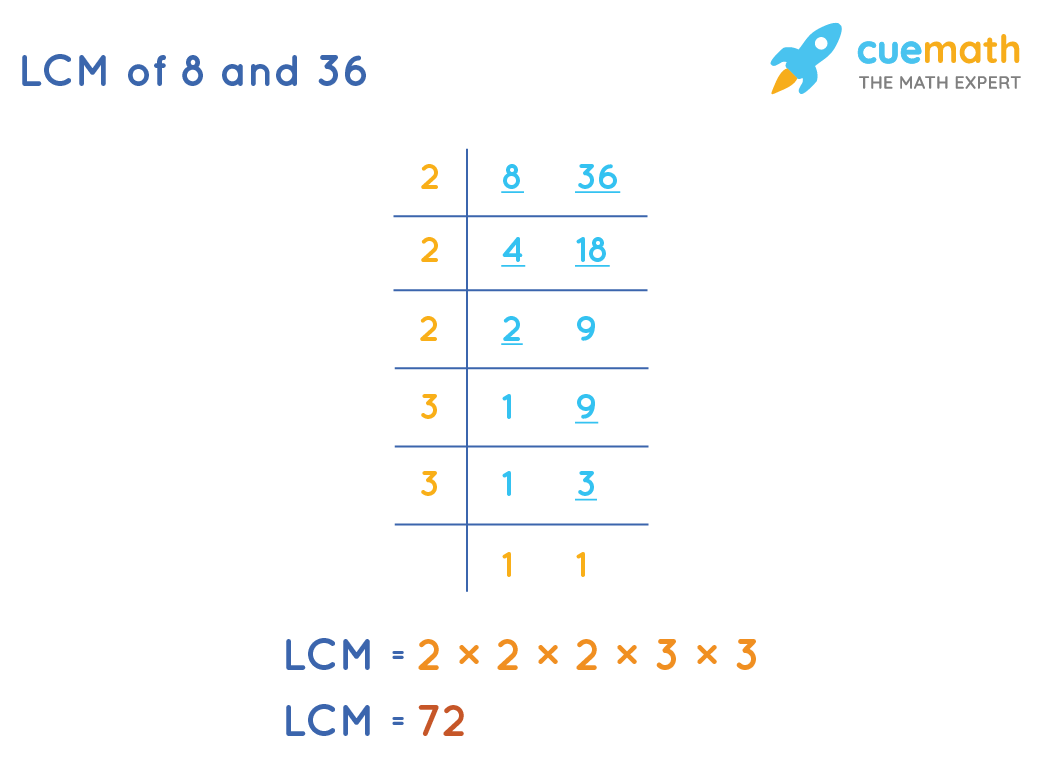