Least Common Multiple, or in short, LCM of two or more numbers is the smallest number which is divisible by the given numbers, without leaving any remainder.

LCM(9, 18) is the least number which is exactly divisible by both the numbers.

We can find the LCM by the following methods:

Listing Method of Calculating LCM of 9 and 18

The process includes the following steps: The smallest of all the common multiples is the LCM(9,18)

LCM of 9 and 18 by Common Division Method 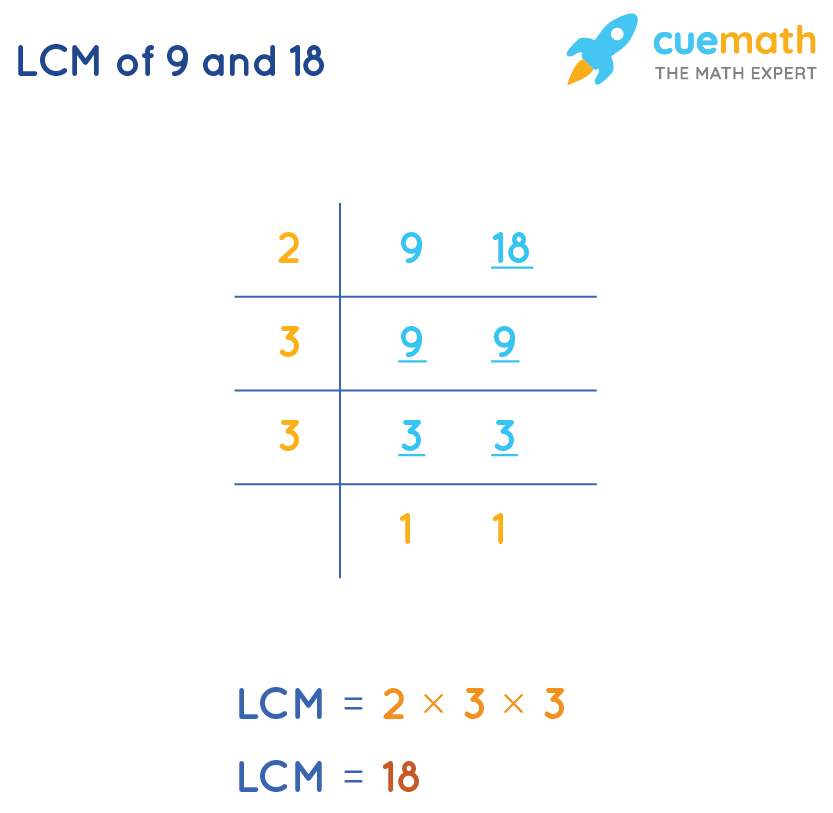 The least common multiple of 9 and 18 is unique and it is invariant with the method we choose.