Goldilocks and the three bears

Read the Story on Goldilocks and the three bears with Illustrations

Once upon a time, there lived three bears, Papa Bear, Mama Bear, Baby Bear, in a deep, dense forest. One morning, their breakfast porridge was too hot to eat, so they decided to take a walk in the woods.

There used to live a little girl called Goldilocks in the forest. One day she decided to go into the woods, as she was passing by she saw a house there. She went up to the house and knocked on the door, but there was no response, so she went inside. 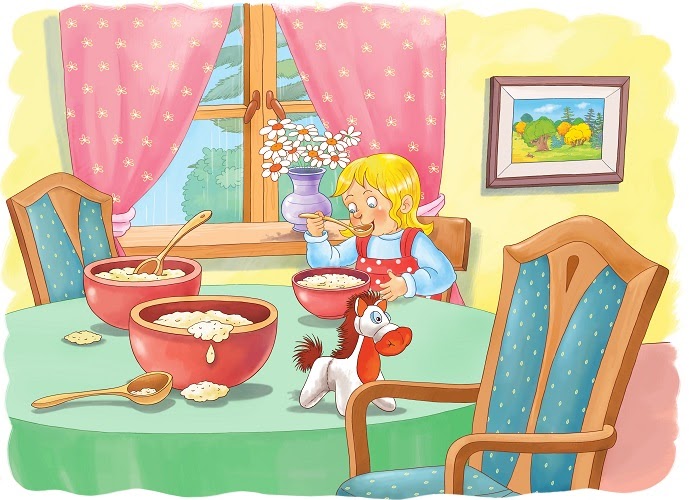 As she went inside the house, there were three porridge bowls, one large bowl, one medium bowl, and one mini bowl on the table in the small place.

Finally, Goldilocks tried a spoonful from the mini bowl, and it was so delicious that she ate the whole bowl. She then went into the living room, where she saw three chairs.

Goldilocks then went upstairs and found three beds in the bedroom. She took a nap on the big bed, but it was too big for her.

Then she took a nap on the medium bed, but it still was big. She went on to take a nap on the small bed, and it was very comfortable.

After some time, the three bears came home and saw the mess around the house. They then went upstairs and saw a little girl sleeping on the Baby Bear’s bed.

Goldilocks then suddenly woke up and started running towards her house. 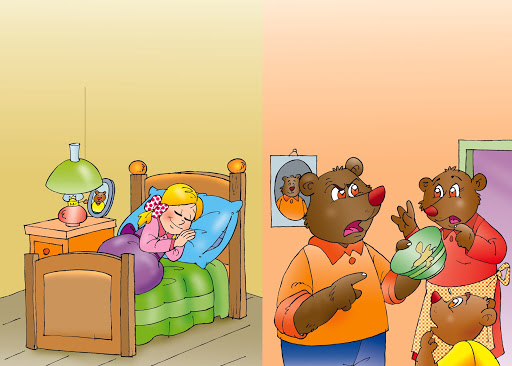 Moral of Goldilocks and the Three Bears - “Think about how your actions might hurt others.” The moral of the story focuses on self-concern and concern for Law and Order.