Read the story on Rapunzel with Illustrations

Many years ago, a single drop of sunlight fell on earth, and a magical flower bloomed. The flower was found by an old lady named Mother Gothel, who sings the ‘healing incantation’ causing it to restore her youth and beauty. She lived for hundreds of years, keeping the flower hidden.

There was a kingdom with joy and prosperity. The queen was expecting a baby, and all of a sudden, the queen was sick. The king sent out his guards to search for the famous golden flower, which possessed mighty powers that could heal anyone.

Soon, Gothel finds out that the king is looking for the flower and hides the flower under a false shrubbery. 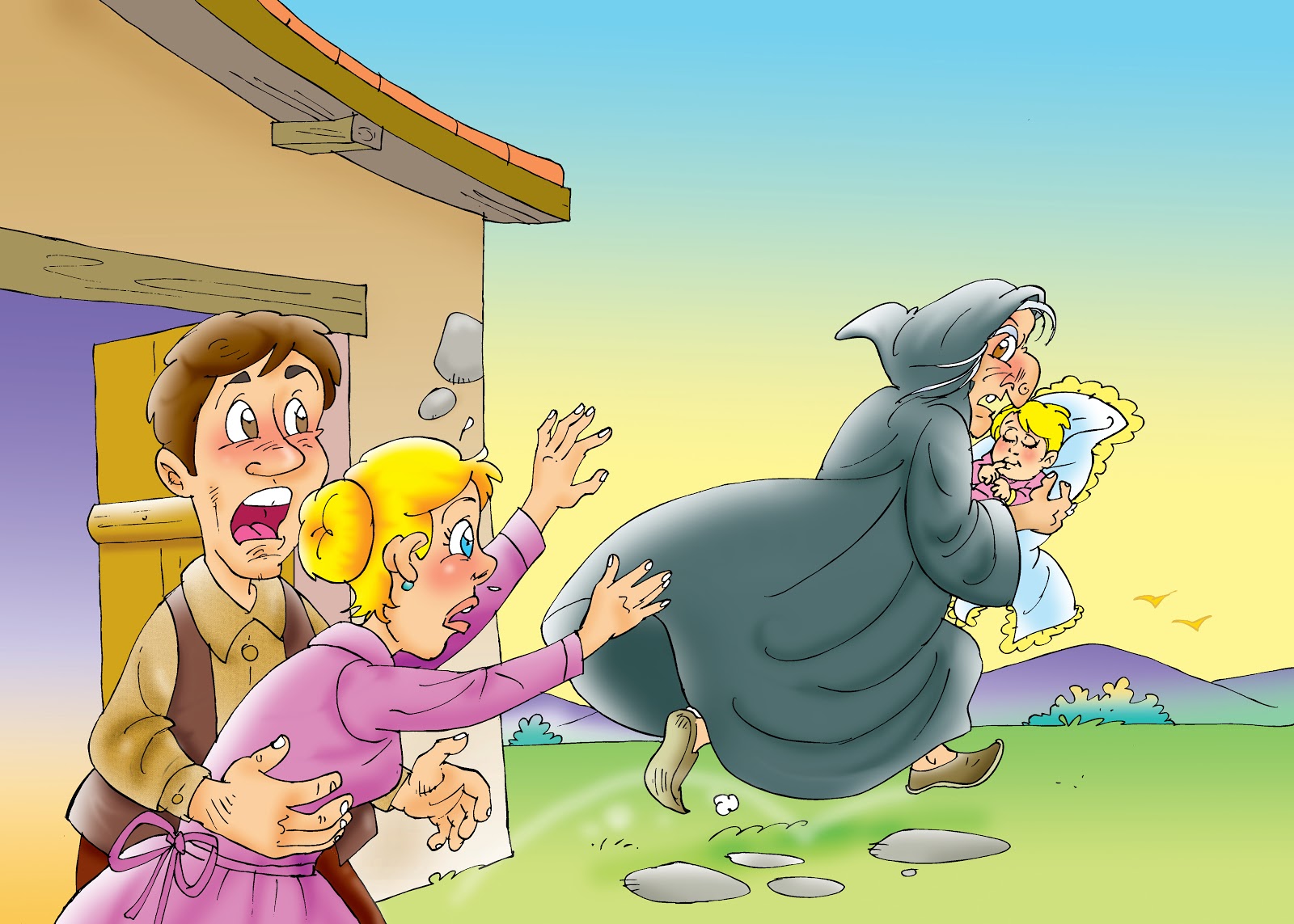 The king’s guards found the flower and took it back to the kingdom. Soon, the queen gave birth to a beautiful princess named Rapunzel. The little princess was born with beautiful golden hair that glowed with the magic of the flower. In honor of her birth, the king and queen released a floating lamp into the sky.

That night, already getting older, Gothel sneaks into the palace and cuts a strand of Rapunzel's hair to use instead of the flower. After she cuts it, the strand of hair turns dark brown. Gothel understands that cutting Rapunzel's hair causes it to lose its power. She planned to kidnap the baby before anyone sees her, and she escapes out of the window with her.

She locked her away in a hidden tower and raised her as her child, having Rapunzel sing the healing song to restore Gothel's youth. Every year afterward, on the princess' birthday, the kingdom would release hundreds of flying lanterns as a symbol of hope that the lost princess would return to them.

Meanwhile, a young thief named Flynn Rider had stolen something special from the King’s castle, and the guards were after him. Suddenly, he saw the perfect hiding place -a tower, and he climbed to it.

Rapunzel knocked him out with a frying pan. She secretly hides the satchel he stole. Flynn Rider wakes up and finds himself tied to a chair.

Days passed, and Rapunzel and Flynn managed to escape Mother Gothel and the guards. As promised, Flynn took her to see the flying lanterns. While in the town, Rapunzel realizes that she is the lost princess. Later, Flynn and Rapunzel were separated. Mother Gothel captures Rapunzel. 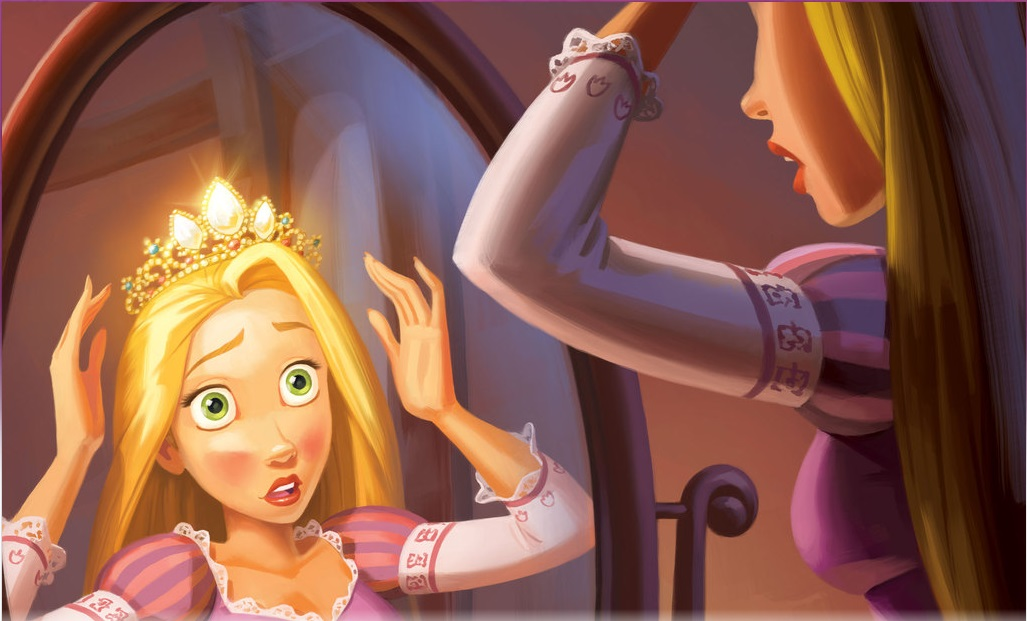 Mother Gothel took her back to the hidden tower, and Flynn arrived to rescue Rapunzel. But mother Gothel stabbed him before Rapunzel could act, Flynn cut off her hair, which lost its magic, and the hair turned brown.

Without the magic, Mother Gothel quickly aged and turned to dust. Rapunzel was now free, but Flynn was dying.

Rapunzel wept bitterly. Her tears fell on Flynn and healed him. Flynn brought Rapunzel back to the castle.

The King and Queen rushed to embrace their lost princess. That night, the entire kingdom celebrated her return.