Read the story on Snow White with Illustrations.

Once upon a time, there lived a lovely princess named Snow White. She was very kind and gentle to everyone and friends with all the animals. One fine morning, Snow White met a handsome and charming prince. They were in love together. As they sang the song of love together, Snow White's evil stepmother, The Queen, watched them with envy. The queen was jealous of the princess's beauty, and she ordered her huntsman to kill the princess. But the huntsman was kind enough and couldn't kill the princess.

He apologized in front of the princess and asked her to run far away from the queen. Snow White ran herself into a bunch of woods. She found herself lost and got scared. But soon, Snow White found a cottage in front of herself. The princess knocked from the outside, but she stepped in slowly since she got no replies from inside. She discovered that the place was a mess, but she cleaned it thoroughly with her forest friends' help.

She was confident enough that whoever lived there will let her stay. When Snow White went upwards, she found seven little beds; she thought the beds would belong to her children.  Tired of cleaning the cottage, Snow White wrapped herself on the bed and slept. Meanwhile, the seven dwarfs were heading towards their home from a long workday at the mine. They were very curious, heading towards their home cottage in the woods. The dwarfs were very surprised when they found the princess inside their cottage. When the princess woke up, she was shocked after seeing the dwarfs. 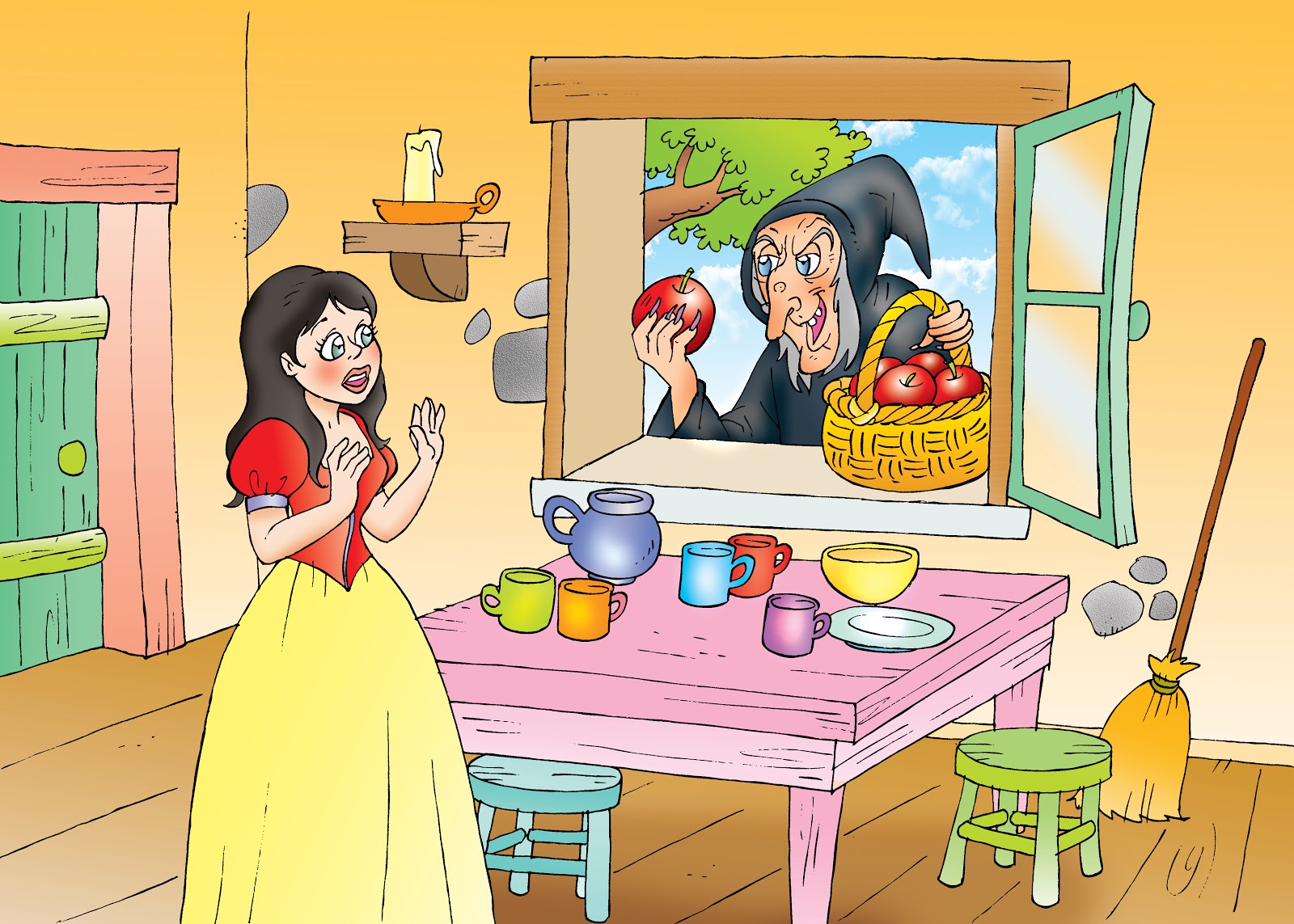 She told the story to the dwarfs. The dwarfs wanted to protect the princess from the evil queen, and hence they allowed her to stay with them. They all were singing and dancing that night to celebrate their friendship. But the evil queen somehow came to know that the princess was still alive. She got enraged by the news and made a magic poison to change her appearance. 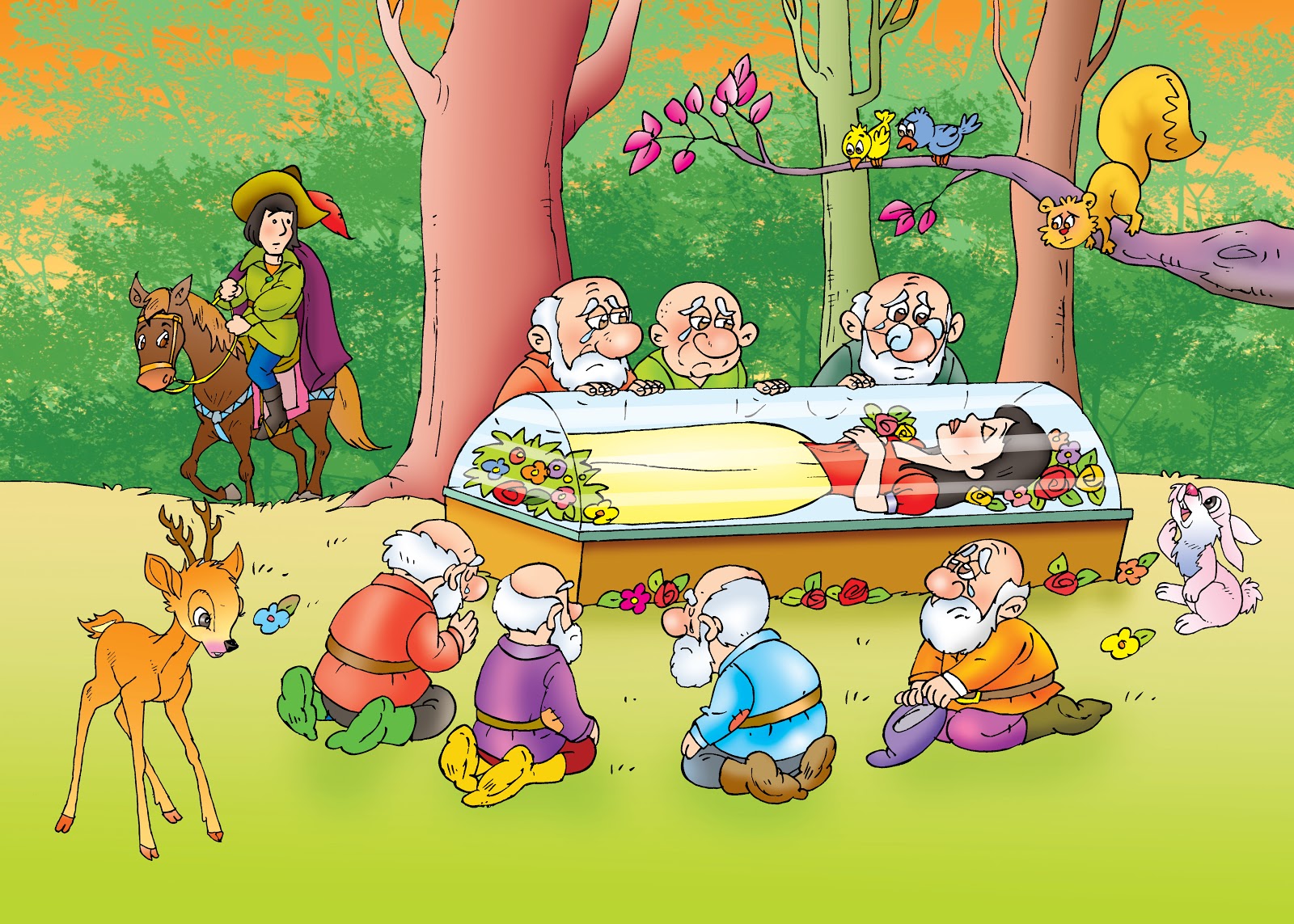 Finally, the charming prince arrived. He had been searching for the princess everywhere. The prince awakened Snow White with a kiss and broke the queen's spell. Snow White and the prince returned to the castle and lived happily ever after.