Read the Story on The Golden Touch with Illustrations

There was once a king named Midas who was granted a wish by the God of wine, Dionysus. Midas wished for whatever he touched would turn to gold. Although Dionysus tried to dissuade him, Midas insisted that the wish was an excellent one, and it was granted!

Excitedly, Midas went about touching all sorts of things, turning them into gold.

Soon Midas became hungry. He picked up a piece of food, but he couldn't eat it, as it had turned to gold in his hand! "I'll starve," moaned Midas, "Perhaps this was not such a good wish after all!" he thought. 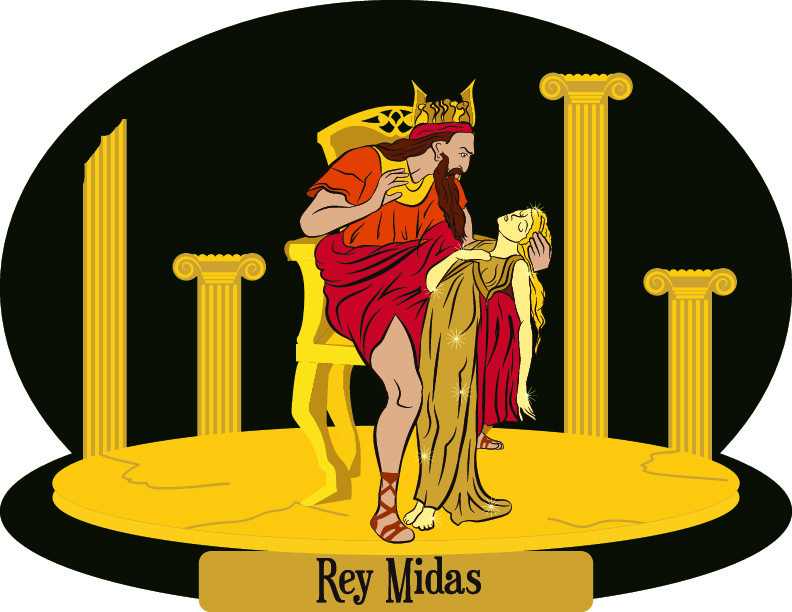 Seeing Midas sad, his beloved daughter came near him to comfort him and she too turned to gold! "The golden touch is no blessing," cried Midas.

He went to the river and wept. The sand of that river turned as yellow as "fool's gold" for it is there, they say, that King Midas washed away the curse of the golden touch with his tears.

Moral of the story: Greed will always lead to downfall.