The Goose that Laid the Golden Eggs

The man took the egg to the town to sell it. After selling the golden egg, he got a lot of money, and soon he became rich. But it was no longer than he realized that the goose used to give a single golden egg every day. Now he became impatient with the goose because he was not getting rich fast enough. 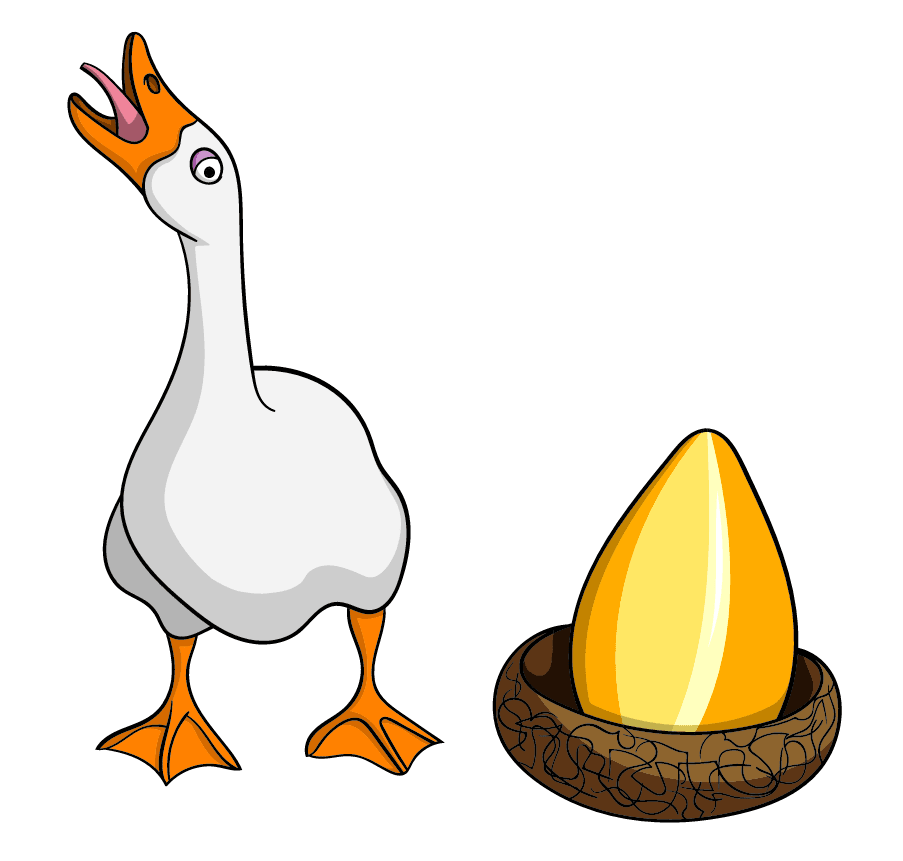 Then, one another day, when he finished counting all his money, a cruel idea struck his mind that why not become rich in a single go. He finally decided to chop off the precious goose and get all the golden eggs that would help him get rich suddenly. After he performed this evil deed, he soon realized that the goose was now dead. But he did not get a single golden egg. His precious goose was dead and gone forever.

Moral of The Goose that Laid the Golden Eggs - Those who have plenty want more and lose all they have. Hence, be happy with what you have.