Read the story on Thumbelina with Illustrations

Once upon a time, in a faraway village, lived a lonely lady. She always wanted to have a child in her life but alas, her husband died and left her alone. One day she went to her friend, who was a witch. The witch gave her a grain of barley and told her to go back home and plant it. The next morning, a beautiful tulip plant had grown from the seed. The women had never seen such a beautiful flower, that had grown from the plant. She gently kissed one of its petals, as she did that, the flower blossom opened. Inside it, was a beautiful little girl, no bigger than the size of her thumb. The woman instantly fell in love with her and called her Thumbelina.

Thumbelina was instrumental in taking away the women's loneliness. Thumbelina would sleep in a bed out of a walnut shell, with a blanket made out of rose petal. One night, while Thumbelina was sleeping, a frog came to her window and looked at her. He thought to himself, what a beautiful girl, she could make a lovely bride to his son. Thus grabbed her and hopped away to his home. When his son saw her, he was mesmerized by her beauty and agreed to marry her, but only after he had finished building a house for her. The frog’s father decided to put Thumbelina on the water lily in the middle of the pond till his son had built the house to avoid her from escaping.

Unable to escape, the little girl broke down into tears and wished her to escape back to her home, as soon as possible. Two minnows were sitting under the same leaf and they heard her cry. They asked her about her troubles and when she told them, they decided to help her. They nibbled away the lilies' stems. Soon it broke and floated away with a Thumbelina.

Just when she thought she was free, she was picked up by a beetle and he took her to his home. The beetle introduced Thumbelina to his friends, who thought that she was too different from them, thus he should not keep her but set her free. The beetle agreed to his friends and left her in long grass with flowers all around. Thumbelina was very happy, as she was set free, but she still didn’t know where to go as her home was nowhere visible to her.

While walking further inside the jungle, she stumbled upon a small house of mud. It had a strange round entrance. She went up to it and knocked on the door, a mouse came to open the door and welcomed Thumbelina inside. Thumbelina felt happy as she was welcomed like a guest and offered to stay there till she needed to. The mouse even invited all his friends, so that they could also meet his new friend. One of his friends was attracted to Thumbelina so very much, that he proposed to her instantly and Thumbelina also agreed to marry him. And she went along with what was happening and they all left the house for mice’s friend's house. They passed through a tunnel where an injured bird was lying on the ground. The mice’s friend kicked the creature and abused it for doing that it had to suffer this way now. Thumbelina was shocked to see such behavior by any creature, and she ran away from there. She returned when the two mice had left, to treat the injured bird with the utmost care so that it could fly again. 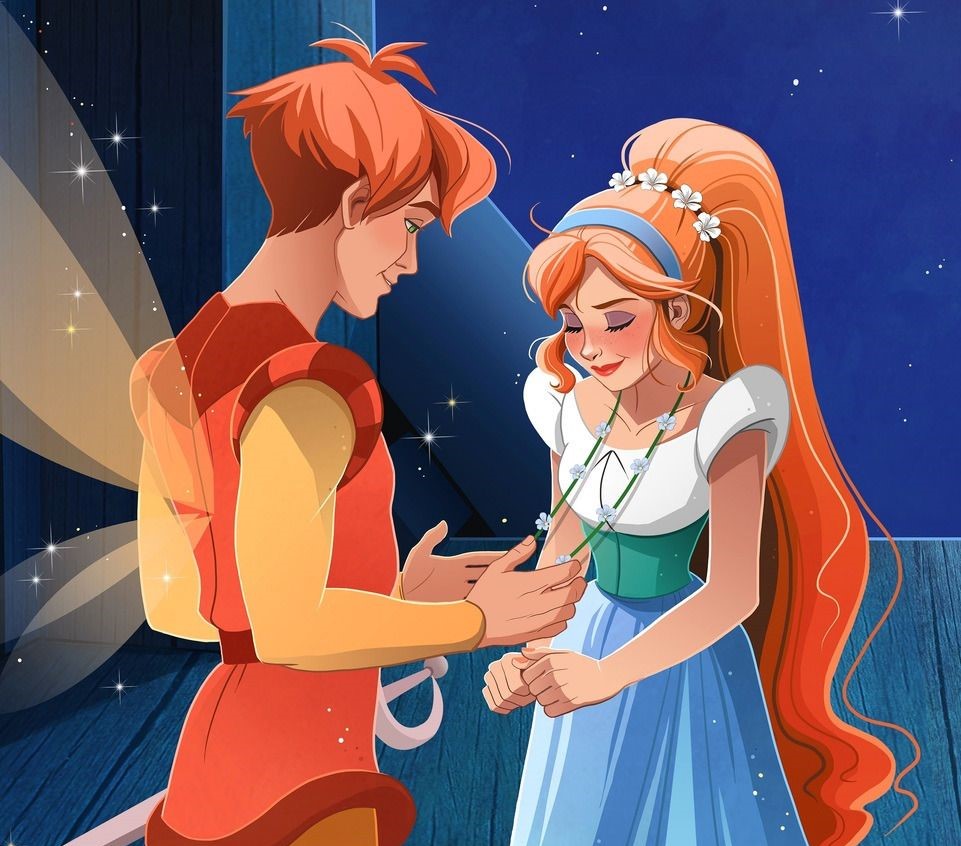 A few months had passed when the love-struck friend of the mouse found Thumbelina again. He told Thumbelina that she had no choice but to marry him, this time. Thumbelina knew that there was no way out for her. So she asked him that she needed one last day out, in the open air. As she roamed in the open field, for one last time, she saw her old friend bird, whom she had saved from dying. The bird asked Thumbelina to hop on her back so that it could take her away. The bird took Thumbelina to the kingdom of flowers and landed her a beautiful petal of the flower. Her presence attracted the king's attention and he was too persuaded by her beauty very quickly. And asked her to marry him. Thumbelina replied yes and as the happiness spread across her face, she grew a beautiful pair of wings and became the flower queen.

Moral of the story “Thumbelina”: The moral is very clear, that we will encounter many problems and obstacles in our life. Many do something that we don’t want, but as long as we are true to ourselves, honest, and kind, just like Thumbelina, we will overcome these obstacles and in the end get what is best for us.