RESOLUTION OF A VECTOR IN A GIVEN BASIS 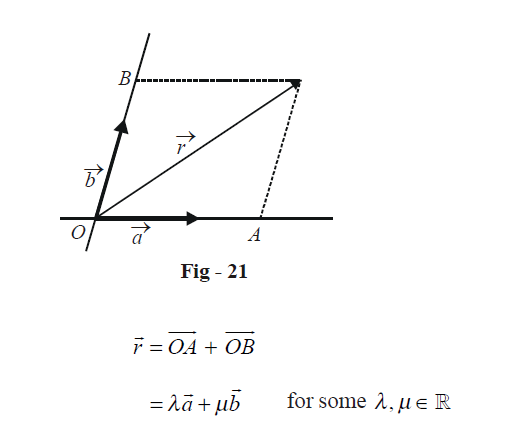 We can extend this to the three dimensional case: an arbitrary vector can be resolved along the basis formed by any three non-coplanar vectors, giving us three corresponding components. Refer to Fig - 20 for a visual picture.

Any vector \(\vec r\) in this basis can be written as 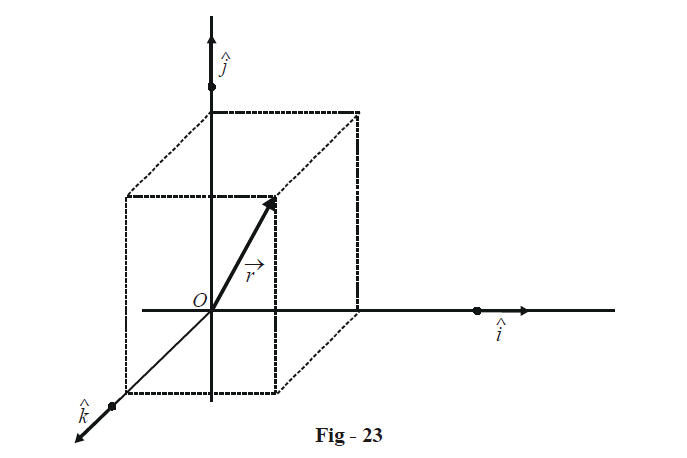 In this case, any vector \(\vec r\) will have three corresponding components, generally denoted by x, y and z. We thus have