A number is a basic component of mathematics. Numbers are used for counting, measuring, keeping things in order, indexing, etc. We have different types of numbers based on their properties such as natural numbers, whole numbers, rational and irrational numbers, integers, real numbers, complex numbers, even and odd numbers, etc. We can apply the basic fundamental arithmetic operations of numbers and determine the resulting number. Initially, tally marks were used before the use of numbers. Let us now introduce the concept of numbers and understand their different types and their properties.

Along with numbers, we come across the interesting world of factors and multiples. This world includes prime numbers, composite numbers, co-prime numbers, perfect numbers (yes, numbers could be perfect!) HCF, LCM, and prime factorization.

Let’s get started on our journey of numbers. You can go ahead and explore all important topics in Numbers by selecting the topics from the list given below:

Building pre-number math skills is a prerequisite to understanding numbers. Pre-number skills like matching, sorting, classifying, ordering, and comparing sets the stage to build a strong number sense. Pre-number Math skills are built-in preschool years. Kids learn how to stand before they start taking small steps. In the same way, the pre-number concept is very important for them to start understanding Mathematics. In this section, we will cover the different pre-number concepts like Matching and Sorting, Comparing and Ordering, Classification, and Shapes and patterns.

Example: Observe the figure given below which shows 2 columns. The left column displays the numbers 1 to 4. The right column displays rows of items. The numbers are matched to the quantities they represent. This is an essential skill for children aged 3 to 4 years. 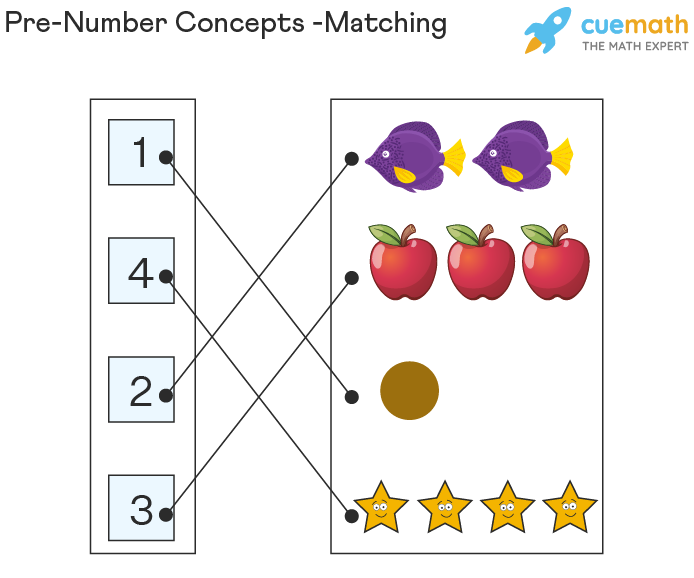 Number names are used to represent numbers in an alphabetical format. A specific word is used to refer to each number. To write a number in words in English, we should know the place value of each digit in the number.

Example: Observe the figure given below which shows that 23 is written as 'twenty-three' in the number names form. 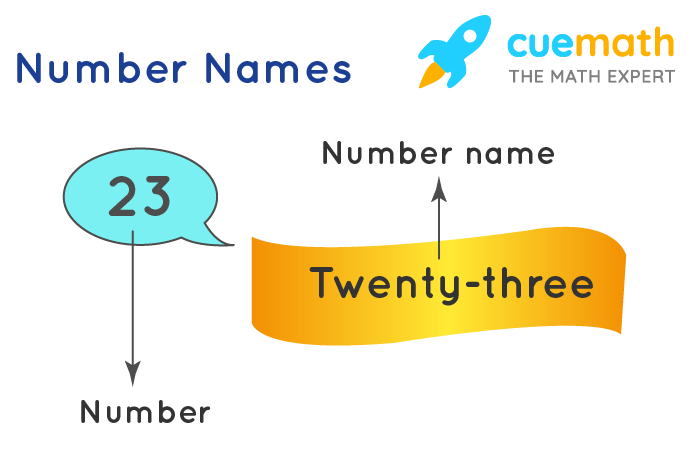 The rules of PEMDAS outline the order of the operations and give structure to nested operations. In mathematics, PEMDAS is an acronym that stands for P- Parentheses, E- Exponents, M- Multiplication, D- Division, A- Addition, and S- Subtraction. 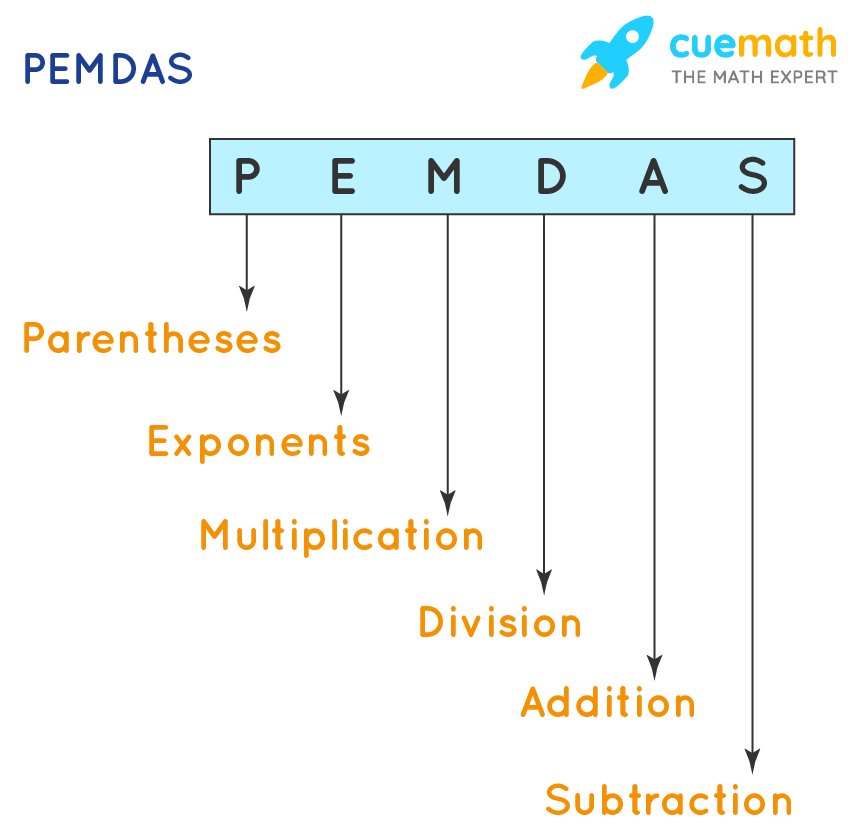 Let’s learn in detail the different concepts of PEMDAS such as Addition, Subtraction, Multiplication, and Division. 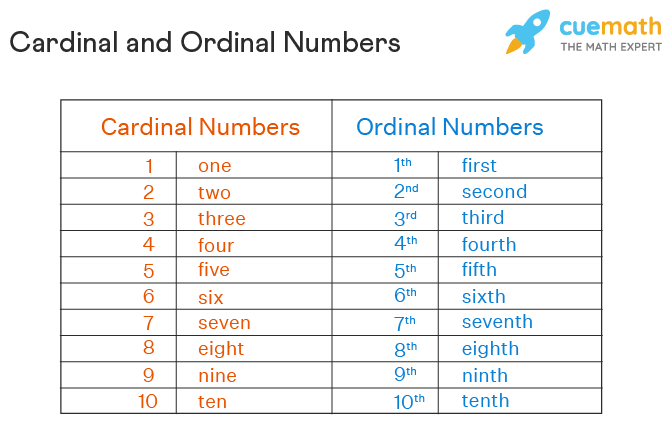 Consecutive numbers are numbers that follow each other in order from the smallest number to the largest number. They usually have a difference of 1 between every two numbers.

Example: Observe the figure given below which shows a list of consecutive numbers.

Integers are numbers that consist of whole numbers and negative numbers. All integers are represented by the alphabet Z and do not have a decimal or a fractional part. A number line is full of integers. On the left side, you can find negative integers while on the right side you have the positive ones. Don’t forget the zero in between!

Even Numbers and Odd Numbers

Example: Observe the following figure which shows that even numbers are completely divisible by 2. Example: Observe the following figure which shows that odd numbers are not completely divisible by 2 and when they are divided by 2 we get 1 as the remainder. 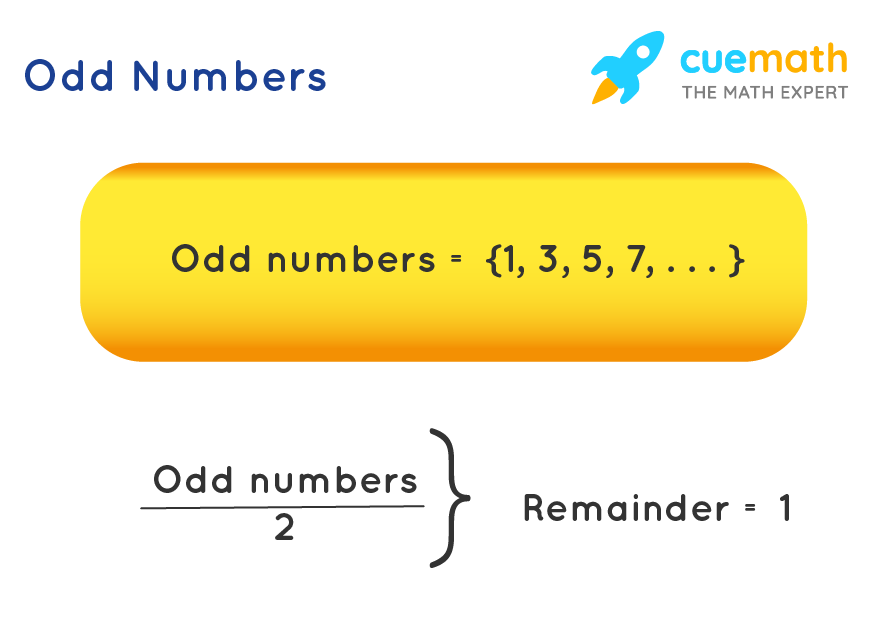 Well, now we know that a prime number has just two factors,1 and the number itself.

Example: The following figure shows two co-prime numbers 8 and 15 that have only 1 as their common factor. 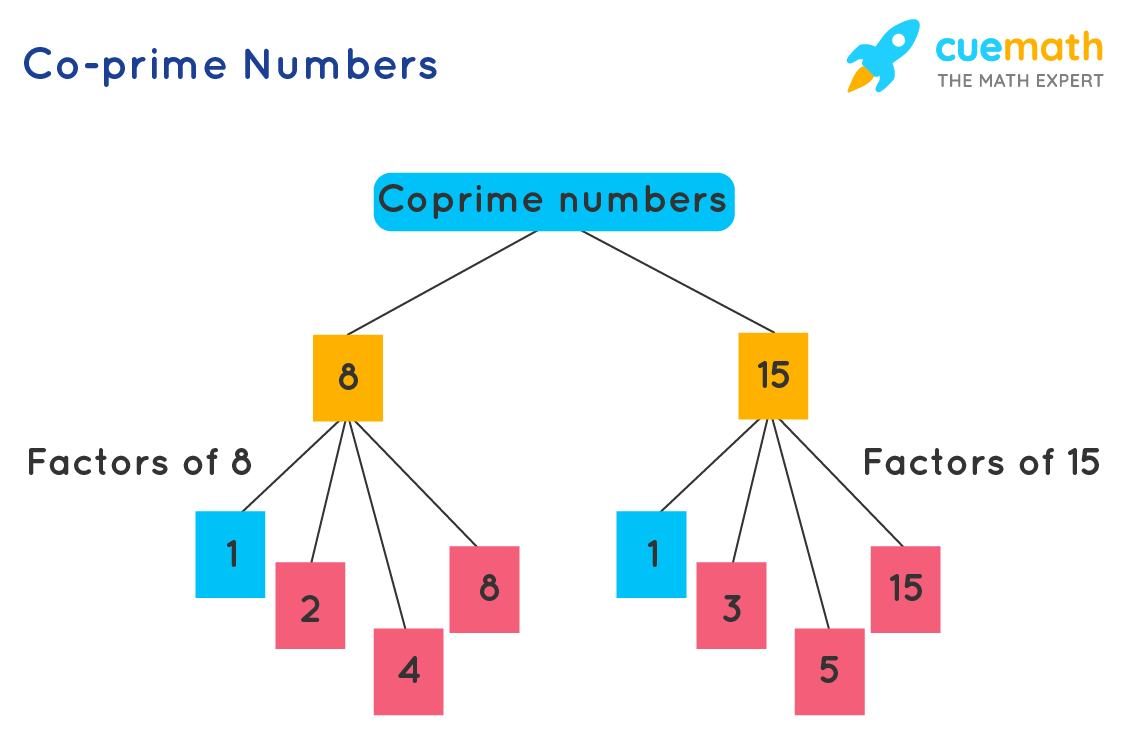 Example: The following figure shows that 6 is a perfect number because the sum of its factors (1,2,3) leads to 6. 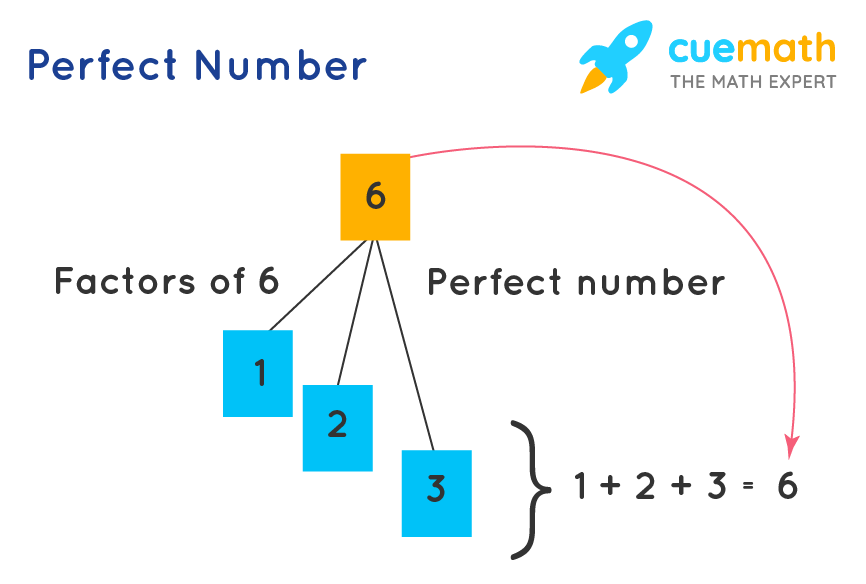 Fractions are a part of a whole. They are represented by numbers that have two parts to them and they are separated by a fraction bar. There is a number at the top, which is called the numerator, and the number at the bottom is called the denominator.

Example: The following figure shows a fraction in which 1 is the numerator and 4 is the denominator. 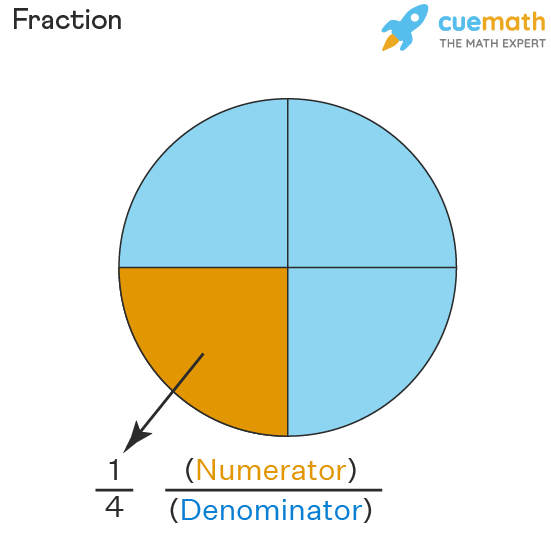 What about Decimals? A decimal number has a whole number part and a fractional part. These parts are separated by a decimal point.

Example: Observe the figure given below which shows a decimal number that has a whole number part and a fractional part. Decimals are really interesting. They have a whole number part and they can also be represented as fractions. Some more decimal-related concepts can be explored on pages like, Addition and Subtraction of Decimals, Multiplication of Decimals, and Division of Decimals.

Irrational numbers cannot be represented as a simple fraction. Their decimal expansion neither terminates nor becomes periodic. Some more topics related to irrational numbers can be studied on pages like Square Root of Two is Irrational, Decimal Representation of Irrational Numbers, The exactness of Decimal Representation, Rationalize the Denominator, Surds, and Conjugates and Rationalization. Example: Observe the figure given below which shows that a complex number consists of real numbers and an imaginary part. 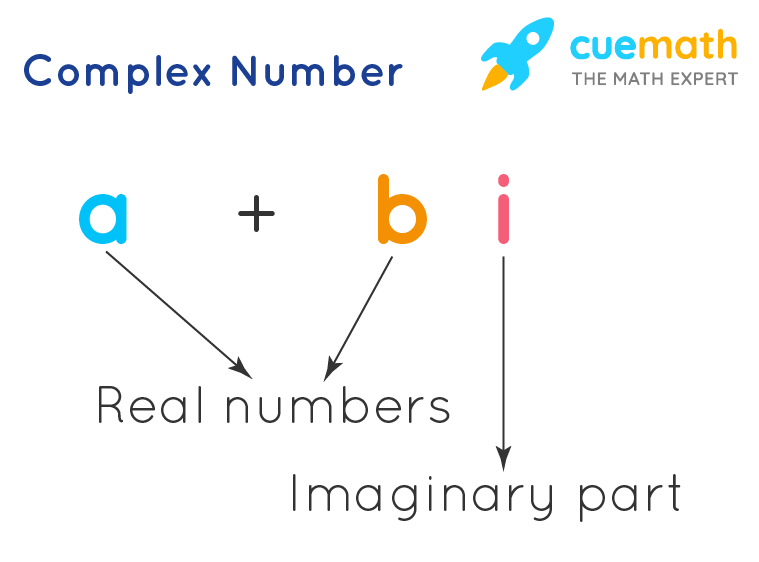 A multiple of a number is a number obtained by multiplying the given number by another whole number.

Example: Observe the following figure which shows the HCF of 15 and 21 which is 3. When we consider two numbers, each will have its own set of multiples. Some multiples will be common to both numbers. The smallest of these common multiples is called the Least Common Multiple (LCM) of the two numbers.

Example: Observe the following figure which shows the LCM of 8 and 10 which is 40. Example: Observe the figure given below which shows the prime factorization of 12. 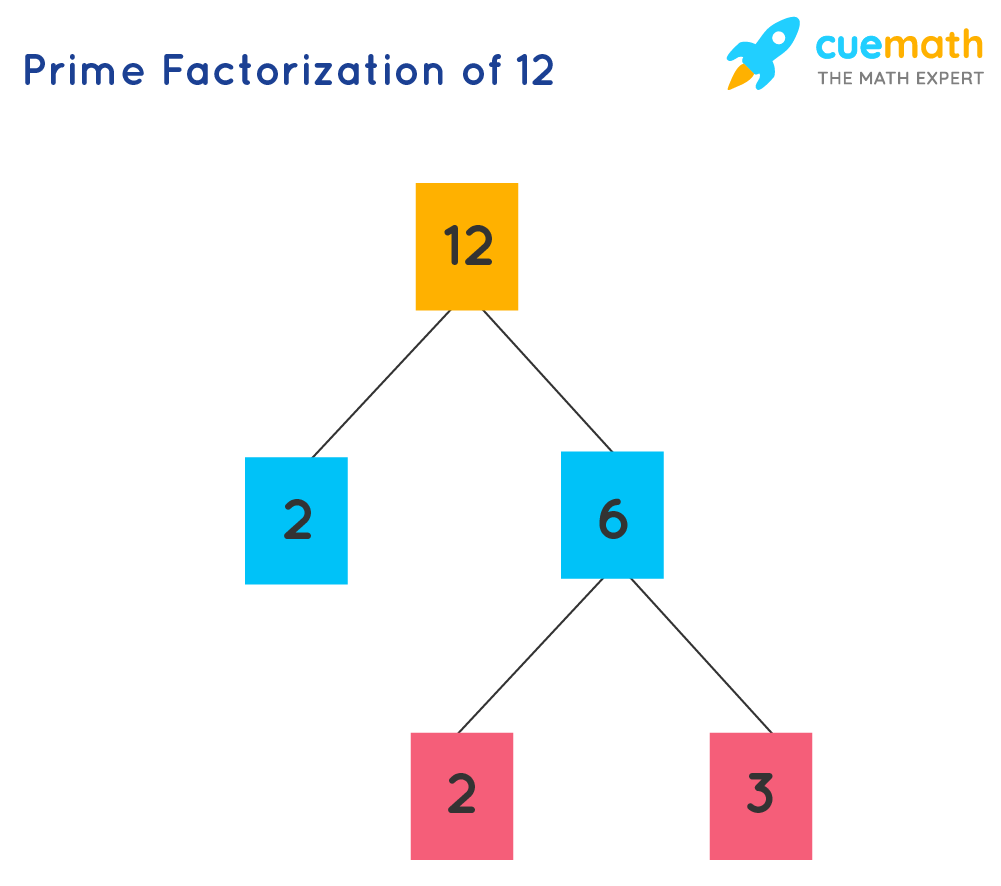 The basic properties of numbers that are used in mathematics are:

What are Numbers in Math?

Numbers form the basis of mathematics. Numbers are used for counting, measuring, keeping things in order, indexing, etc. We have different types of numbers based on their properties

What is the Smallest Whole Number?

What are the First 10 Numbers?

What is Not a Real Number?

All basic numbers, including irrational numbers, fall under the subset of real numbers. There is NO number that is not a real number unless it is an imaginary number. Non-real numbers cannot be expressed on a number line.

How are Numbers Formed?

Why are Numbers Important in our Life?

Numbers are a part of our everyday life. These are used in an unlimited range of ways, from mathematical calculations, mobile numbers, and phone calls, identification of bank accounts, exchange of money to cooking, etc.

What are the Basic Numbers?

What are Whole Numbers in Math?

How to Write the Number 100 in Words?

The number 100 in words is written as Hundred.

What are the First Five Natural Numbers?

What are the Roman Numbers in Maths?

What are the Properties of Numbers?

Some of the important properties of numbers are: