Real Numbers
Go back to  'Numbers'

Observe the following table to understand this better. The table shows the sets of numbers that come under real numbers.

Since the set of real numbers is the collection of all rational and irrational numbers, real numbers are represented by the symbol R. Here is a list of the symbols of the other types of numbers.

All numbers except complex numbers are real numbers. The real number system has the following five subsets:

Among these sets, the sets N, W, and Z are the subsets of Q. The following figure shows the relationship between all the numbers mentioned above. 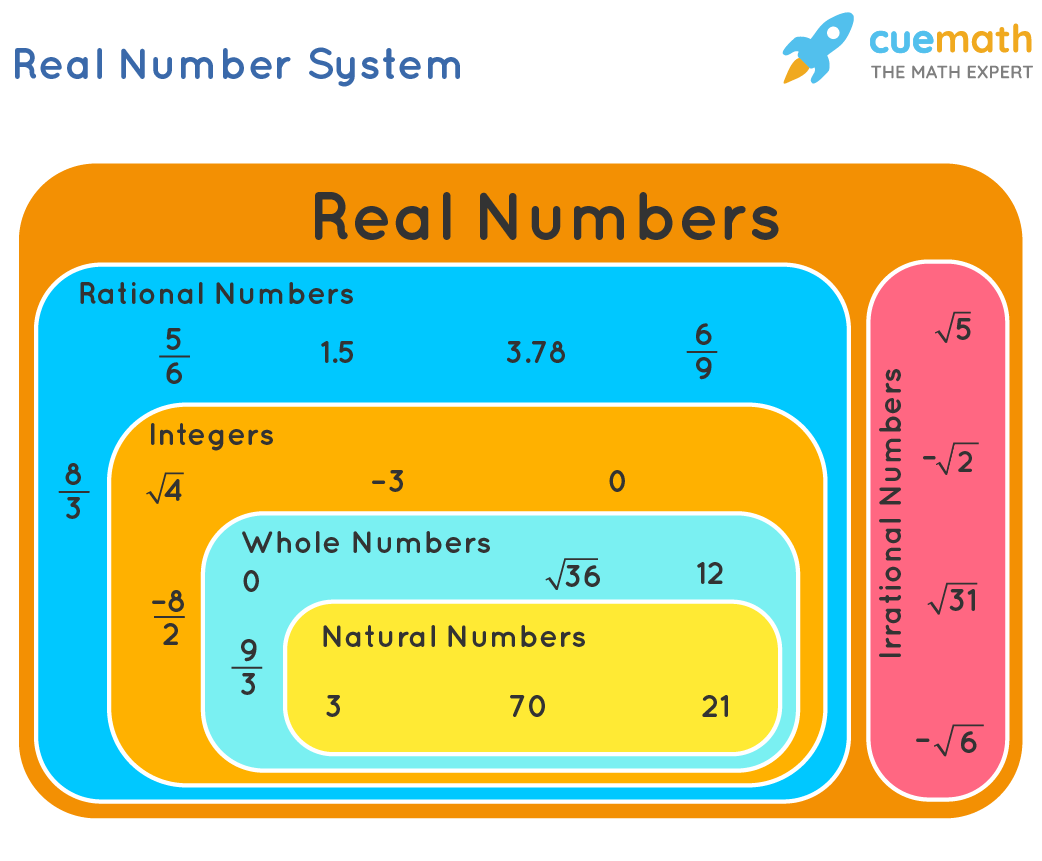 Any number which is defined in the form of a fraction p/q or ratio is called a rational number. The numerator is represented as p and the denominator as q, where q is not equal to zero. A rational number can be a natural number, a whole number, a decimal or an integer. For example, 1/2, -2/3, 0.5, 0.333 are rational numbers.

Given below is the list of topics that are closely connected to real numbers. These topics will also give you a glimpse of how such concepts are covered in Cuemath.

What is the Set of all Real Numbers?

How to Represent Real Numbers on Number Line?

Real numbers can be represented on a number line by following the steps given below:

Is the Square Root of a Negative Number a Real Number?

Yes, 9 is a real number because it belongs to the set of natural numbers that comes under real numbers.

Which Numbers are Not Real Numbers?

Among the given numbers, ⎷-5 is a complex number. Hence, it cannot be a real number. The other numbers are either rational or irrational. Thus, they are real numbers. Therefore, the real numbers from the list are ⎷6,  -3,  3.15, and -1/2

This decimal value neither repeats nor terminates at any point. So, ⎷3 is an irrational number. Therefore,  Emma is right.