Multiplication
Go back to  'PEMDAS'

Multiplication is one of the four basic arithmetic operations. Operations that can be applied to different math concepts like multiplying and dividing fractions, decimals, rationals, integers etc. These operations form the building blocks for the other math concepts.

Multiplication might seem as a tough task at first, but when you break it down and practice the basics, you will have it figured out in no time. All multiplication is, is repeated addition.

Multiplication at lower grades is best introduced as repeated addition. In grades \(1\) and \(2\) it is the first time that kids are getting to know what multiplication is. To begin with multiplication should be introduced using objects. That’s actually all there is to it. Simple right? The image given below shows 4 groups of 3 apples each which is nothing but 4 x 3 = 12.

It is important, however, that, before multiplication is taught formally, children should be familiar with the following experiences and skills.

1. Be able to count securely

3. Be able to form groupings of the same size

Comfort with multiplying and dividing quantities can help in high school math and also math in our everyday lives. 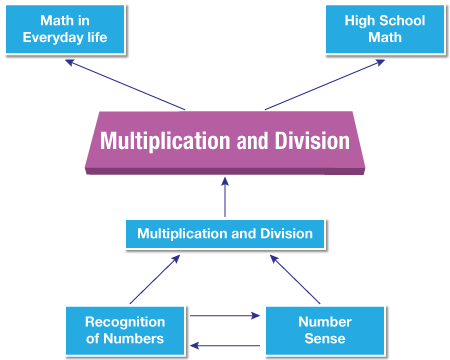 After the idea has been introduced using objects, dot arrays can be used to strengthen this idea. 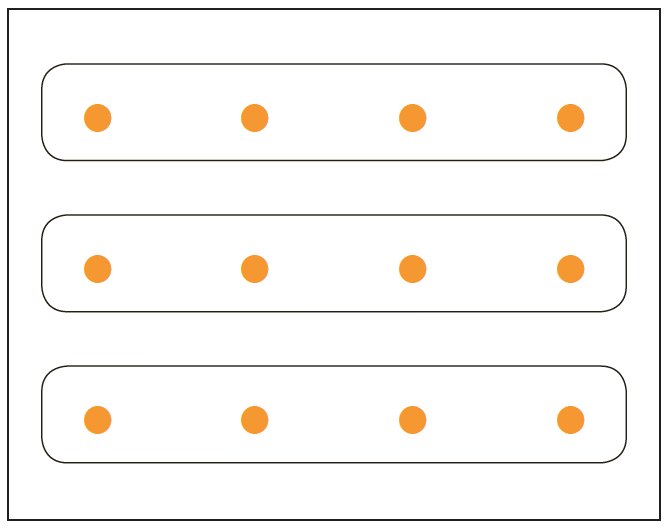 Eventually when the children are comfortable with the idea of multiplication using objects, it is time to introduce it on a number line. This time using only the numbers.

Multiplication tables can be built using the dot arrays. Understanding this would make the retention of tables easier. Given below is an example of building tables using dot arrays, 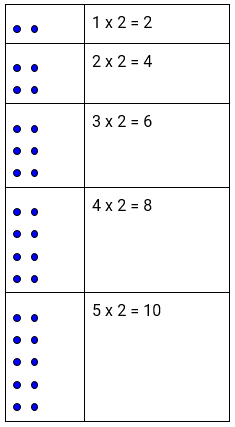 Another way to build multiplication tables is by using a 100 grid.

Given below is the progression that should be adopted while teaching multiplication.

1. Moving from unitary counting to counting in multiples;

2. The notion of repeated addition (including number line modelling) and doubling;

5. Simple scaling (by whole number scale factors) in the context of measurement or money;

Let’s try and understanding how do we multiply numbers using standard algorithm. 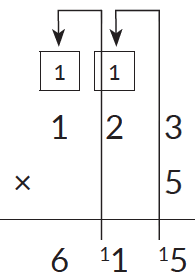 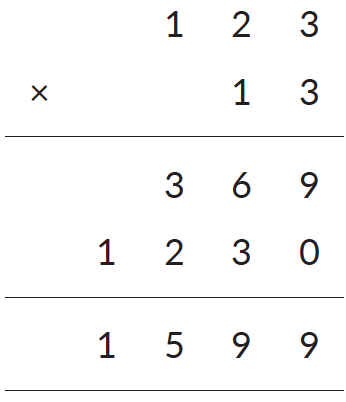 How do you teach Multiplication and Division?

2. Use Math manipulative such as colour counters to multiply quantities.

3. Get a laminated sheet with multiplication facts written on it. You can ask children to represent the fact using some stickers or bindis.

4. Put charts at home. Every once in a while question the child related to something given on the chart.