Data can be of several types: data that you input into a computer program to get an output; it can also be statistics of a country's population. In fact, this information that you are reading at the moment can also be classified as data. Data in math can be any information or fact. It can be a number, an observation, an alphabet, or any collective knowledge about anything.

What is Meant by Data?

Data is referred to as a collection of information gathered by observations, measurements, research, or analysis. It may comprise facts, figures, numbers, names, or even general descriptions of things. Data can be organized in the form of graphs, charts, or tables for ease in our study. Data scientists help in analyzing the collected data through data mining. For example, information gathered can be represented in the form of data as given below,

You can go ahead and explore all important topics in Data by selecting the topics from this list below:

Data handling refers to the process of gathering, recording, and presenting information in a way that is helpful to others. Data is usually represented in the form of pictographs, bar graphs, pie charts, histograms, line graphs, etc. Below given are different ways to represent data:

A pictograph is a representation of data using different images or symbols." Pictographs in maths typically find application in concepts like data handling. They help in laying the foundation for the interpretation of data based on pictorial information.

For example, the pictograph given below depicts the data of the different types of pizzas that were ordered on a random day. 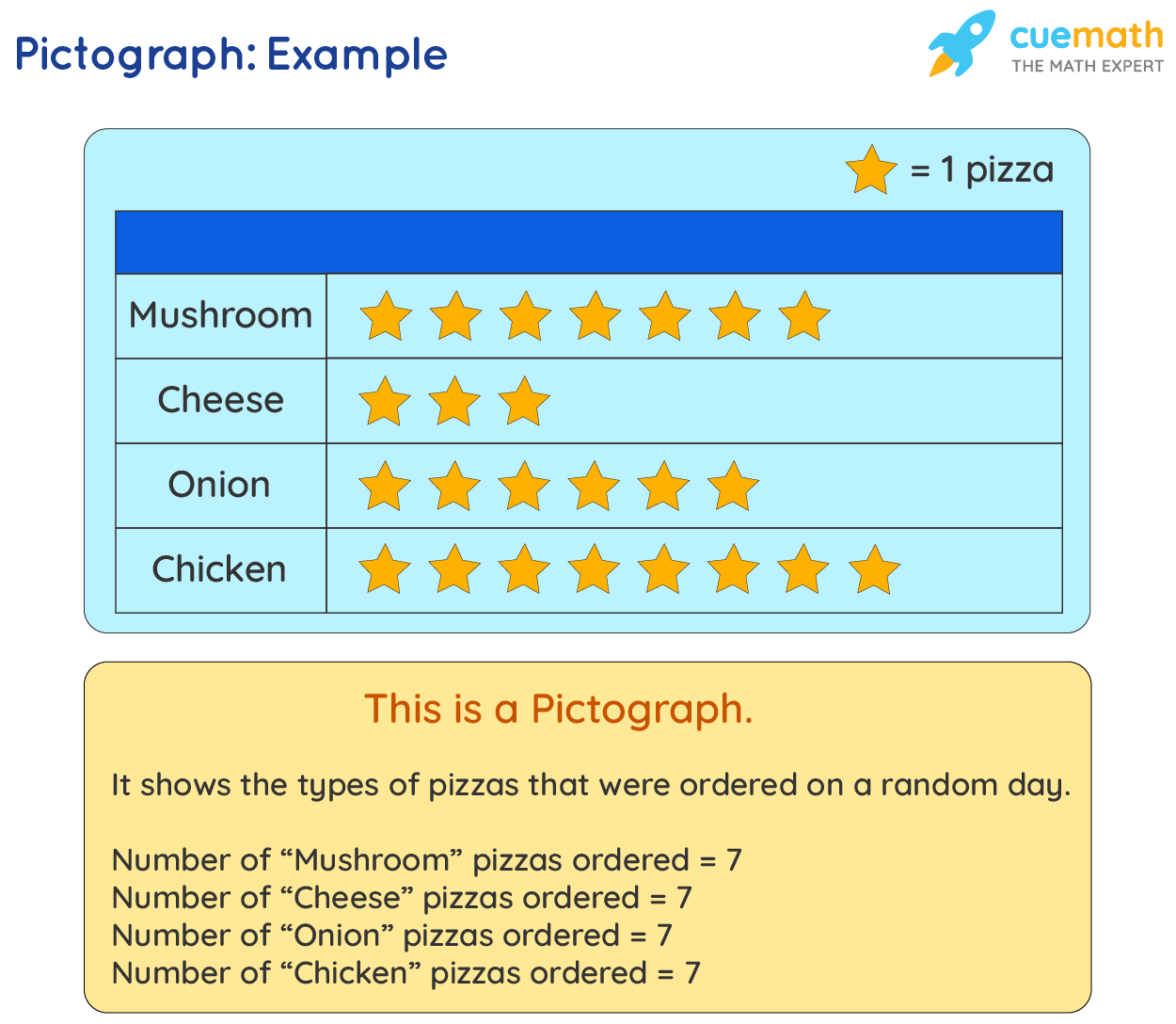 A pie chart is another type of graph that is used to visually display data in a circular graph. Pie charts are one of the most commonly used graphs for the representation of data using the attributes of circles, spheres, and angular data to represent real-world information. Pie charts are circular-shaped charts that record discrete data whereby pie represents the whole and the slices represent the parts of the whole.

For example, the pie chart given below depicts the data of the different kinds of desserts preferred by kids at model school. 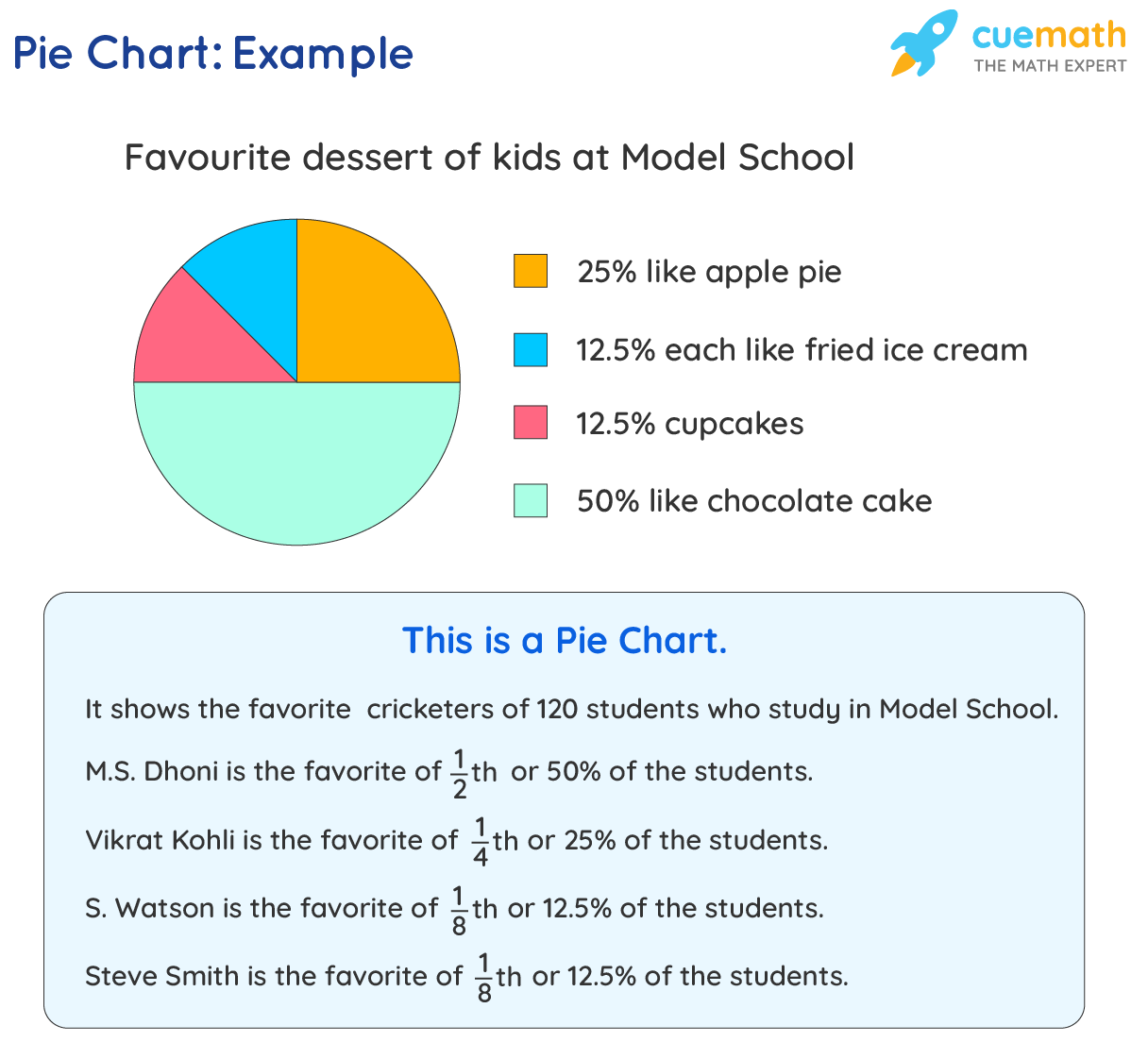 The bar graph is a specific way of data representation using rectangular bars, where the length of each bar is proportional to the value the bar represents. Bar graphs, also referred to as are the pictorial representation of grouped data. Bar graphs are one of the examples of data handling that are an excellent tool when representing data that are independent of one another and don’t need to be in any specific order while being represented.

For example, the bar graph given below depicts the data of the number of employees in the different departments of Cmath Inc. 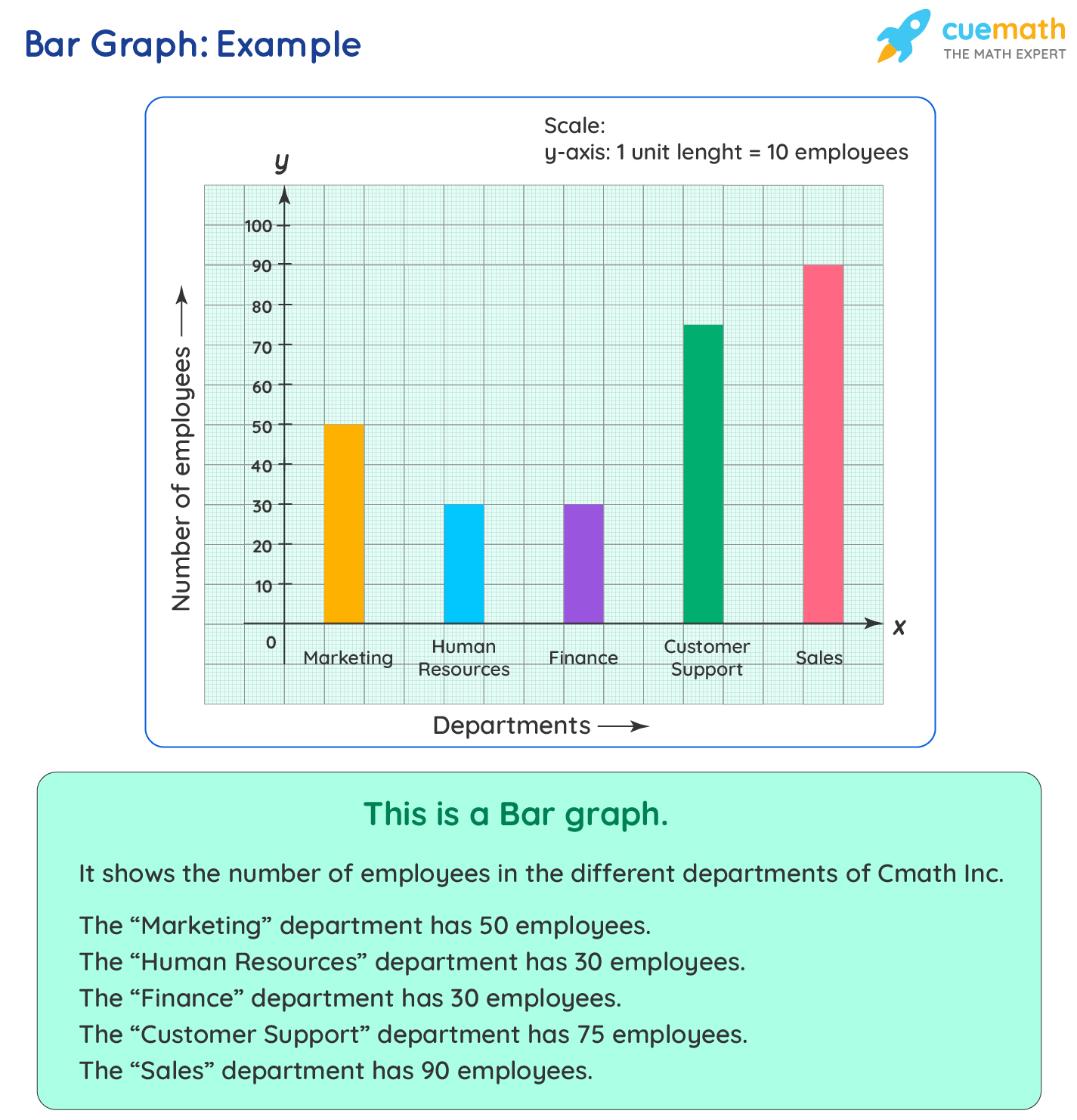 A line graph is a special type of graph used to display change over time as a series of data points connected by straight line segments on two axes. The line graph, also called a line chart, helps to determine the relationship between two sets of values, with one data set always being dependent on the other set.

They are helpful in demonstrating information factors and patterns unmistakably. Line diagrams can make future expectations about the consequences of information not yet recorded.

For example, the line graph given below depicts the data of the pass percentage of Grade 7 students in a scholarship exam from the year 2010-2016. 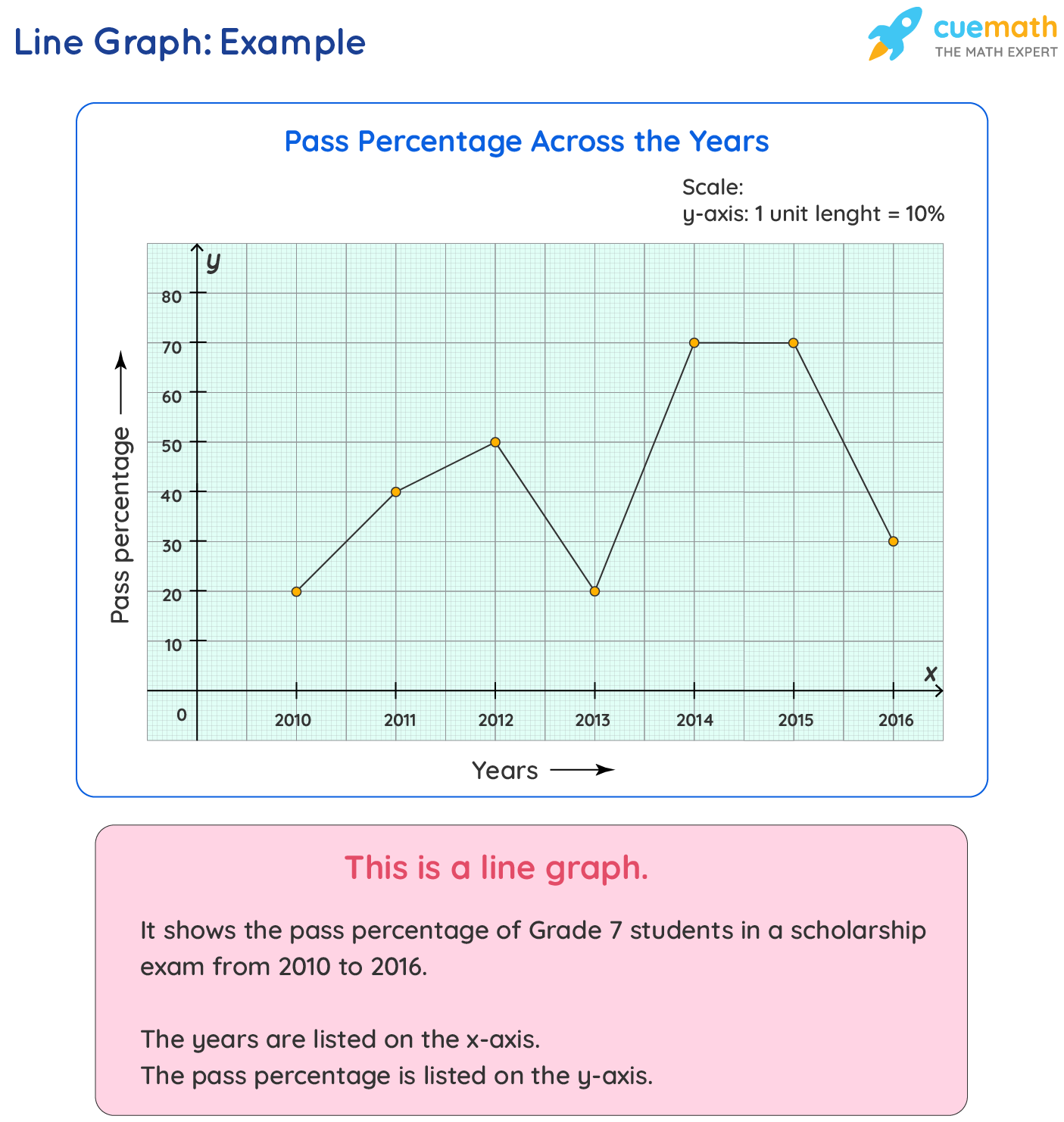 A histogram is defined as a graph with a set of rectangles with bases along with the intervals between class boundaries. Each rectangle depicts some sort of data and all the rectangles are adjacent. The heights of rectangles are proportional to corresponding frequencies of similar as well as for different classes. For example, the bar graph given below depicts the data of the preference of a particular sport among people. 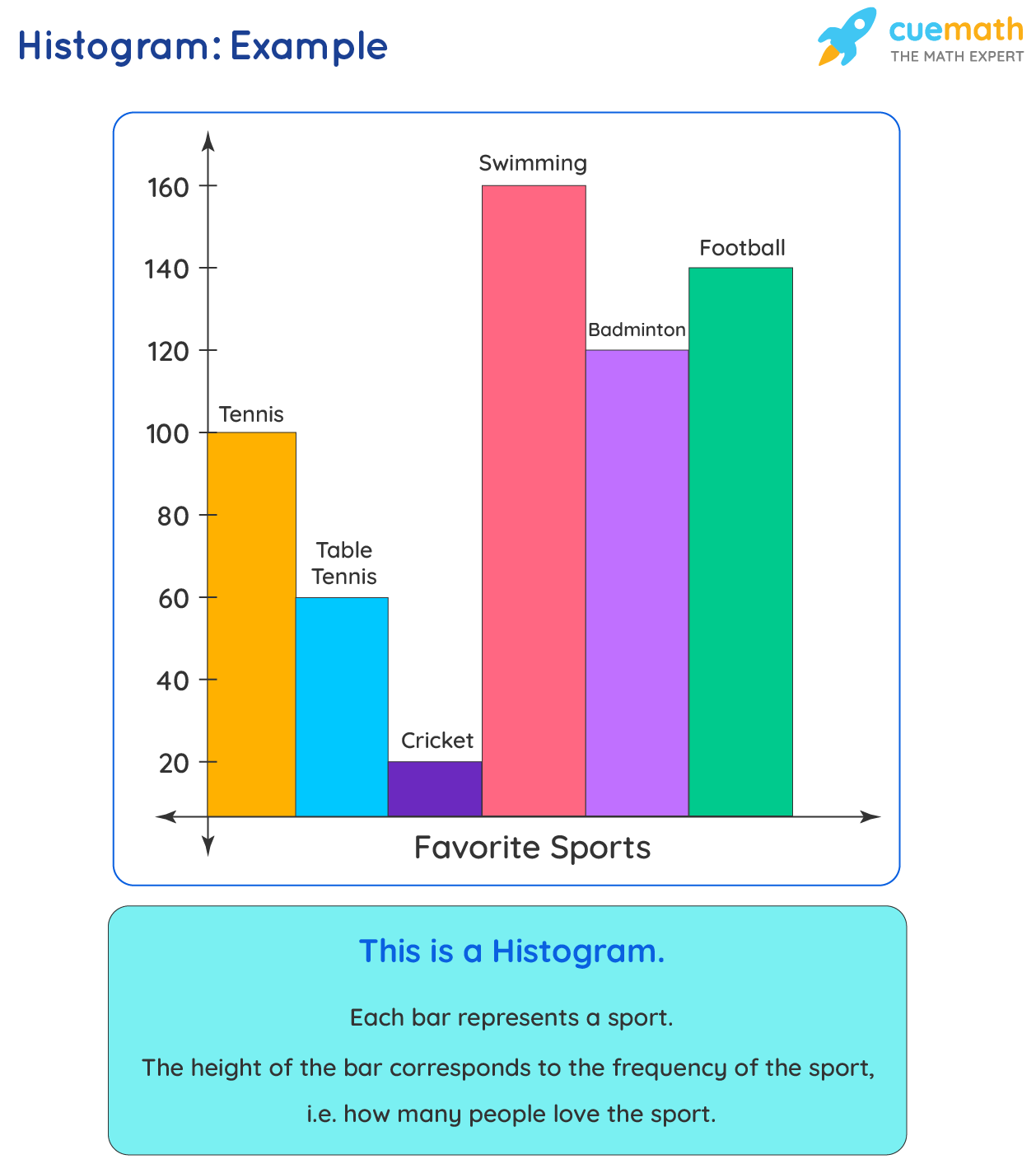 Dat can be grouped on the basis of the qualitative or quantitative aspect of the gathered information. Typically, data can be classified into different types as given below, 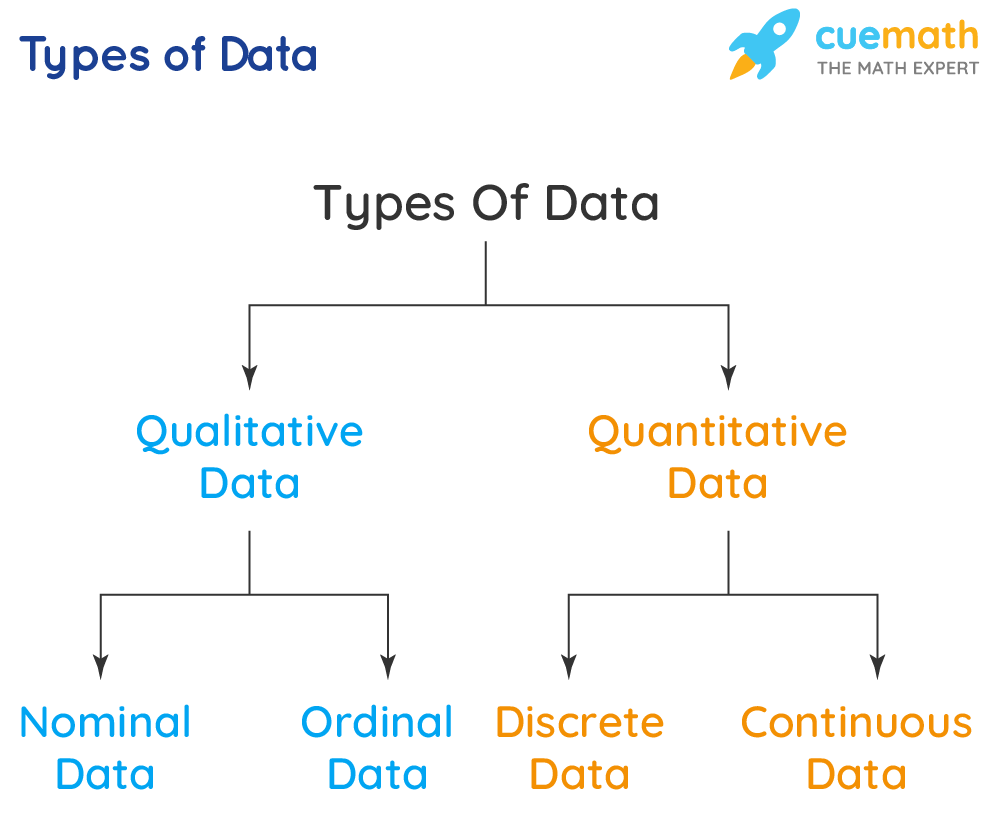 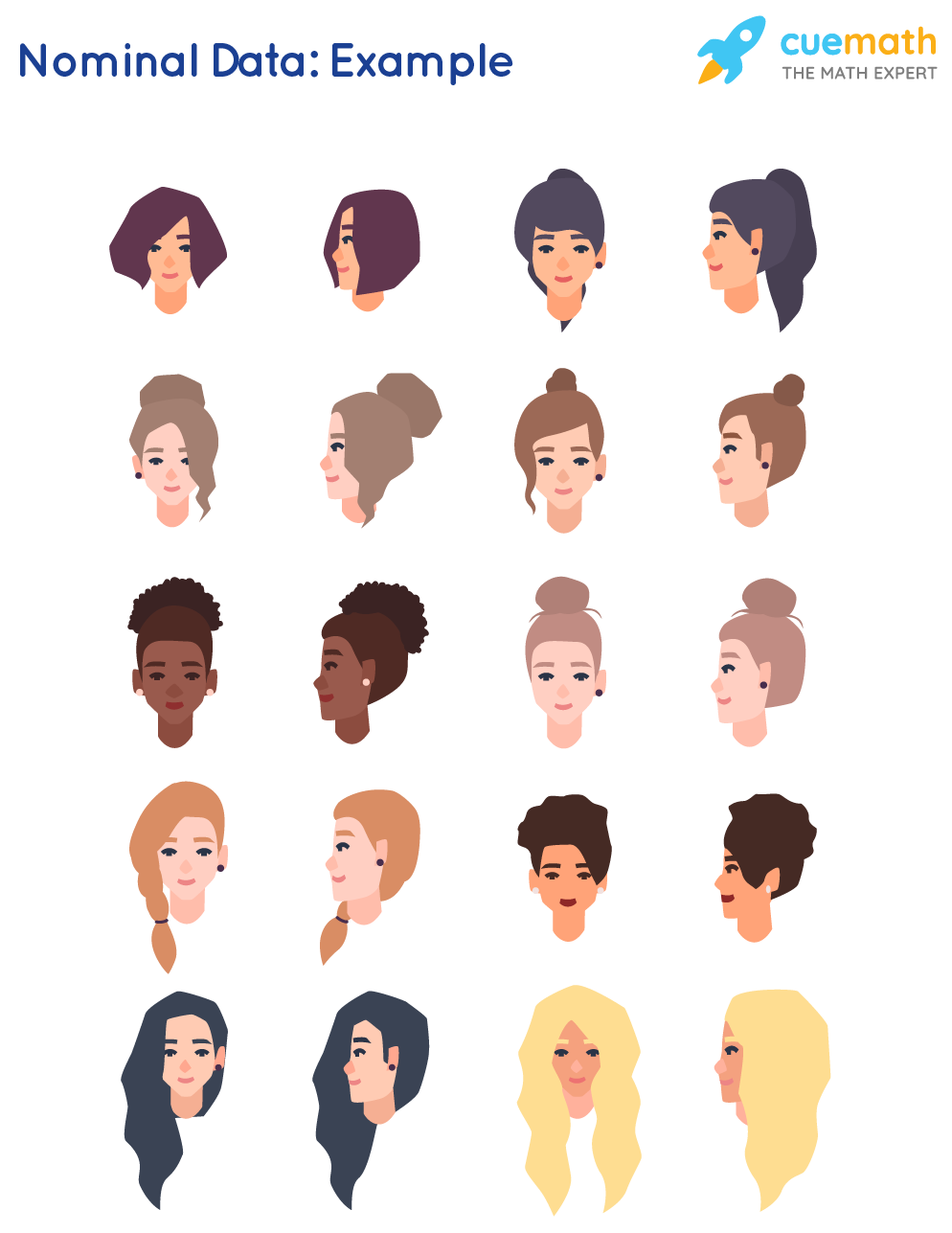 2. Ordinal Data -  It is a type of data that is named, ordered both, and a scale(range) is used. For example ranking in the class First, Second, Third. An example is shown in the form of an image given below: 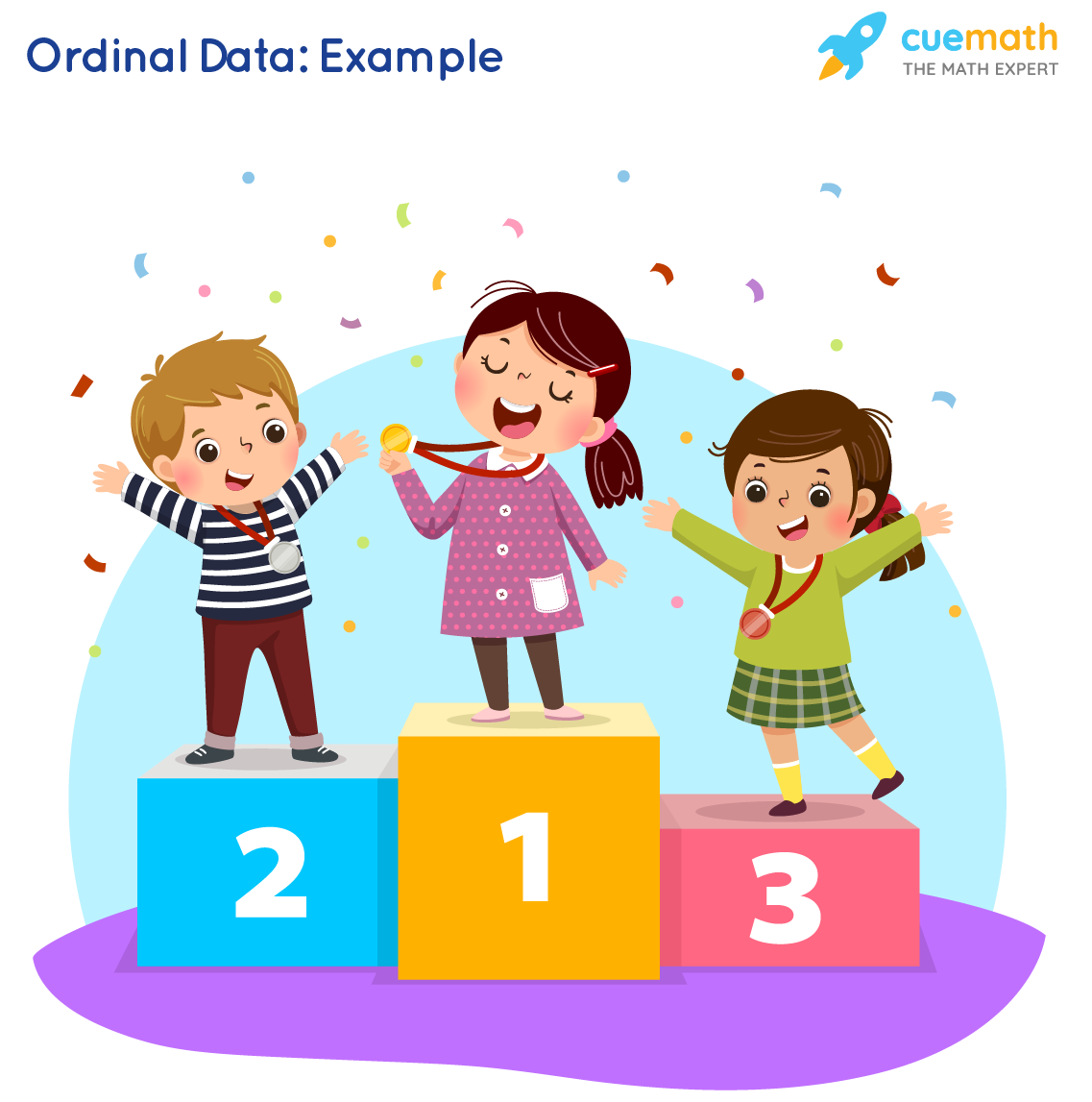 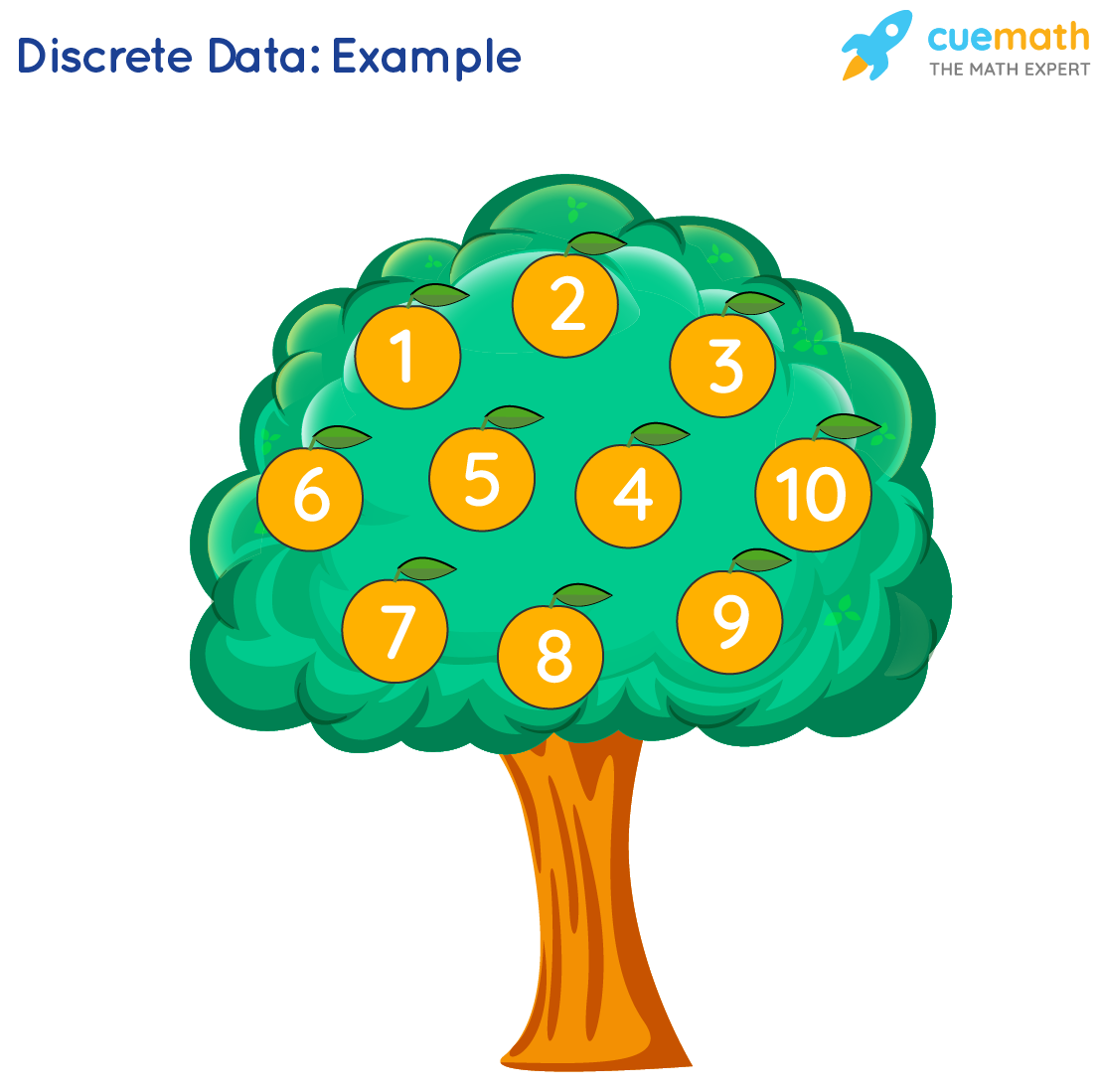 2. Continuous Data - This type of data takes specific values that can be measured and fall under a specific range such as weight, length, temperature, speed, etc. An example is shown in the form of an image given below: 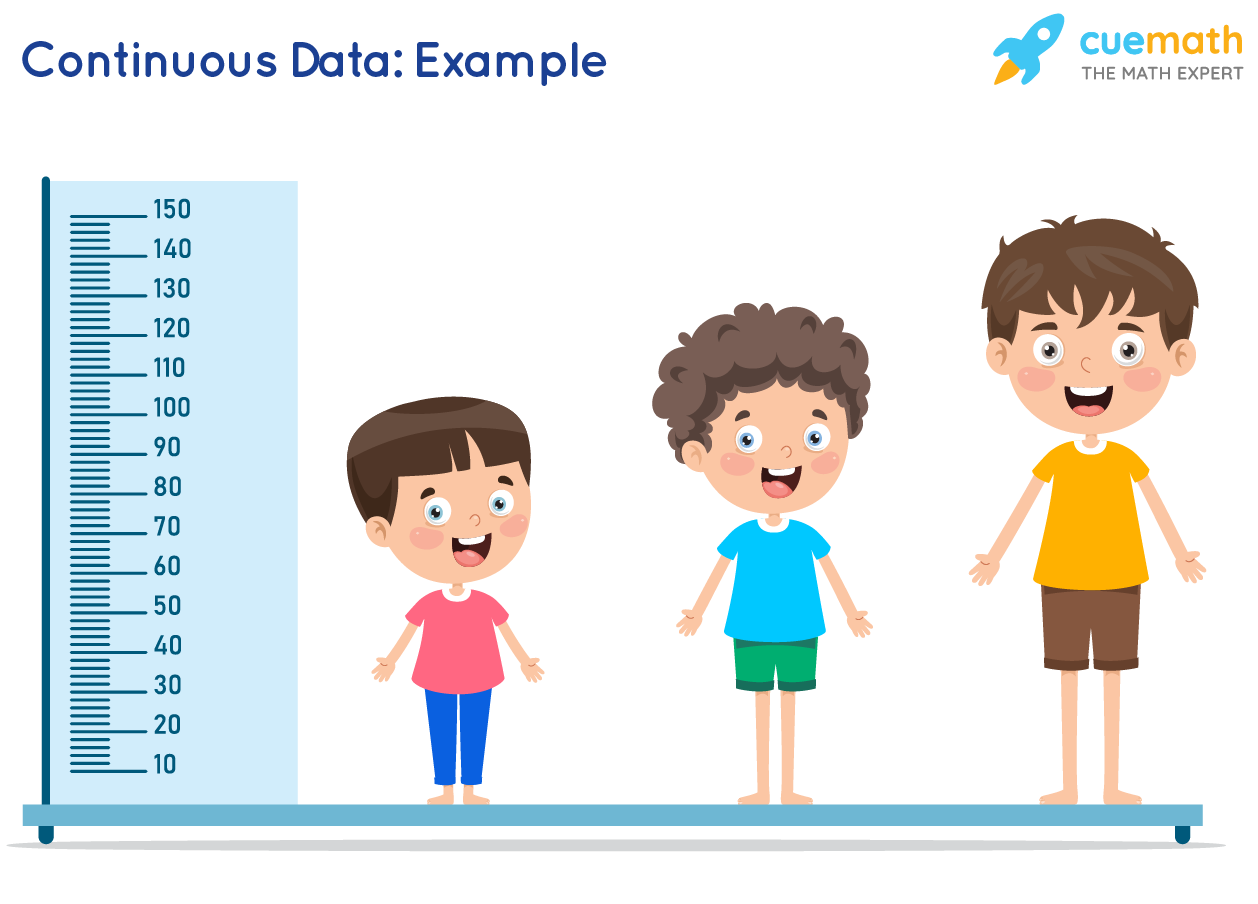 Primary Data: Primary Data is a type of data that is gathered by the individual. For example, data recorded by a student in a lab experiment, teacher giving an oral test and writing the marks, letters, records, autobiographies, etc.

Secondary Data: Secondary data is a type of data that is gathered by someone else and used somewhere else. For example, Another teacher using the marks obtained in an oral test for evaluation, newspapers, encyclopedias, biographies, etc. 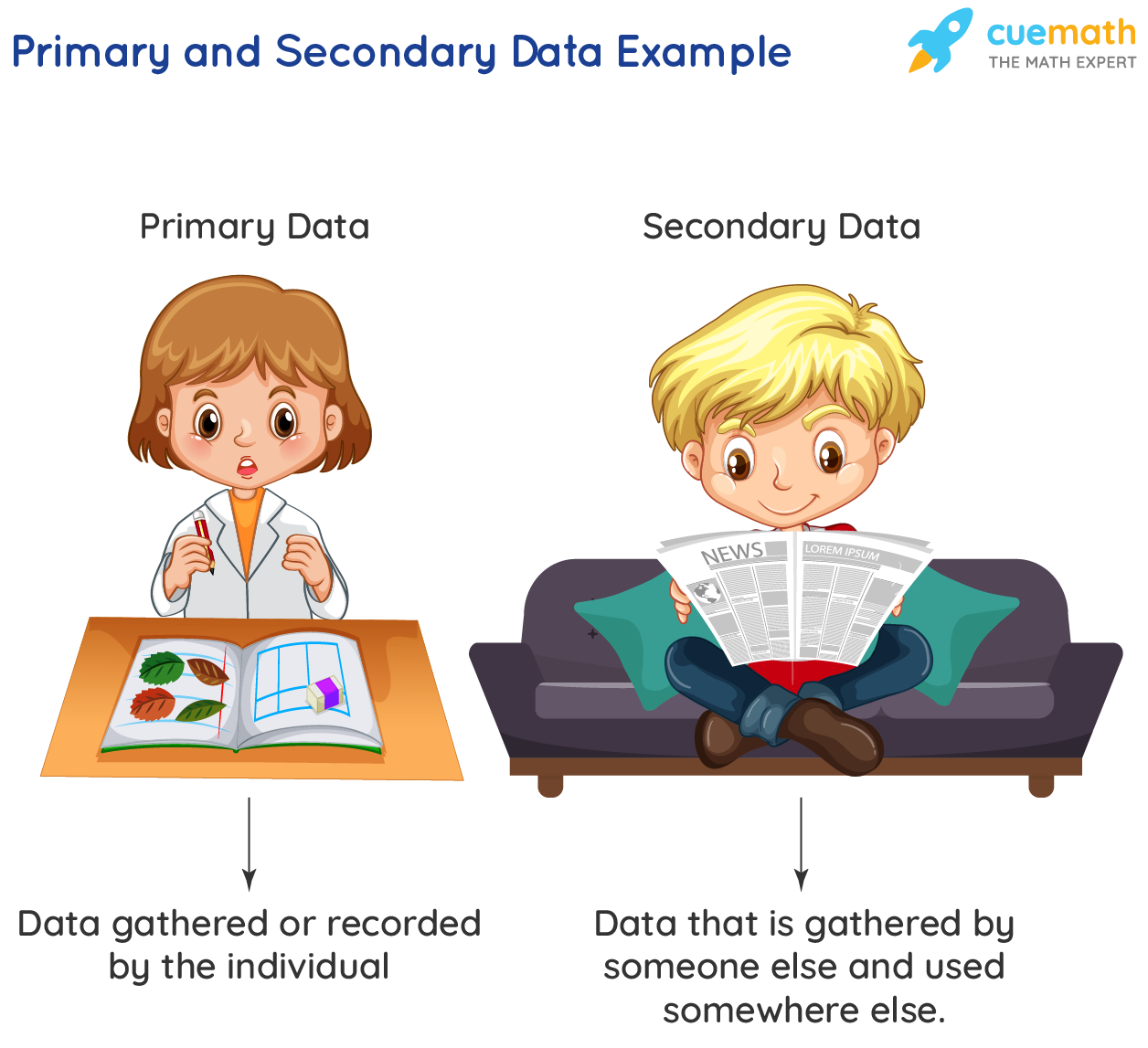 Data is referred to as a collection of information gathered by observations, measurements, research, or analysis. It may comprise facts, figures, numbers, names, or even general descriptions of things.

What is the Difference Between Data and Information?

The term data refers to the collection of certain facts that are quantitive in nature like height, number of children, etc. Information on the other hand is a form of data after being processed, arranged, and presented in a form that gives meaning to the data.

What are the Types of Graphical Representations?

Is Age Categorical or Ordinal Data?

As there are 12 months exactly. It is qualitative data as here it is describing an attribute.

What Type of Data is Ranking?

The ranking is an ordinal type of data since it is arranged following a certain scale. Ordinal data is a type of data that is named, ordered both, and a scale(range) is used.