Carefully observe the image given below and try to interpret the meaning of discrete and continuous data. 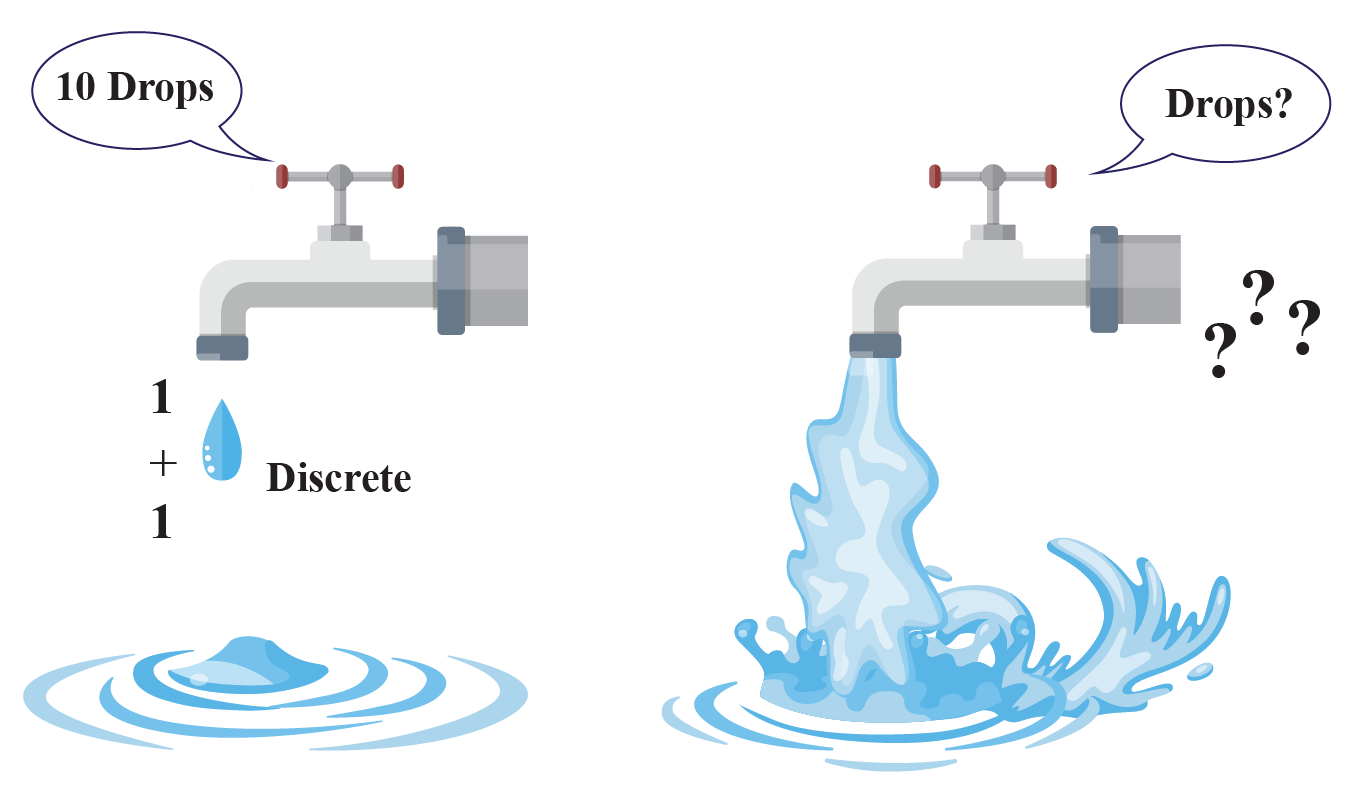 In this mini-lesson, we will learn about discrete data definition, difference between discrete and continuous data and graphical representation of discrete data through visualization, some solved examples and a few interactive questions for you to test your understanding.

What Is Discrete Data?

The word data came from the Latin word 'Datum' which means “something given”.

After a research question is developed, data is being collected continuously through observation. Then it is organized, summarized, classified, and then represented graphically.

Data can be divided into two categories- Qualitative data and Quantitative data.

Among these two categories, quantitative data can be further classified into two types, discrete and continuous data. Now, let us look at discrete data definition.

When values in a data set are countable and can only take certain values, it is called discrete data. For example, number of students in a class, number of players required in a team, etc.

We can easily count the variables in a discrete data.

Now, let us learn about the difference between discrete and continuous data in the next section.

What Is the Difference Between Discrete and Continuous Data?

Let us understand the difference between discrete data v/s. continuous data through the following table:

Some of the examples of discrete and continuous data are given in the table below:

Following types of graph can be used for graphical representation of discrete data:

Bar graph is the most suitable way to represent discrete data, as finite values can be presented clearly through vertical or horizontal bars.

In frequency table, values are represented through tally marks and frequency of each variable.

On number line, we marked the value of each variable on the number line.

Let us take an example to understand it better.

It is an example of discrete data as we can count the number of children who like a particular flavour of ice-cream. Given below are the representation of two different sets of data in two different forms of graph. Find which one of the following represents discrete data and why? 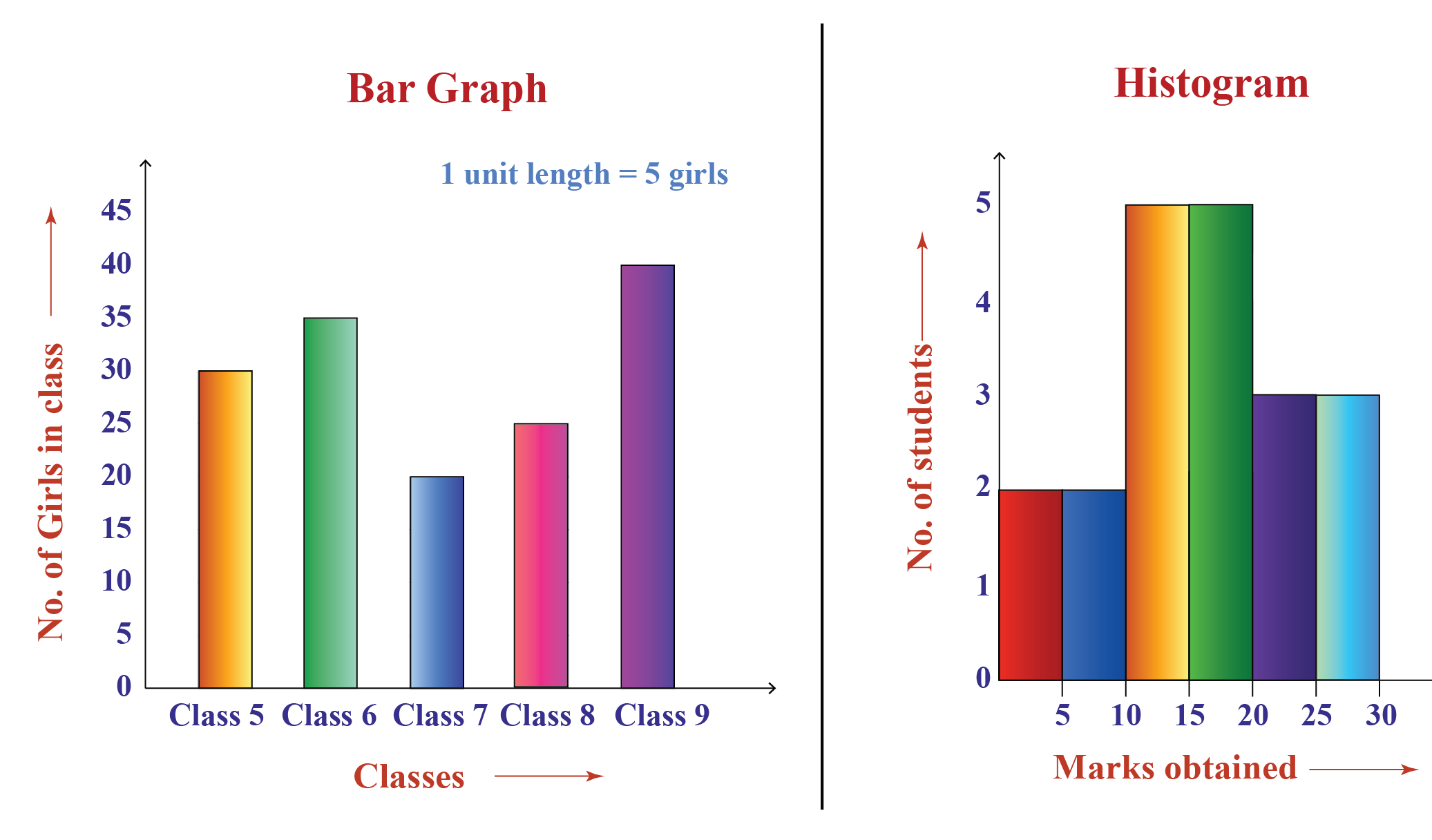 Amon the two graphs, on the right side we have histogram and on the left side, we have bar graph.

Data given in bar graph represents discrete data as we consider number of girls class-wise in that graph that contains only finite values and is countable.

While data given in histogram represents continuous data as we consider marks obtained by students within a range in that graph. For example, 2 students obtained marks between 5 to 10, that means the marks could be any number within this range, for instance, 7.5, 5.25, 6, etc.

\(\, therefore, \) the data given in bar graph is a discrete data graph.

Look at the data given below of favourite sport of 58 people. Represent the data graphically and also write whether it is discrete data or not.

Given data is an example of discrete data, as the values are given are whole numbers. We can count the number of people who like each sport.

Now, let us look at how to how to represent it through bar graph. 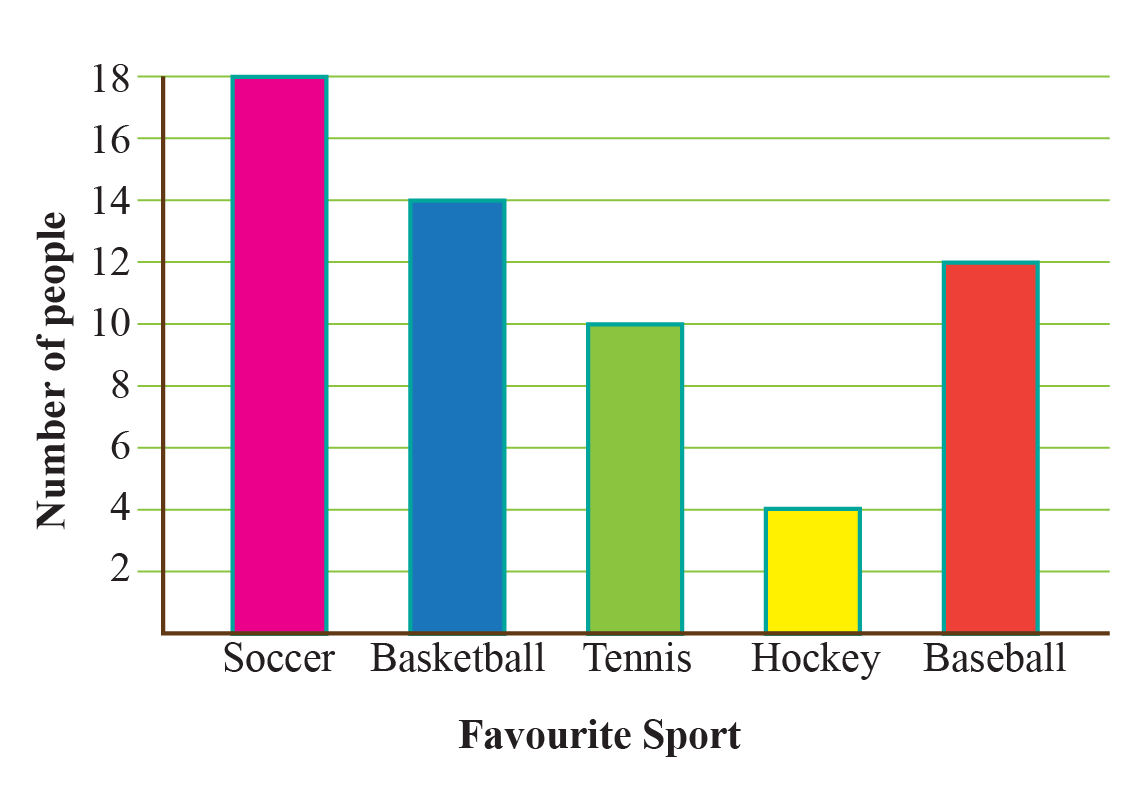 Classify the following variables in discrete and continuous.

Number of workers in a company - It is a discrete data variable, as the value is countable and finite.

The mini-lesson targeted the fascinating concept of discrete data. The math journey around discrete data starts with what a student already knows, and goes on to creatively crafting a fresh concept in the young minds. Done in a way that not only it is relatable and easy to grasp, but also will stay with them forever. Here lies the magic with Cuemath.

1. Is salary a discrete or continuous variable?

2. Is age a discrete or continuous?

3. Is weight  discrete or continuous?

Weight is a continuous variable as its value is not a countable number. It is different for different people.