A circle is a curved plane figure. Every point on the circle is equidistant from a fixed point known as the center of the circle. It is a 2D shape and is measured in terms of radius. The word ‘Circle’ is derived from the Latin word 'circulus' meaning small ring. 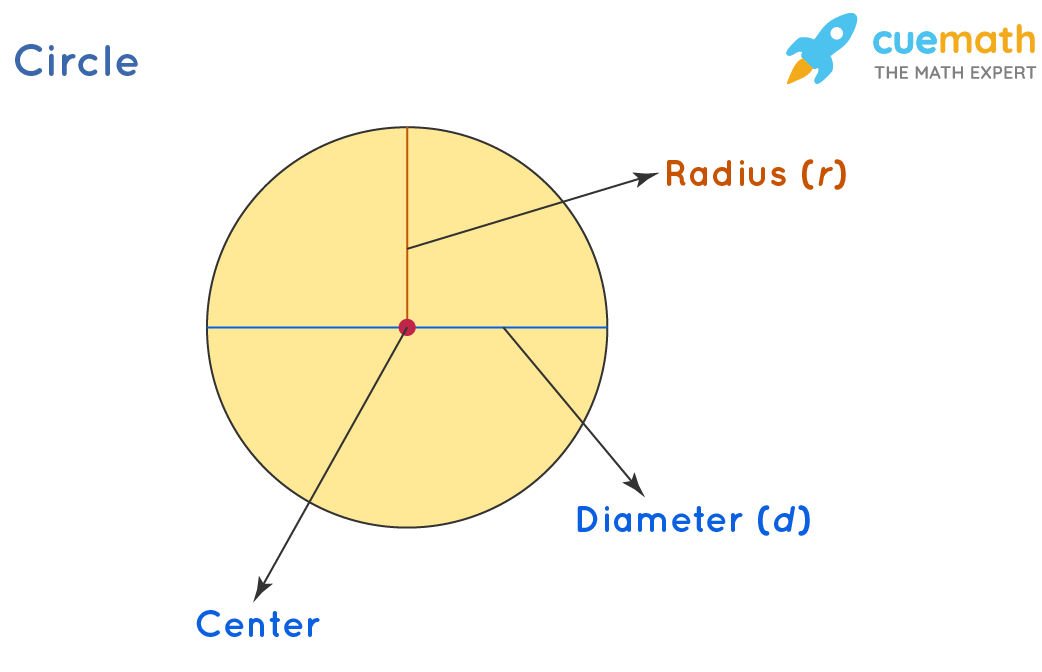 Parts of a Circle

There are many parts or components of a circle that we should know to understand its properties. A circle has mainly the following parts:

Circumference: It is also referred to as the perimeter of a circle and can be defined as the distance around the boundary of the circle.

Diameter: A diameter is a straight line passing through the center that connects two points on the boundary of the circle. We should note that there can be multiple diameters in the circle, but they should:

Chord of a Circle: A chord is any line segment touching the circle at two different points on its boundary. The longest chord in a circle is its diameter which passes through the center and divides it into two equal parts.

Tangent: A tangent is a line that touches the circle at a unique point and lies outside the circle.

Secant: A line that intersects two points on an arc/circumference of a circle is called the secant.

Arc of a Circle: An arc of a circle is referred to as a curve, that is a part or portion of its circumference.

Segment in a Circle: The area enclosed by the chord and the corresponding arc in a circle is called a segment. There are two types of segments - minor segment, and major segment.

Sector of a Cirlce: The sector of a circle is defined as the area enclosed by two radii and the corresponding arc in a circle. There are two types of sectors - minor sector, and major sector.

For better understanding observe the given image depicting all parts of a circle. 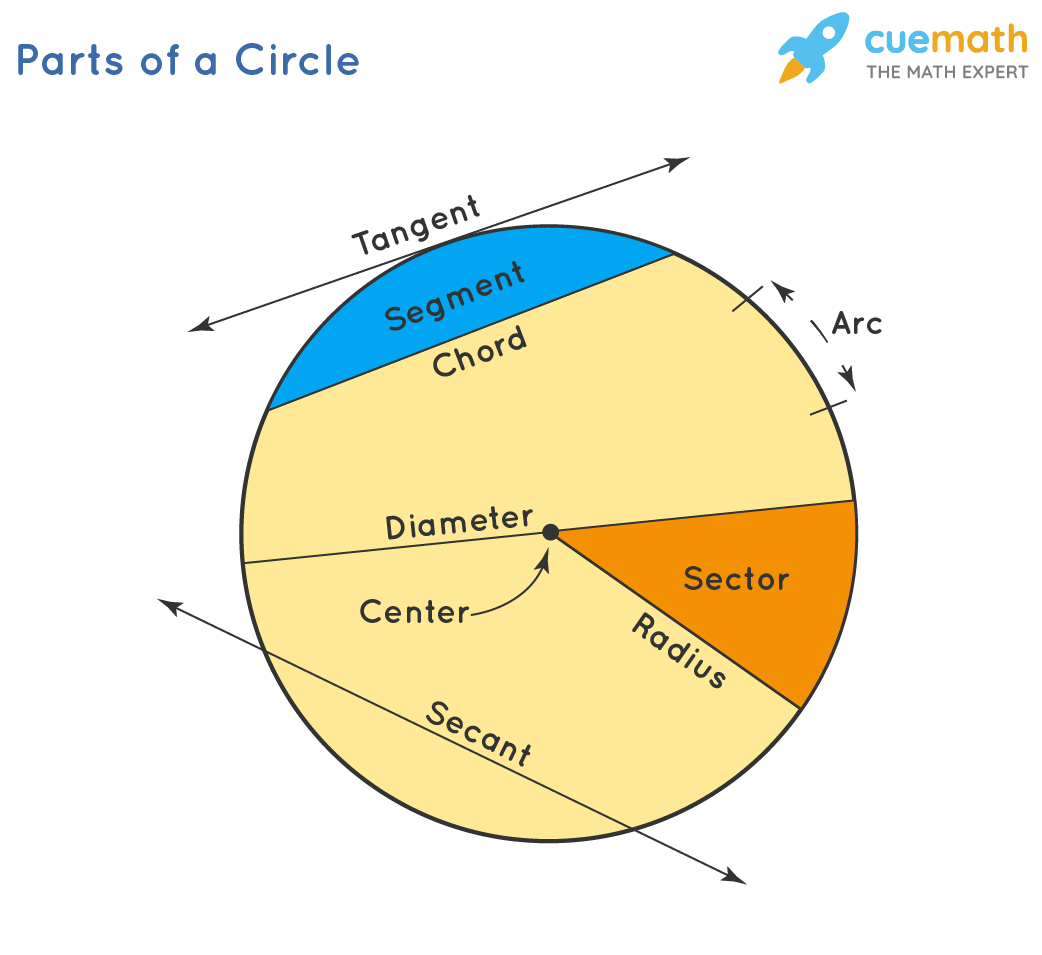 Let us move ahead and learn about some interesting properties of circles that make them different from other geometric shapes. Here is a list of properties of a circle:

Let's see the list of important formulae pertaining to any circle.

Check these interesting articles related to circles in math.

What is a Circle in Geometry?

A circle is a round 2-dimensional shape. It is a closed shape with a distance from center to circumference termed as radius 'r' and distance from one point on the circumference to another point passing through center termed as diameter 'd'. One of the best examples of the circle in the real world is a pizza base.

How Circle is Two-Dimensional?

A circle is a closed two-dimensional figure in which the set of all the points in the plane is at the same distance from the center of the circle. Its real-life examples include flat surfaces or pictures of wheels, pizzas, orbit, etc.

What are the Formulas of Circles?

Formulas related to circles are:

What is a Half-Circle called in Geometry?

In geometry, a semicircle refers to the half of a circle. The diameter divides the circle into two equal parts that are semi-circles.

What is a Chord in a Circle?

A chord is the line segment joining two points inside a circle on its arc. As the diameter also having two endpoints on a circle, so, it is the longest chord. All angles marked in the circle subtended by the same chord are equal.

What are the Major Parts of a Circle?

What is the Circumference of a Circle?

The circumference of a circle is defined as the linear distance around its boundary or we can say, if a circle is opened to form a straight line, then the length of that line will be the circle's circumference.

What are the Properties of Circles?

Following are some of the properties of circles: