Radian is a unit used to measure angles. We have two units to measure the angles: degree and radian. Up to this stage, you might have been using degrees to measure the sizes of angles. However, for a variety of reasons, angle measures in advanced mathematics are frequently described using a unit system different from the degree system. This system is known as the radian system. Did you know that radian was the SI supplementary unit for measuring angles before 1995? It was later changed to a derived unit.

Come, let us learn in detail about the radian formula, the arc length formula, and how to convert an angle from radians to degrees and from degrees to radians.

The radian is an S.I. unit that is used to measure angles and one radian is the angle made at the center of a circle by an arc whose length is equal to the radius of the circle. A single radian which is shown just below is approximately equal to 57.296 degrees. We use radians in place of degrees when we want to calculate the angle in terms of radius. As '°' is used to represent degree, rad or c is used to represent radians. For example, 1.5 radians is written as 1.5 rad or 1.5c. 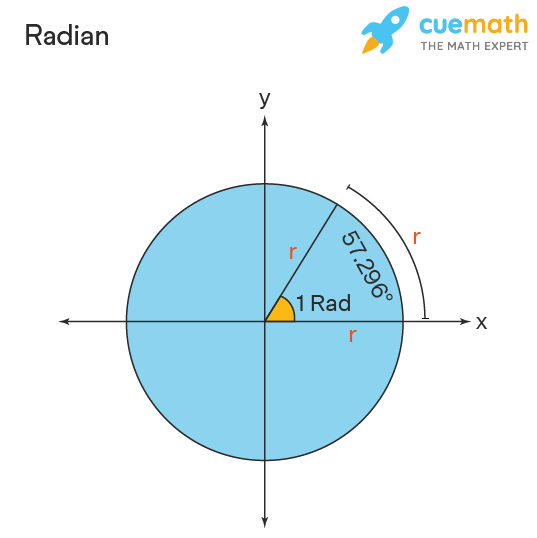 "Radian" is a unit of measurement of an angle. Here are few facts about "radian" 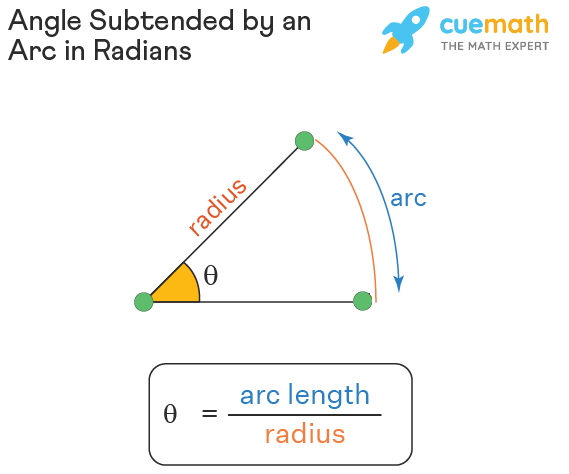 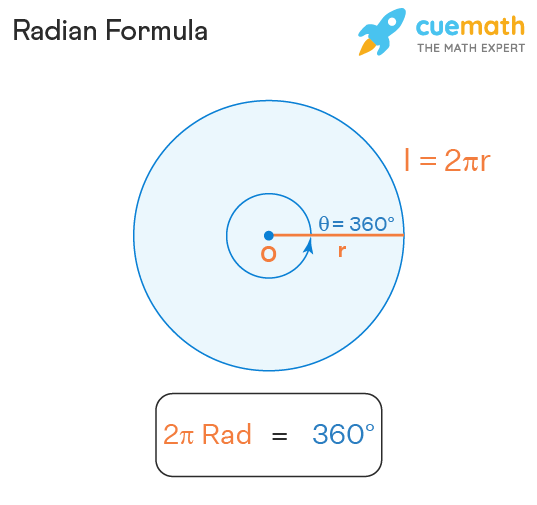 Conversion Between Radians and Degrees

An angle can be converted from "radians to degrees" and from "degrees to radians" according to necessity. We use the radian formula (from the previous section), 2π = 360° for doing these conversions. We can see how to do the conversions between the radians and degrees in the figure below. 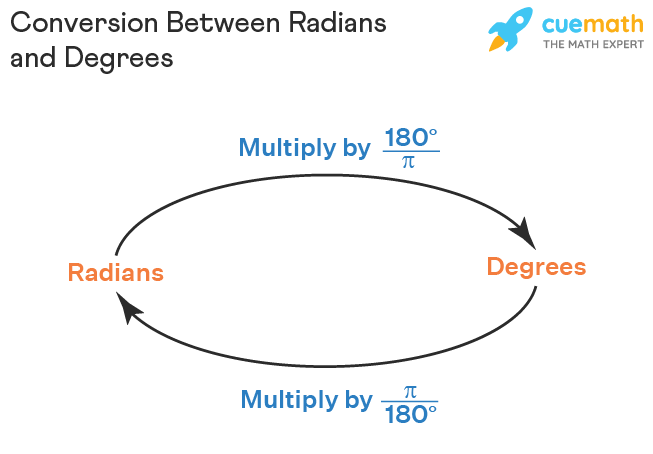 The radian formula can be written as,

Thus, to convert radians to degrees, we multiply the angle by 180°/π.

Examples of Converting Radians to Degrees:

From the radian formula,

Thus, to convert degrees to radians, we multiply the angle by π/180 radians.

Examples of Converting Degrees to Radians:

Here is a table with some standard angles in degrees and the corresponding angles in radians. This table is helpful to know the equivalent angles of radians (or degrees).

Differences Between Radians and Degrees

What is a Radian?

What is the Radians to Degrees Formula?

What is the Degrees to Radians Formula?

How many Radians are there in a Complete Circle?

What is Arc Length Formula in Terms of Radians?

The length of an arc of a circle is the product of its radius and the angle subtended by the arc in radians. i.e., arc length = radius × angle in radians. If the angle is given in degrees, we first have to convert this angle into radians and then apply the arc length formula.

What is the Radian Formula in Terms of Arc Length?

To find the angle subtended by an arc in radians, we just divide its length by the radius of the circle. i.e., θ (in radians) = (arc length) / radius.

What is 1 Radian Equal to?

What is the Measure of 0 Radian in Degrees?

What is 360 Degrees in Radians?