A degree is a unit used to represent the measurement of an angle. Angles are usually measured in radians and degrees. In the case of practical geometry, we always use degrees as a unit of an angle. A degree is represented by ° (degree symbol).

The unit of measure for an angle in mathematics is called a degree. The degree of an angle is measured by using a tool called a protractor. A complete circle rotates at 360° and angles can be measured at different angles showcasing different degrees such as 30°, 45°, 60°, and so on. One rotation is divided into 360 equal parts, and each part is called a degree. We denote a degree with a circle °. For example, 180° means 180 degrees.

Angles are measured not only in degrees but also in radians. Radian is made by wrapping a radius along the circle. One complete counterclockwise revolution, in radians, is equal to 2π. We can convert the degree to radians and radians to degrees by using the following two formulas:

Given below is a table showing equivalent radian values for respective degrees:

The best tool to measure angles in degrees is a protractor. The curved edge of the protractor is divided into 180 equal parts.

There are two sets of numbers on a protractor: 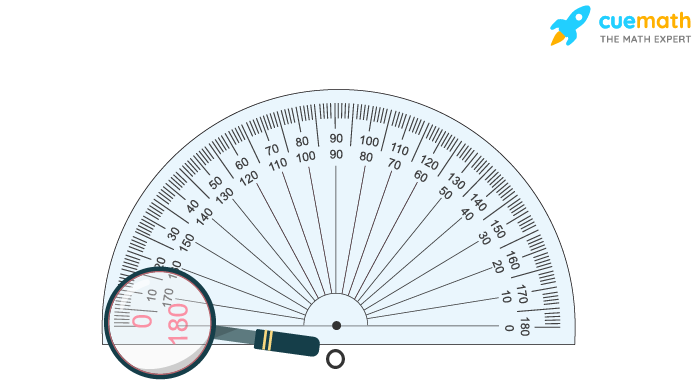 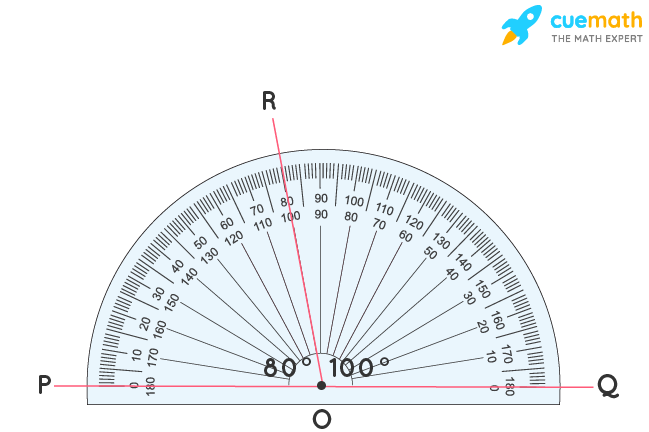 Here we have another example of measuring angle in degrees. Let's try to measure the angle ∠AOB in the figure given below with the help of a protractor. 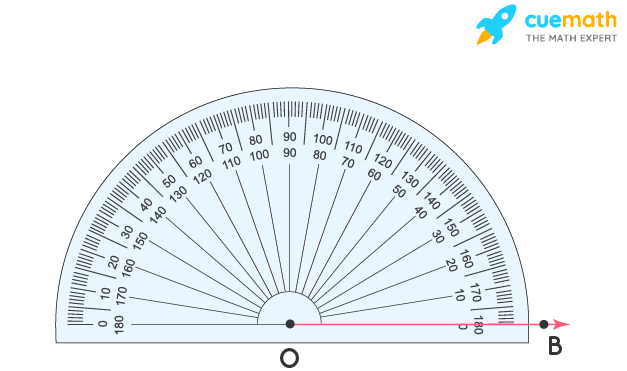 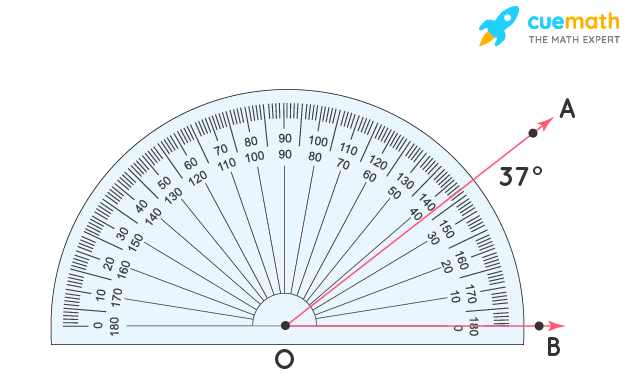 Check out these interesting articles on degrees. Click to know more!

What is 1 Degree in Radians?

How do you Define a Degree?

A degree, usually indicated by ° (degree symbol), is a measure of the angle. Angles can be of different measures or degrees such as 30°, 90°, 55°, and so on. To measure the degree of an angle, we use a protractor.

What Tools are Used to Measure the Degree of Angles?

There are 5 Types of Tools to Measure Angles:

How Many Degrees Are in a Half Turn?

How Many Degrees are in a Full Turn?

Full-turn means making a completer angle. The measurement of a complete angle is 360°. Therefore, in one full turn, there are 360 degrees.

What is a Degree in Math Geometry?

A degree is a unit. While measuring any angle we use the degrees symbol to denote it. It is denoted by °. For example, one full rotation is 360 degrees or (360°). One degree is equivalent to π180 radians.

What are the Different Degrees of Angles we see in Geometry?

There are different types of angles according to their degrees in geometry. Let us see what they are: