As the name suggests, clockwise means moving in the same way or direction as the hands of a clock move. This movement can be seen in our day-to-day lives, whether it is the turning of a knob, or closing the circular lid of a bottle. Let us understand more about the concept of clockwise and anticlockwise in this page.

Clockwise refers to moving in the direction of the hands of the clock. Let us understand the meaning of this term now.

Clockwise and anticlockwise are terms that can only be applied to a rotational motion. Clockwise motion proceeds within the same direction as that of a clock's hands. Moving from the top to the right, then down and then to the left, and back up to the top. Anticlockwise can be considered as the opposite sense of rotation or revolution.

In the image given above, the letter "F" is rotated clockwise. Note that although the direction of the letter has changed but the size of the alphabet "F" remains the same. This shows that the symmetrical aspect of a shape does not get affected on rotation. There are many examples that make us notice these movements every day, like, the taps are closed clockwise, screws are tightened clockwise, angles are measured anticlockwise, and many more.

Angles describe the amount and direction of rotation and are always measured anticlockwise on a line. It should be noted that angles that are measured clockwise are negative angles. Have a look at the protractor given below which shows how the angles are measured. 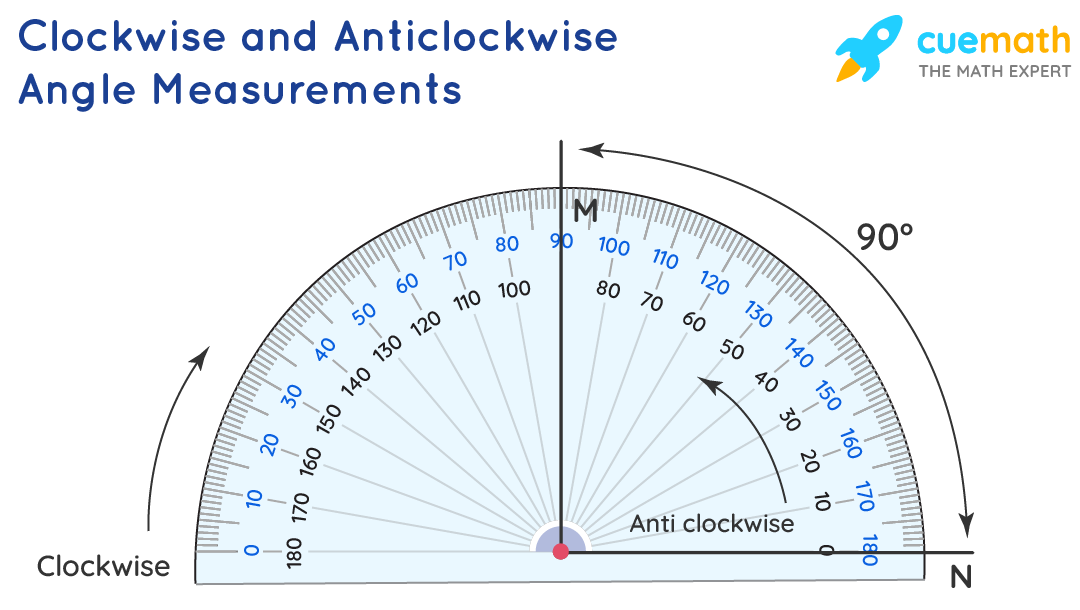 Difference Between Clockwise and Anticlockwise 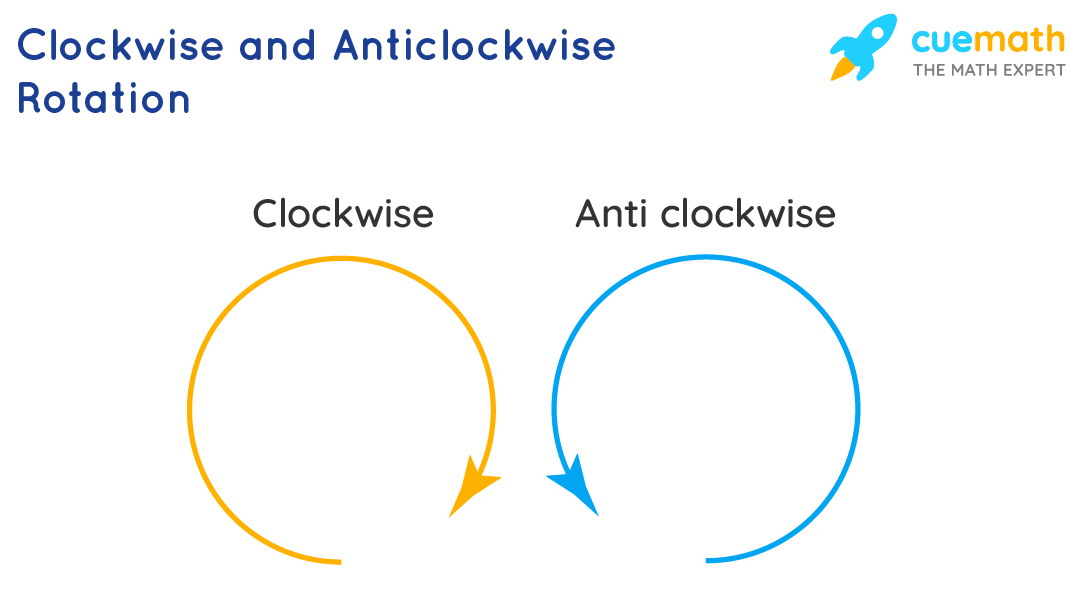 Important Topics
How to Rotate a Figure 90 Degrees Clockwise About a Point?
What Fraction of a Clockwise Revolution Does the Hour Hand of a Clock Turn Through When it Goes From 3 to 9?

Why Does a Clock Go Clockwise?

In medieval times when clocks were being developed, their hands were made to turn in this direction. This was done because in the northern hemisphere, it was observed that the shadow of the dial traces clockwise as the sun moves through the sky.

Is Turning To the Right Clockwise?

What Is the Opposite of Clockwise?

Is Clockwise Left or Right?

Clockwise is moving or turning in the direction of an analog clock and this also describes a circular motion. Left or right turns are just ways of describing a change in approach. Thus, clockwise is constantly turning to the right.