Angles are formed when two lines intersect at a point. The measure of the “opening” between these two lines is called an “Angle”. It is denoted by using the symbol ∠. Angles are usually measured in degrees and radians, which is a measure of circularity or rotation. Angles are a part of our day-to-day life. Engineers and architects use angles for the design of roads, buildings, and sporting facilities. In the above image, we can see a surveyor using a Theodolite at a construction site to measure the angle. Let’s see, how many of you like sports! Have you ever watched a game of football? Did you observe where the players take the corner kick from? Well, the point at which the lines intersect is what forms an angle!

Parts of an Angle

In-plane geometry, an angle is formed when two rays are joined at their endpoints. There are different parts of the angle- 2. The vertex of the angle, which has a common endpoint that is shared by the two rays. Observe the given image below with two rays as ray 1 and ray 2 with one green dot named as a vertex. 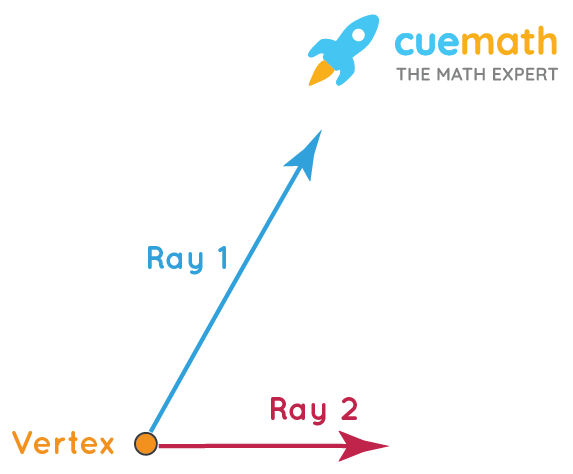 3. An angle is measured in degrees. One full rotation is equal to 360 degrees. 4. Size of an Angle: The best way to measure the size of an angle is to use a protractor. The standard size of a protractor is 180°. There are two sets of numbers on a protractor: Types of Angles and Their Properties

An acute angle is an angle whose measure is greater than 0° and less than 90°.

When a measurement of an angle is equal to 90degrees it is known as a right angle. The right angle can be easily observed as it forms the shape of the letter L.

When a measurement of an angle is less than 180 degrees but greater than 90 degrees it is an obtuse angle.

When a measurement of an angle is equal to 360 degrees it is a complete angle. 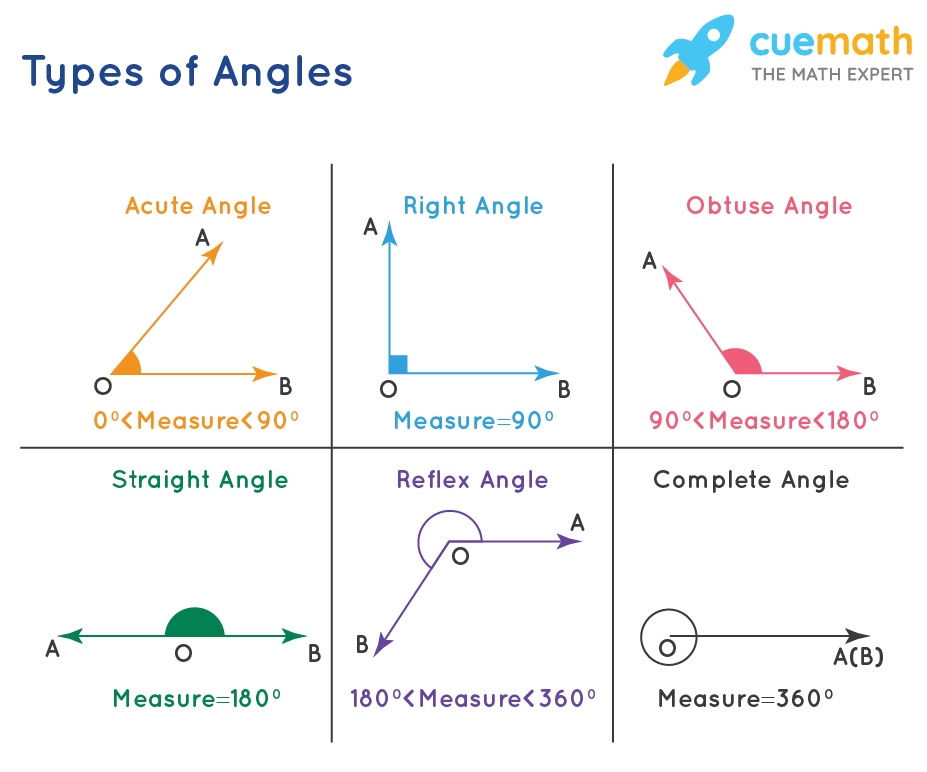 Angle Based on Rotation

Negative Angles
Negative angles are those angles that are measured in a clockwise direction from the base. From the origin, if an angle is drawn towards the (−x,−y) plane, it forms a negative angle.

How to Measure an Angle?

We use protractors to measure angles. See the image given below. We can see ∠AOB. Let’s try and see if we can find out what type of angle is ∠ AOB. Doesn't it look like an acute angle? This means that its measure is greater than 0° and less than 90°. Let us learn how to measure an angle using a geometrical instrument protractor. 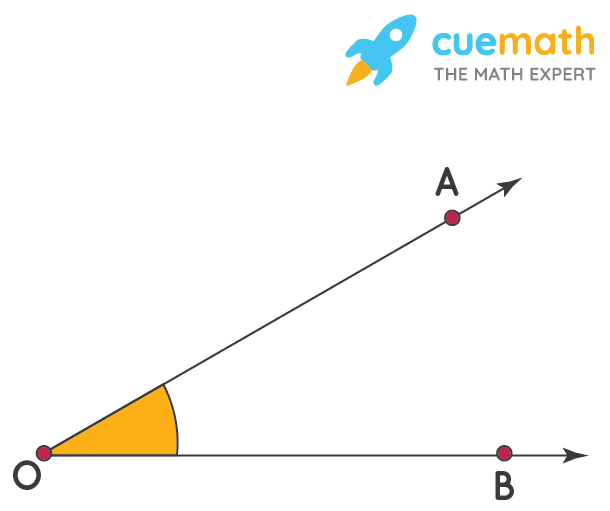 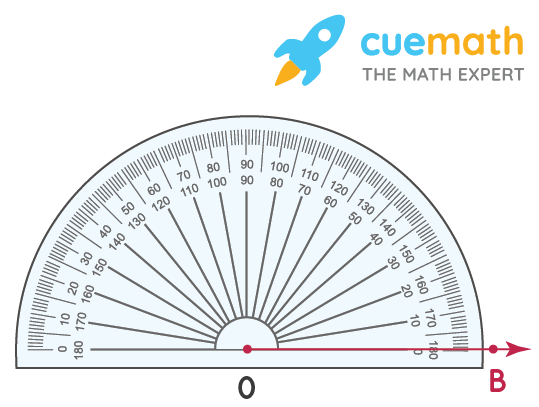 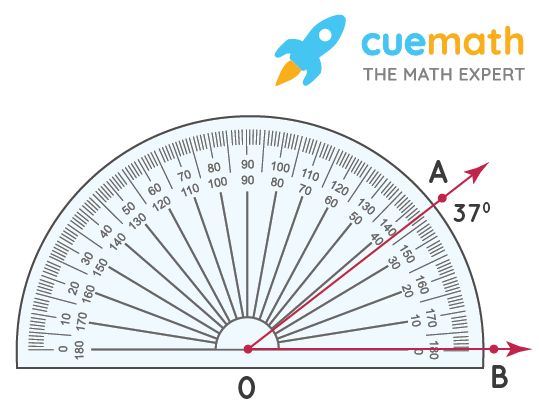 Next, let us try to measure this ∠AOC. 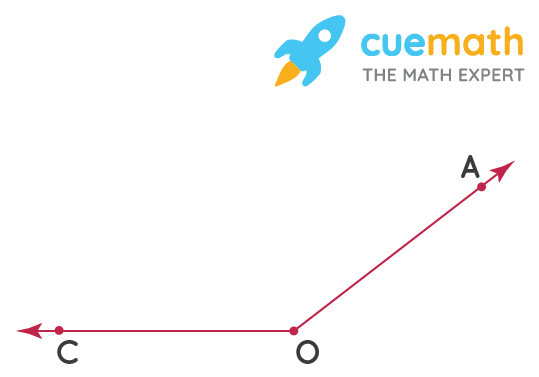 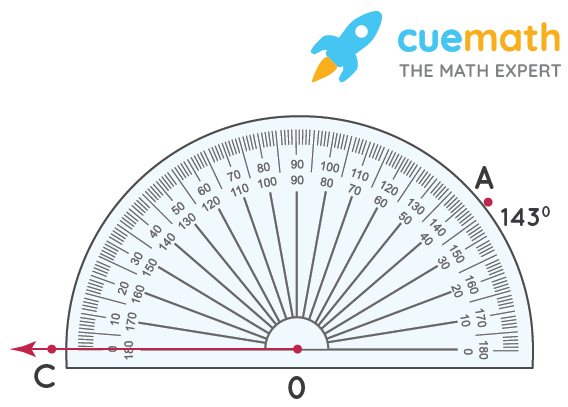 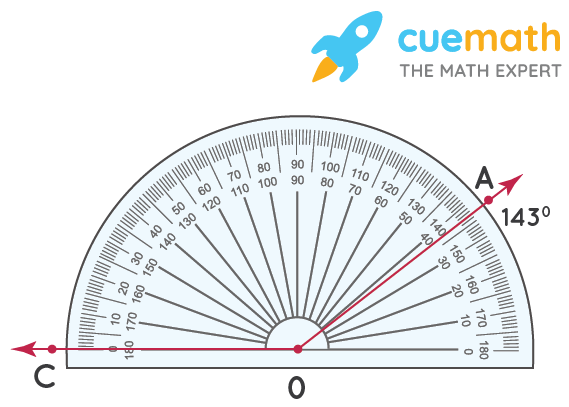 How to Construct Angles?

We use a protractor to construct angles. Let’s draw a 50° angle. 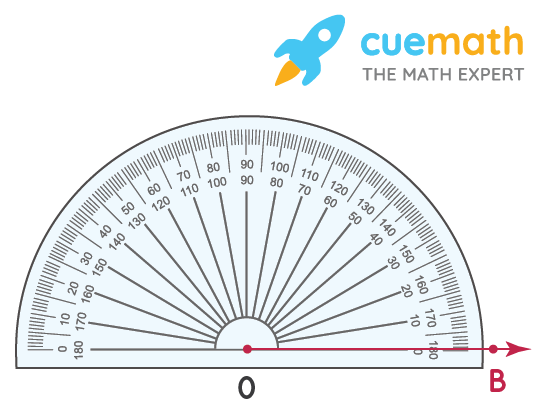 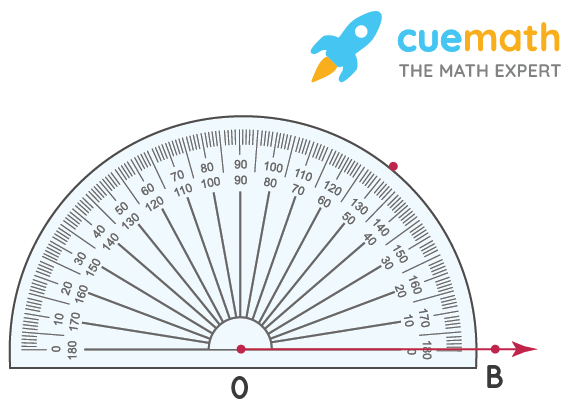 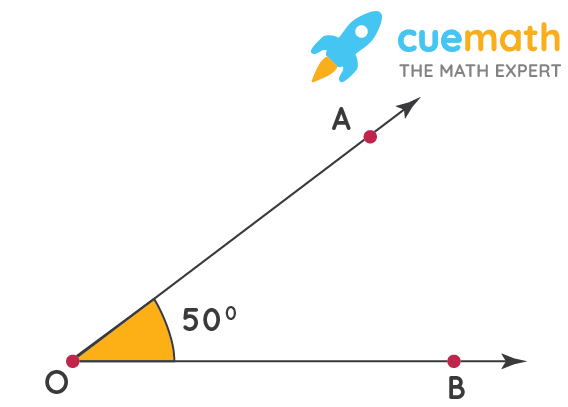 Note: If the ray extends in the other direction, we measure the angle from the 0° mark on the bottom-left.

The image given below shows how to draw a 50° angle when the ray is pointing in another direction. 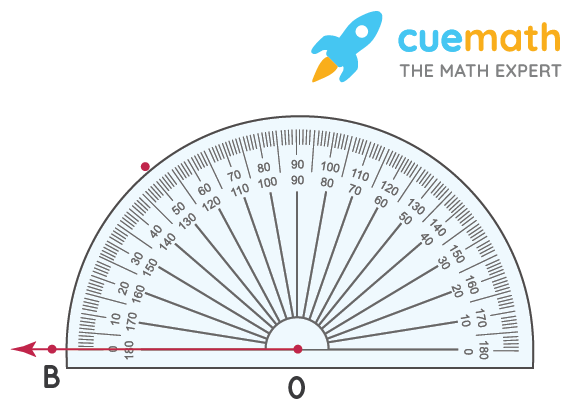 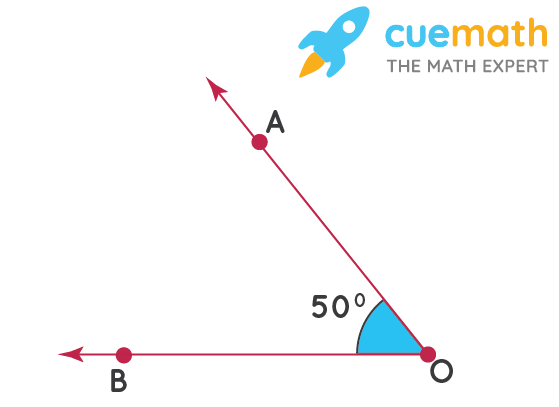 Given below is the list of topics that are closely connected to angles. These topics will also give you a glimpse of how such concepts are covered in Cuemath.

What is an Angle in Math?

What are the 6 Types of Angles?

How do you Describe Angles?

In-plane geometry, an angle can be described as a figure formed by two rays meeting at a common endpoint called the vertex of the angle.

What are the Types of Angles Based on Rotation?

What is the Difference Between a Straight Angle and a Reflex Angle?

What are the Types of Angles Formed When a Transversal Passes Through Parallel Lines?

What are the Types of Angles that Measure Less than 180°?

What Is the Sum of all the Three Angles of Triangle?

The sum of the three angles of a triangle is 180 degrees.

How Many 90 Degrees Angles Are There in a Straight Angle?

The types of angles in pairs are listed below:

What is a Complete Angle?

When an angle completes its full rotation starting from 0 degrees and ends at 360 degrees it is known as a complete angle, Its measurement is equal to 360 degrees.