What are Vertical Angles?

When two lines intersect, four angles are formed. There are two pairs of nonadjacent angles. These pairs are called vertical angles. In the image given below, (∠1, ∠3) and (∠2, ∠4) are two vertical angle pairs. 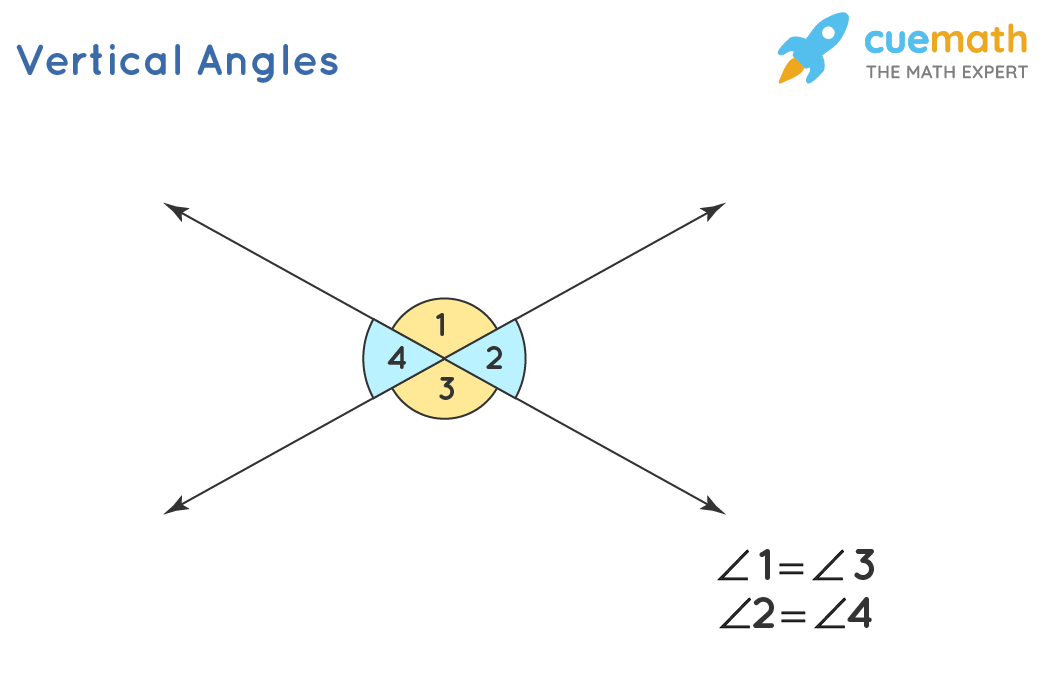 Statement: Vertical angles (the opposite angles that are formed when two lines intersect each other) are congruent.

The proof is simple and is based on straight angles. We already know that angles on a straight line add up to 180°. 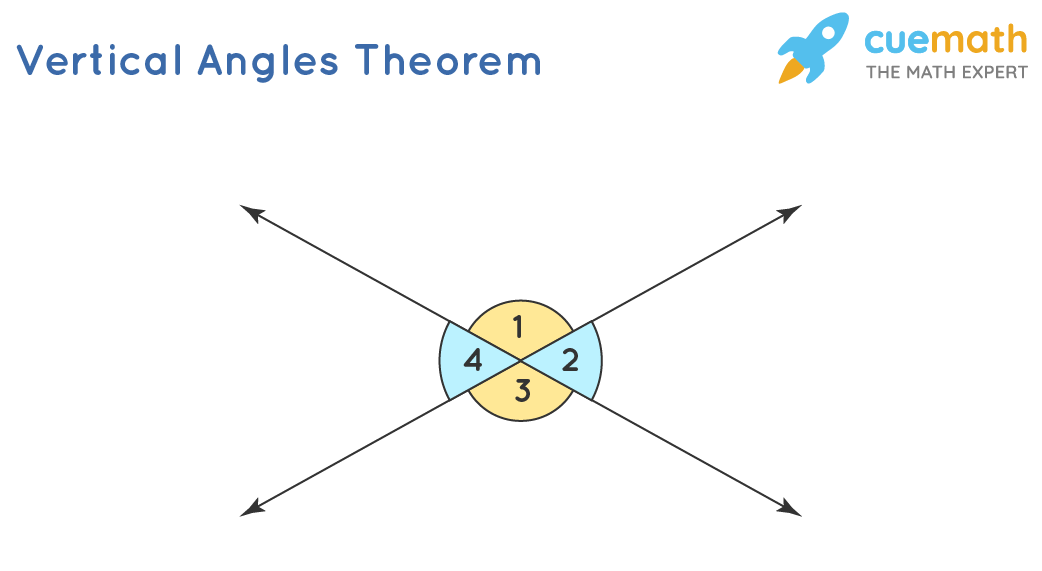 To find the measure of angles in the figure, we use the straight angle property and vertical angle theorem simultaneously. Let us look at some solved examples to understand this.

The following table is consists of creative vertical angles worksheets. These worksheets are easy and free to download. Try and practice few questions based on vertically opposite angles and enhance the knowledge about the topic.

Check out some interesting articles related to vertical angles.

What are Vertical Angles in Geometry?

☛Check out and read

☛Check out the difference between the following:

What is the Vertical Angle Theorem?

Can Vertical Angles Be Right Angles?

How to Measure the Value of Vertical Angle?

While solving such cases, first we need to observe the given parameters carefully. If the angle next to the vertical angle is given then it is easy to determine the value of vertical angles by subtracting the given value from 180 degrees to As it is proved in geometry that the vertical angle and its adjacent angle are supplementary (180°) to each other.

How do you tell if an Angle is an Adjacent or Vertical Angle?

Can Vertical Angles Be Adjacent?