In the above image, rays AO and OB share a common point O. AO and OB rays are opposite to each other. AB is a straight line and forms an angle of 180 degrees.

The 180-degree angle can be drawn with the help of a protractor and compass.

Follow the given steps to construct a 180-degree angle with the help of a protractor: 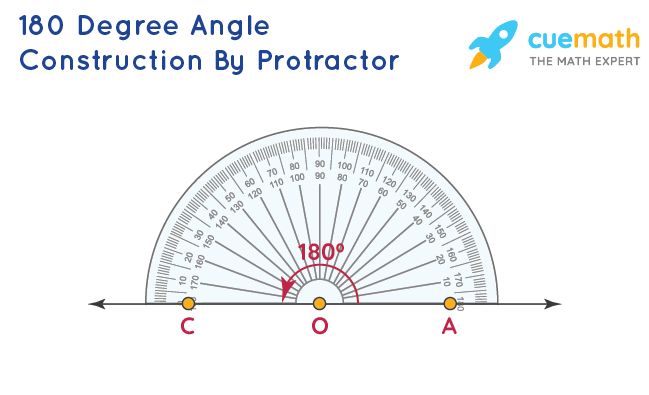 Constructing 180-Degree Angle With a Compass

Follow the given steps to construct a 180-degree angle with the help of a compass. 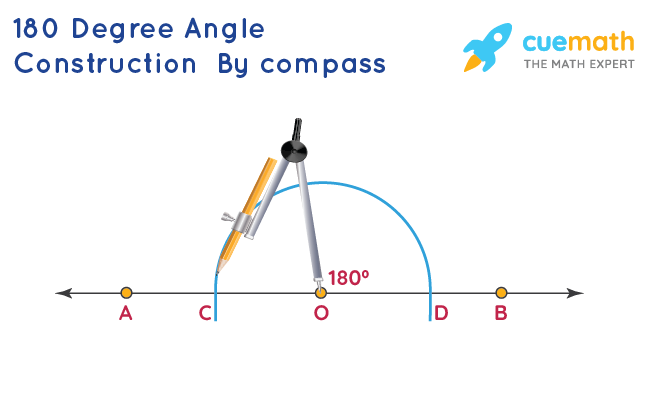 Check these interesting articles related to the 180-degree angles in geometry.

What are 180-Degree Angles in Real Life?

A 180 degree appears like a straight line because the rays or the arms of the angle making 180 degrees are completely opposite to each other. The common point joining the lines makes half revolution that is the angle of 180 degrees.

How many 180 Degree Angles does it take to Make a Full Turn?

What is 180 Degree Angle Called?

What are 180 Degrees for a Triangle?