An angle is formed when two rays meet at a point. In the given figure, the point of intersection of the ray OA and ray OB is O, which is called the vertex. 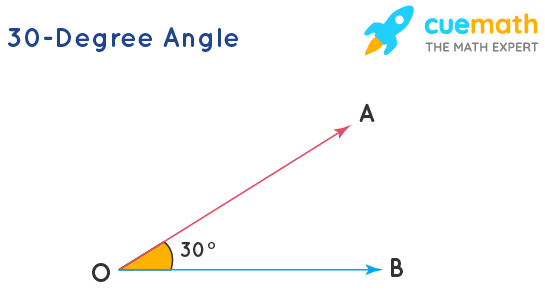 In this section, let us explore how to construct a 30-degree angle with the help of a protractor. Follow the given steps: 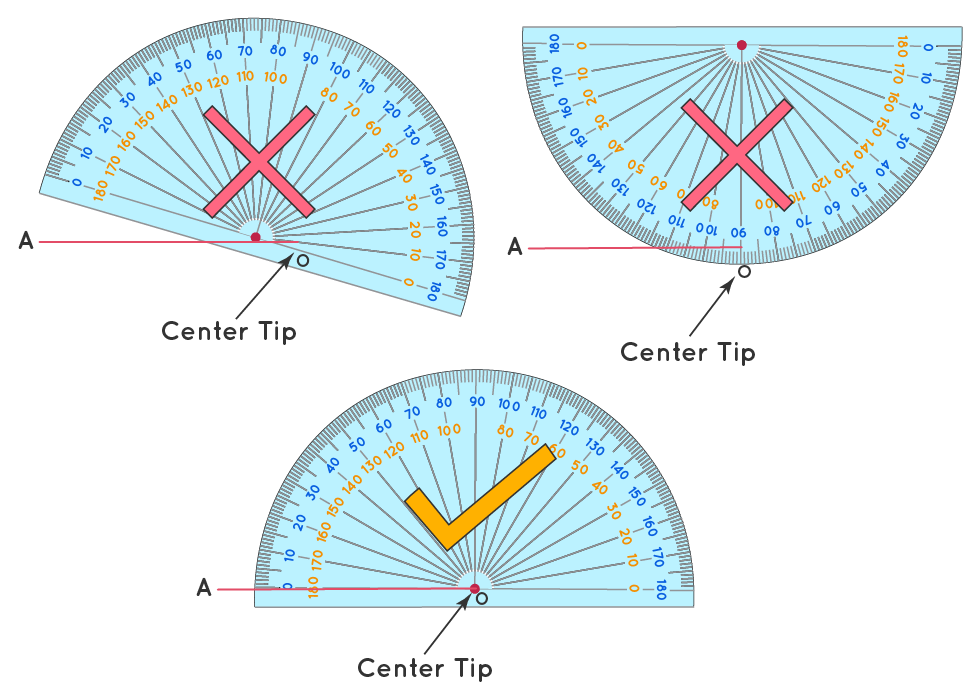 Step 3: Start from 'A' on the protractor in the clockwise direction and stop at 30. Mark it as point 'D'. If point 'A' lies to the right of 'O', then start measuring anticlockwise and stop at 30. 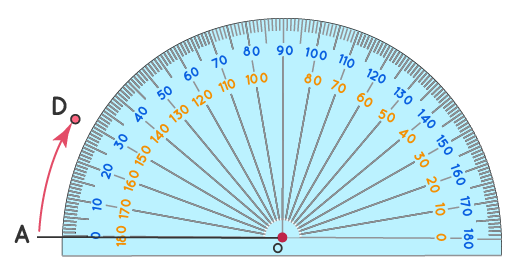 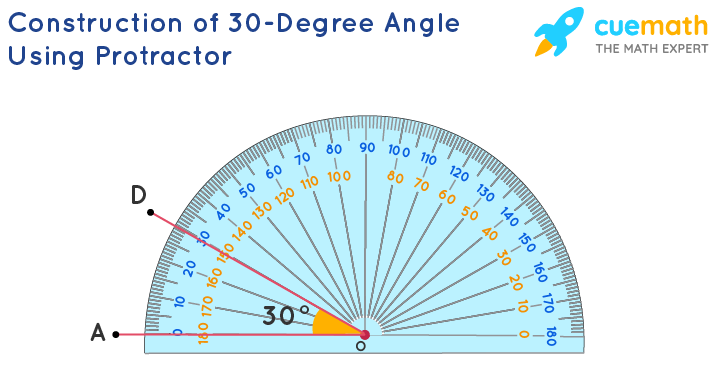 An angle of 30 degrees can also be constructed using a compass. Now let us see how to construct a 30-degree angle using a compass, ruler, and a pencil. Follow the steps given below:

The construction of the angle of 30° using a compass is shown below. 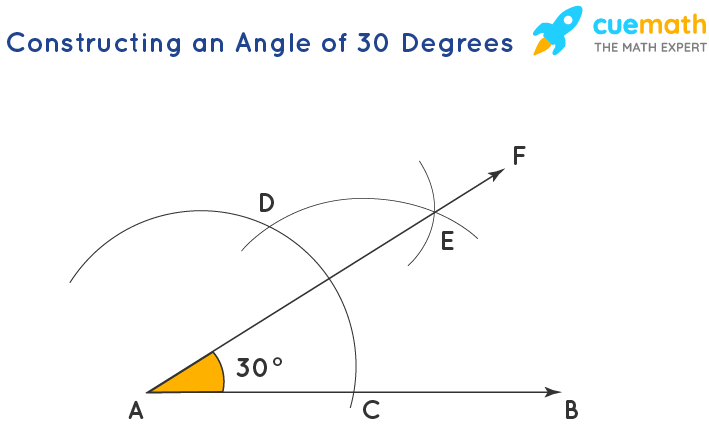 The 30-degree angle can be seen in many objects around us. The hands of an analog clock at 1:00 forms an angle of 30 degrees.

Check out a few interesting questions about a 30-degree angle.

How many 30-degree angles are there in a

a) Straight angle
b) Complete angle

Here are a few important notes about the 30-degree angle.

Check out some interesting articles related to the 30-degree angle.

What Type of Angle is 30 Degree Angle?

A 30-degree angle is an acute angle because it is less than 90 degrees.

How do you Draw a 30-degree Angle with a Protractor?

To draw a 30-degree angle using the protractor, follow these steps:

How Many 30-Degree Angles does it take to Make a Full Turn?

How Many 30 Degree Angles are there in a Straight Angle and Complete Angle?