Straight Line
Go back to  'Lines'

In geometry, there is a common confusion between a segment and a line.

A segment has a definite beginning and a definite end, with each end represented by a point.

Examples of segments include the length of a table, the distance of a straight road, etc.

On the other hand, a line has no definite beginning or end.

A segment is part of a line, but a line is not part of a segment.

We can see so many straight-line examples around us, edges of a building, roads we use to travel. 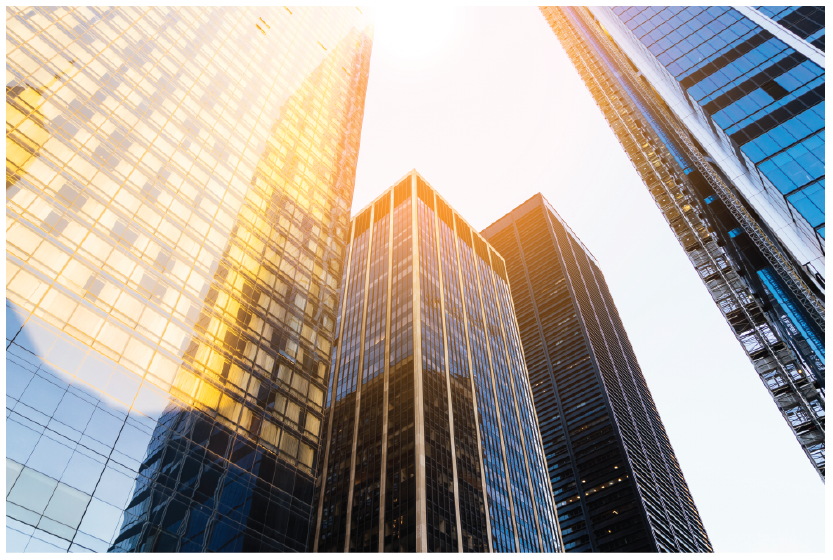 In this lesson, we will learn about straight lines.

What is a Straight Line?

A straight line AB is represented by:

While straight lines have no definite beginning or end, they are represented in our day-to-day lives with examples such as railway tracks or the freeway. 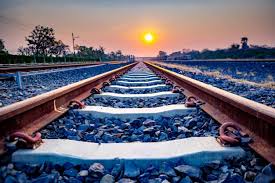 Straight lines are classified on the basis of their alignment.

The lines which are drawn horizontally are called horizontal lines.

The lines which are drawn vertically are called vertical lines.

The lines which are drawn in a slanting position or it is forming some angle other than 0, 90, 180, 270, 360 degrees with the horizontal or vertical lines are called oblique or slanting line.

Equation of a Straight Line

A straight line on a cartesian plane can have different representations, some of them are:

General Equation of a Straight Line

The general equation of a straight line can be given as:

A straight line having slope \(m = tan\theta\) where \(\theta\) is the angle formed by the line with the positive x-axis, and y-intercept as \(c\) is given by: 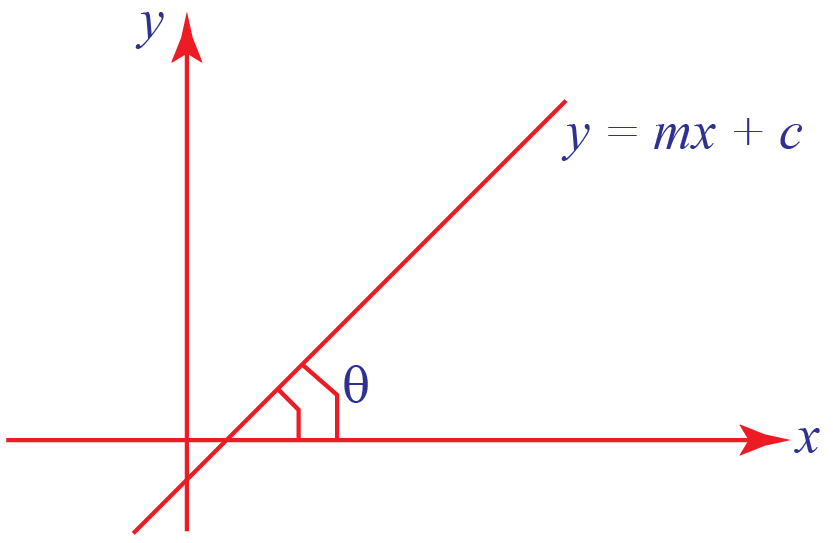 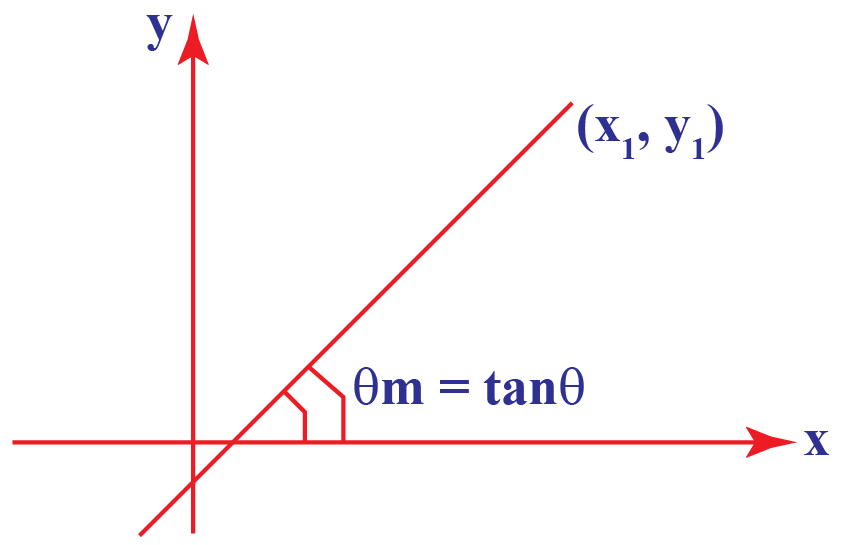 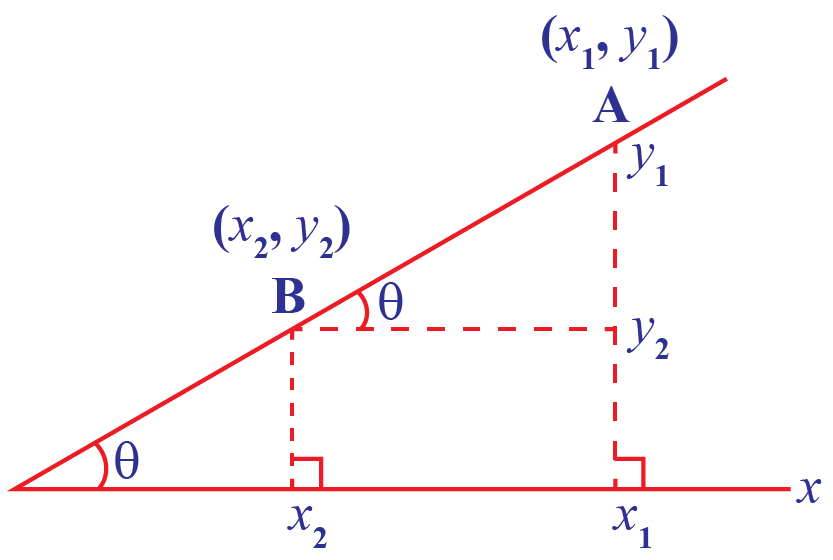 A straight line having x-intercept as \(a\) and y-intercept as \(b\) as shown in figure below where point A is on x-axis (vertical here) and point B is on y-axis (horizontal here), is given by: 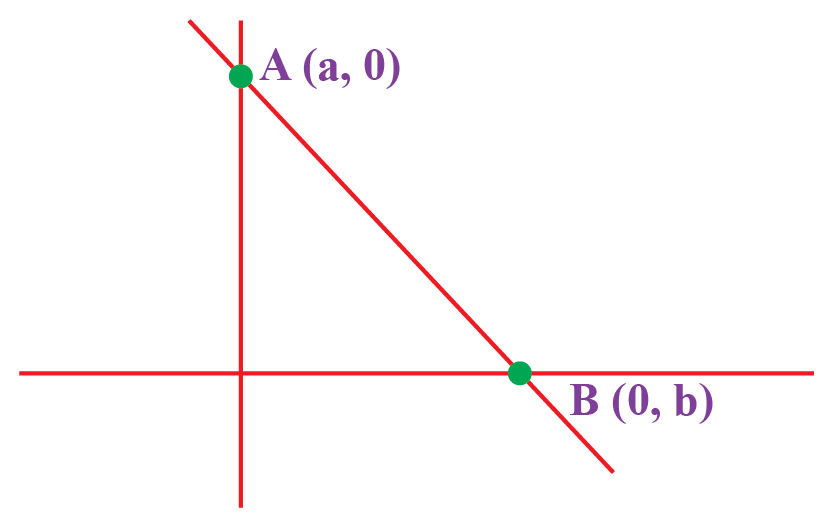 There can be so many types of lines that can be formed.

Equation of a line parallel to the axes can be given as: 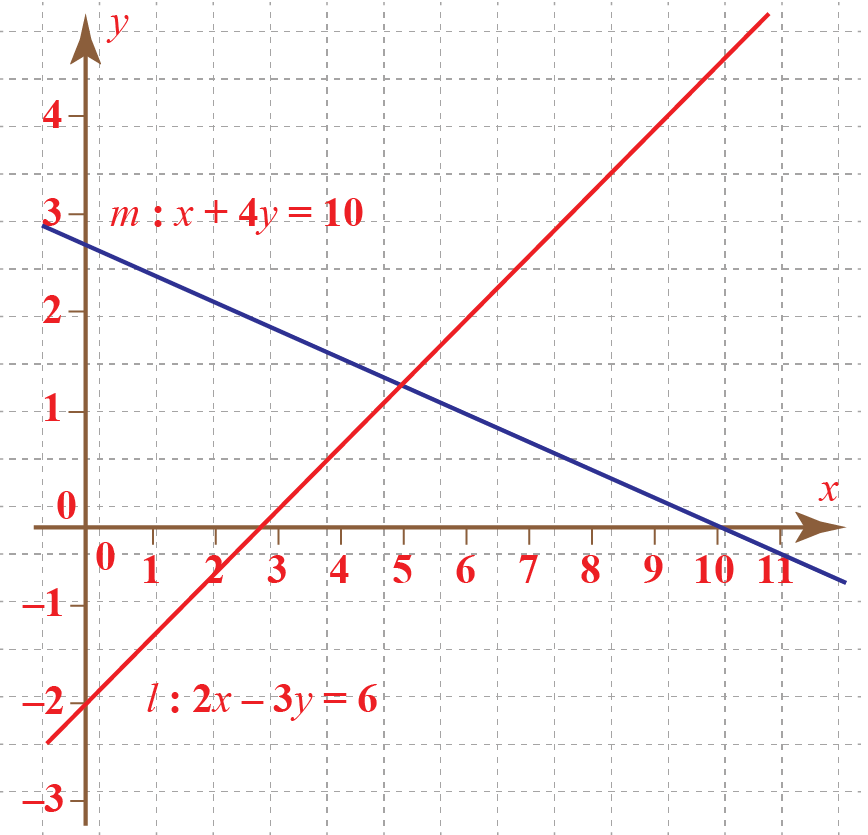 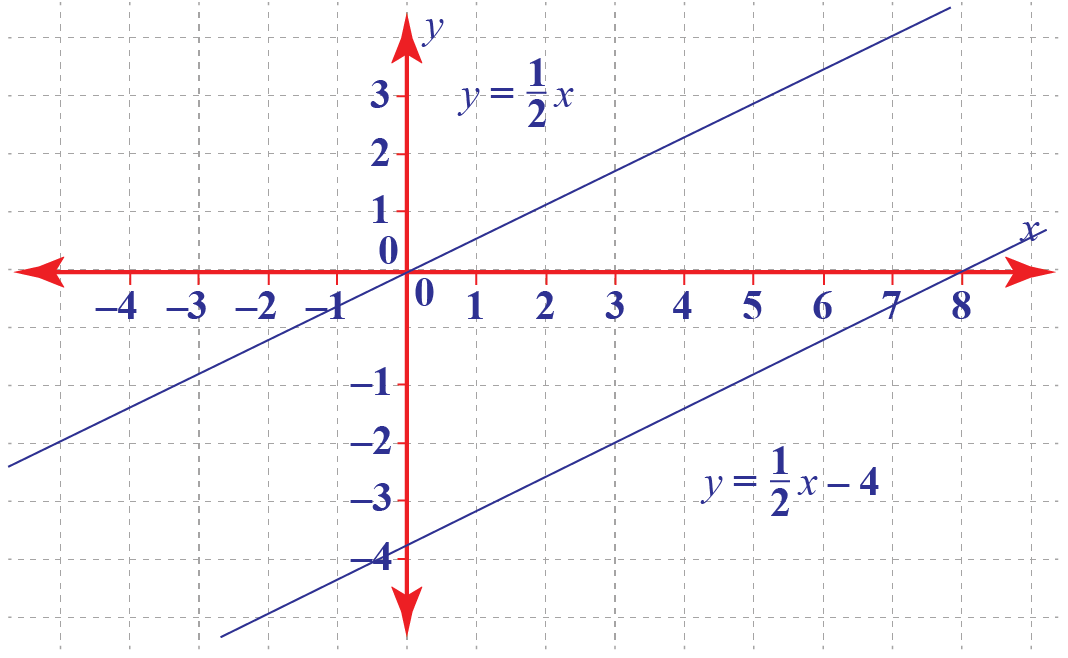 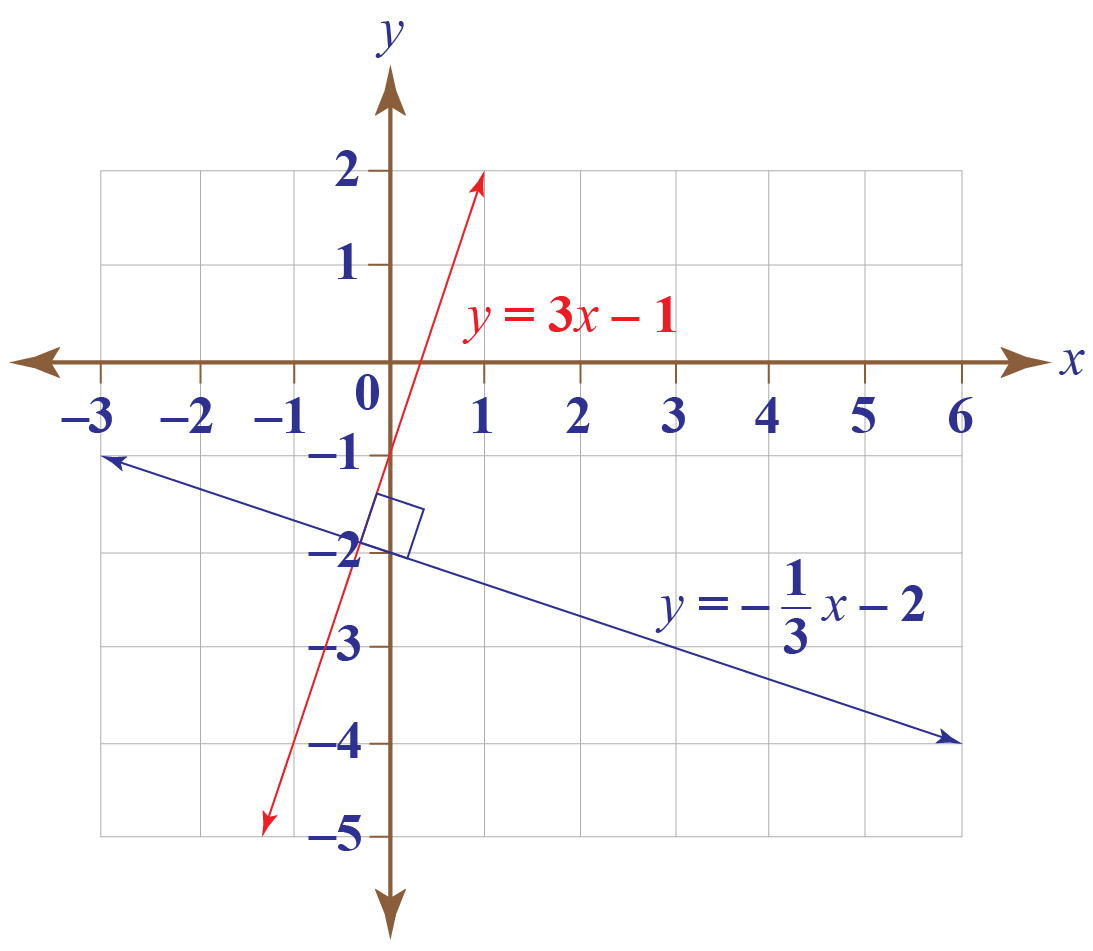 here in this case:

The angle formed by a line with positive x-axis is the slope of a line, different lines form different angles with the x-axis. Let's see some of the cases.

the line with 0 slope is parallel to x-axis. 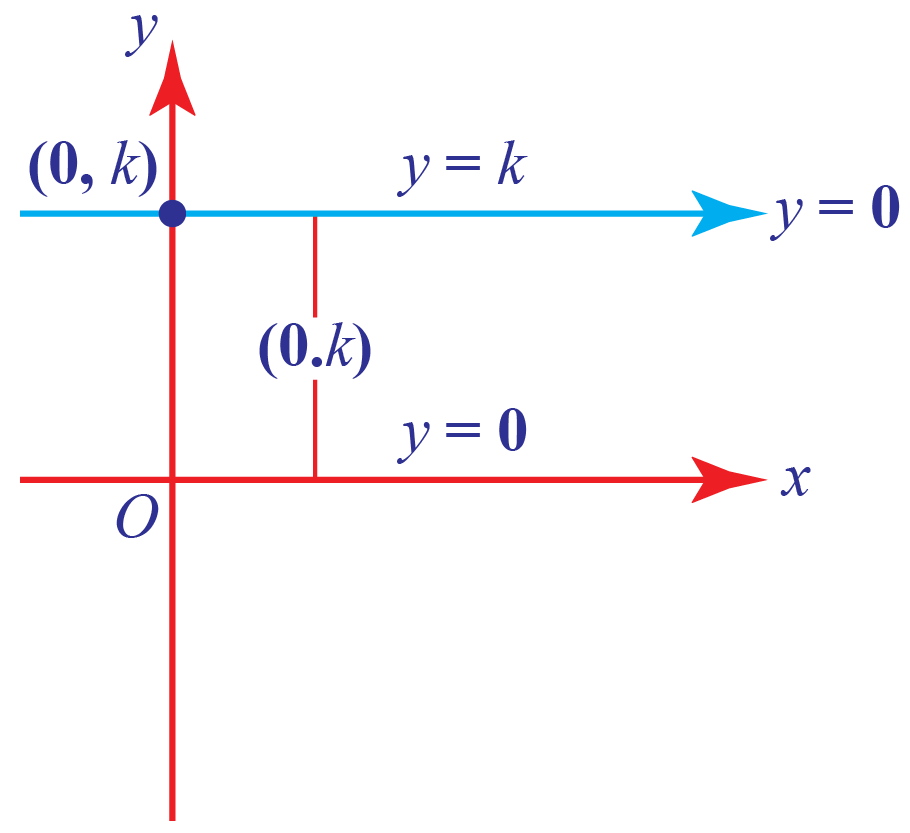 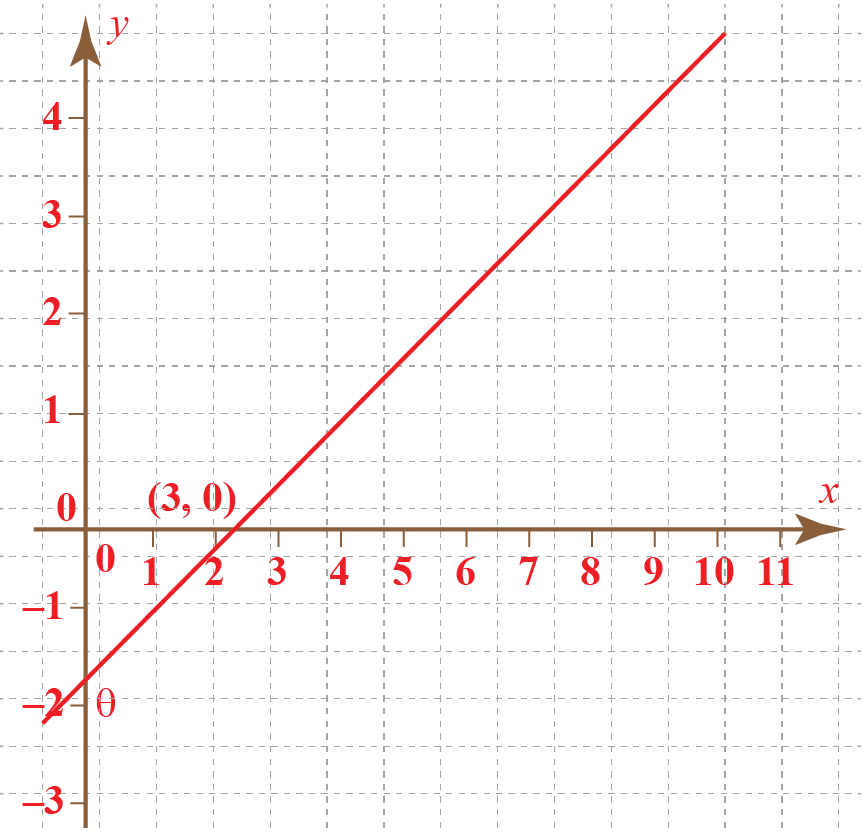 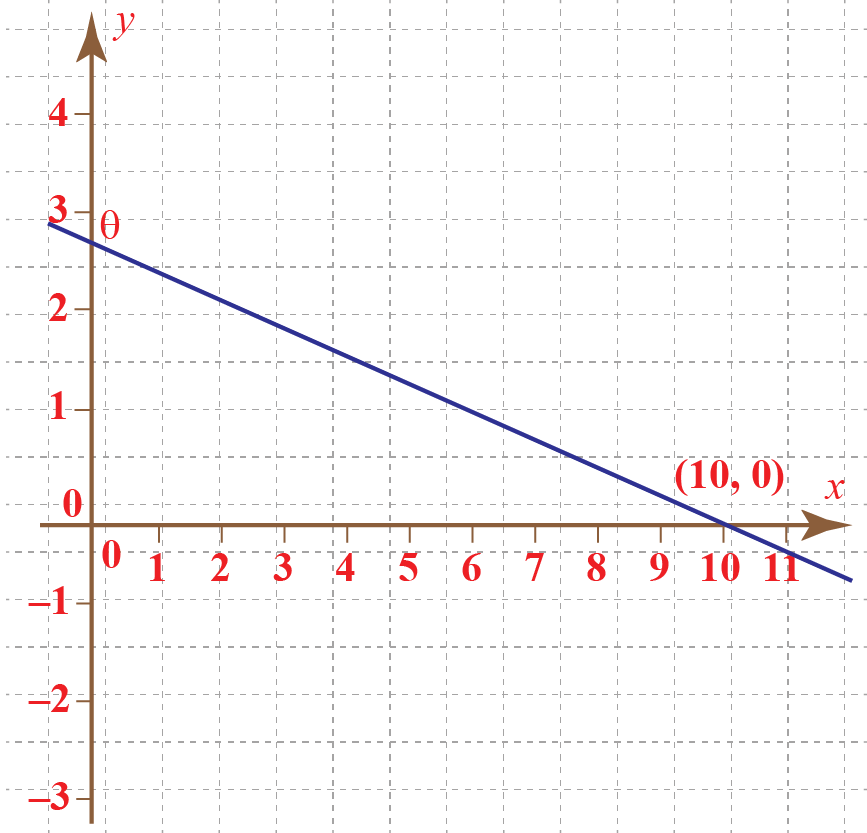 If a line formes \(90^{\circ}\) angle with the x-axis, the slope of the line is not defined or infinite.

the line with infinite slope is parallel to the y-axis. 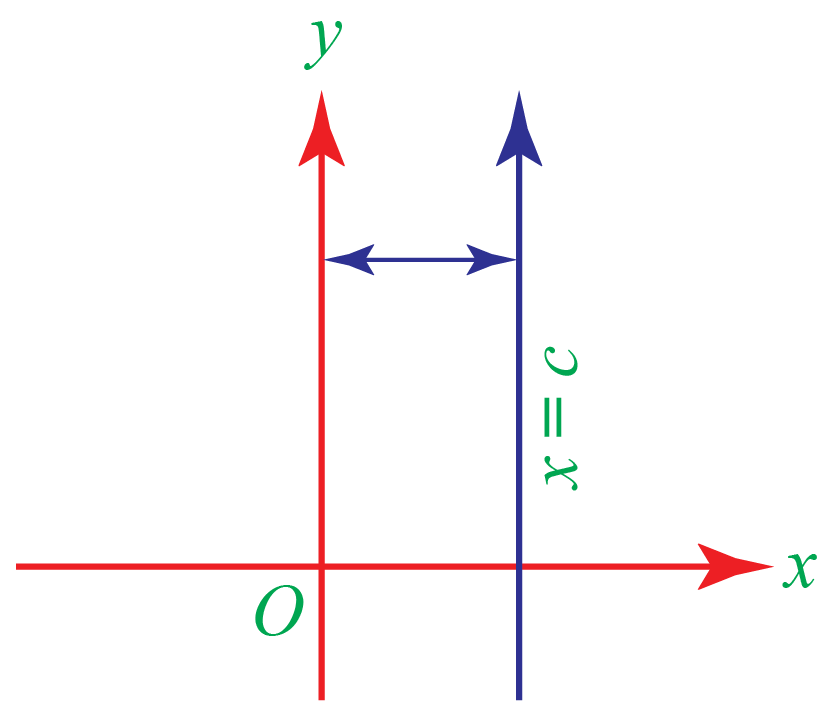 Properties of a Straight Line

1. A straight line has infinite length. We can never calculate the distance between the two extreme points of the line.

2. Whereas what we see around us as lines, for example, the edge of a table, side of rule these all are the examples of Line Segments.

3. A straight line has zero area, zero volume. but it has infinite length.

4. A straight line is a one-dimensional figure, Infine number of lines can pass through a single point, but there is only one unique line which passes through two points.

Identification and Construction of Straight Line

Euclid, the great mathematician, gave some postulates to construct a straight line.

A colony is situated on a cartesian plane, Mathew's house is situated at location \((4, 3)\) and Jim's home is located at \((7, -2)\) two roads have to be constructed from a square located at \((3, 2)\), find out whether these two roads are perpendicular to each other or not (assuming that roads are forming a straight line).

The mini-lesson targeted in the fascinating concept of straight lines. The math journey around straight lines starts with what a student already knows, and goes on to creatively crafting a fresh concept in the young minds. Done in a way that not only it is relatable and easy to grasp, but also will stay with them forever. Here lies the magic with Cuemath.

A line is a one-dimensional figure formed when we connect two distinct points with minimum distance between the points.

A point is a dot in a plane with zero length, zero area, and zero volume, a point has no dimensions.

3. What are line segments and rays?

Line segment is a part of a line that has fixed ends and its length can be calculated by using the measurement techniques.
Rays are also the part of a line but it has only one fixed end and the other end of a ray is considered to be at infinity, sun rays are the perfect example of rays.