In geometry, it's a common mistake to say a segment and a line are one and the same.

A segment has a definite beginning and a definite end, with each end represented by a point.

Examples of segments include the length of a table, the distance of a straight road, etc.

On the other hand, a line has no definite beginning or end.

A segment is part of a line, but a line is not part of a segment.

We can see so many straight-line examples around us, edges of a building, roads we use to travel.

Let us study about lines in detail.

What Is a Line?

A line is a figure formed when two points are connected with minimum distance between them, and both the ends extended to infinity.

A line AB is represented by

While lines have no definite beginning or end, they are represented in our day-to-day lives with examples such as railway tracks or the freeway. 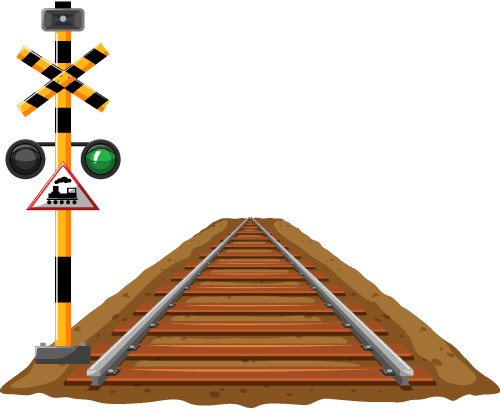 A ray is a part of a line that has only one fixed point and the other point does not have any end. 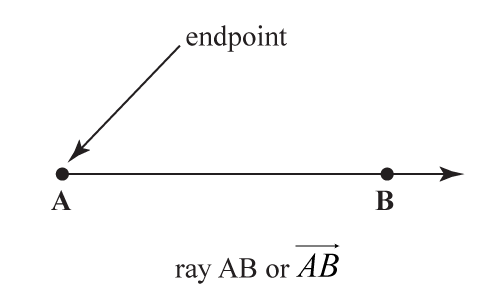 A ray AB is represented by

While rays have a fixed beginning and no definite end, they are represented in our day-to-day lives with examples such as the sunlight or the light of a torch. 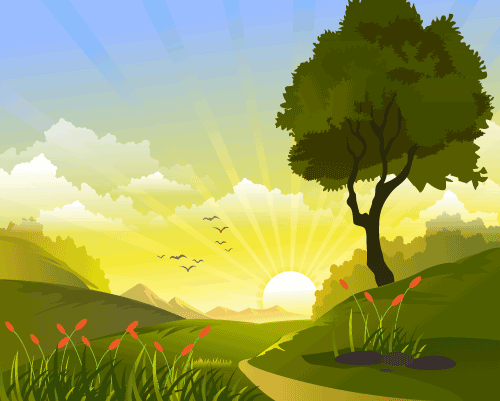 A segment is a part of a line that has a fixed length or we can say that both the ends of a segment are fixed. Segments, sometimes also referred to as line segments. 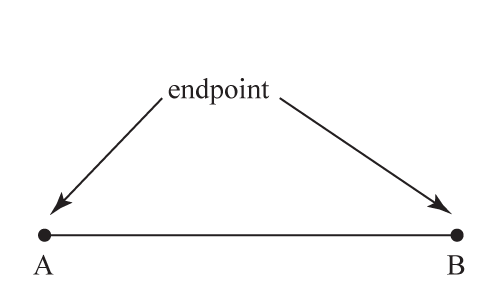 A segment AB is represented by

While line segments have both fixed ends, they are represented in our day-to-day lives with examples such as the edge of a table or some wire or pole.

What Are Parallel Lines?

Two lines are said to be parallel lines if they lie in the same plane and never meet.

Or we can say that if two lines do not have any intersection point they are said to be parallel lines. 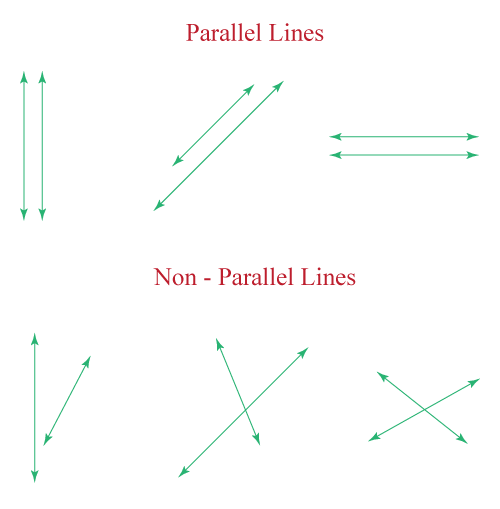 If two lines meet at a point then they are said to be interesting lines. 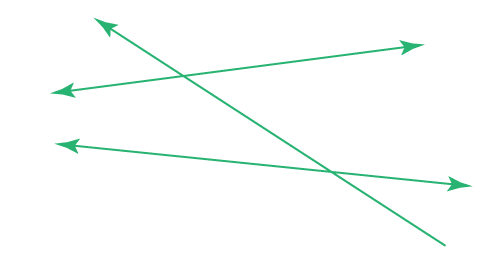 What Are Perpendicular Lines?

If two intersecting lines meet each other at \(90^{\circ}\) angle, then they are said to be perpendicular lines.

Or if the angle between two lines is \(90^{\circ}\) then they are perpendicular to each other. 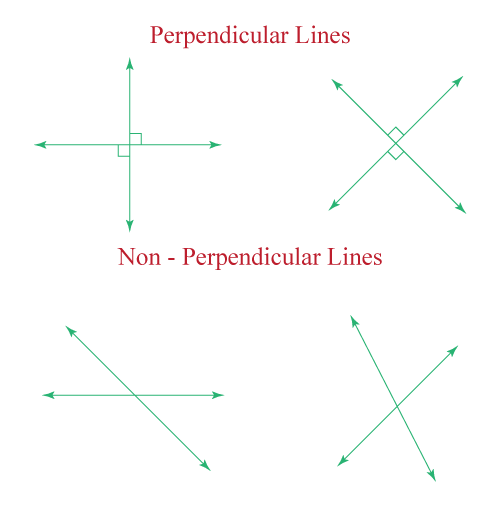 Explore the types of lines in the below simulation.

Lines are classified on the basis of their alignment.

The lines which are drawn horizontally are called horizontal lines.

The lines which are drawn vertically are called vertical lines.

The lines which are drawn in a slanting position or it is forming some angle other than 0, 90, 180, 270, 360 degrees with the horizontal or vertical lines are called oblique or slanting line. 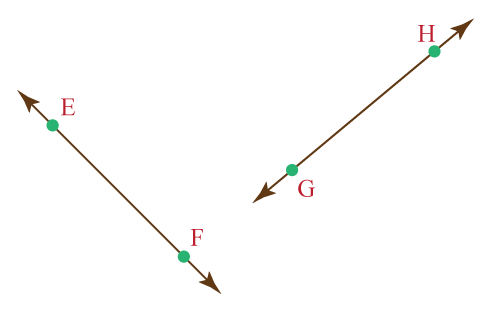 Sam wants to find out the figures which are made up of line segments only. Help him to pick out the correct figures from the following. 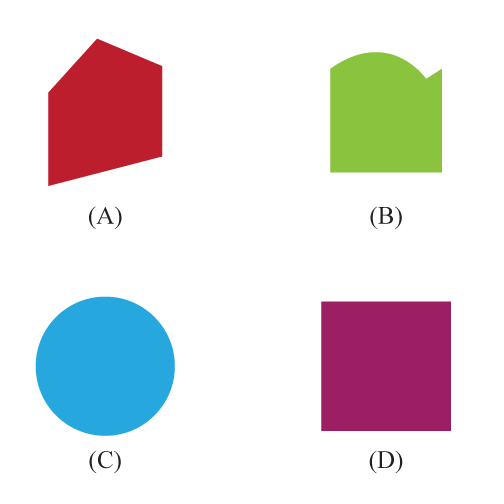 Let's discuss each option one by one:

Option A is made up of 5 line segments.

Option B is made up of 3 line segments and a curved part.

Option C is a circle hance it is made up of only curved parts.

Option D is made up of 4 line segments.

Find the correct types of lines from the figure given below.

Option A is a pair of parallel lines

Option B is a pair of non-parallel lines or intersection lines.

Option C is an example of perpendicular lines. 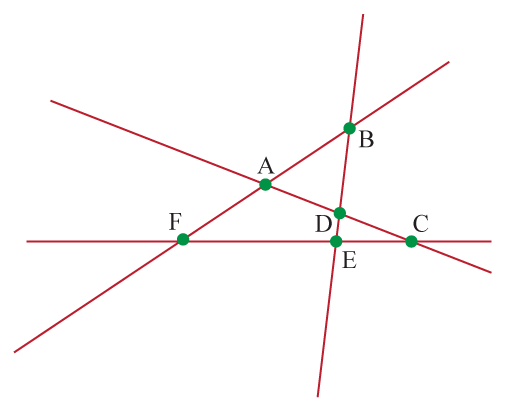 Hence there are total 6 points of intersections.

We hope you enjoyed learning about lines with the interactive questions. Now, you will be able to easily solve problems on lines.

1. What is the equation of a line?

2. What is the angle between two perpendicular lines?

The angle between the two perpendicular lines is 90 degrees.

A secant line is a line that intersects at two points with a circle. 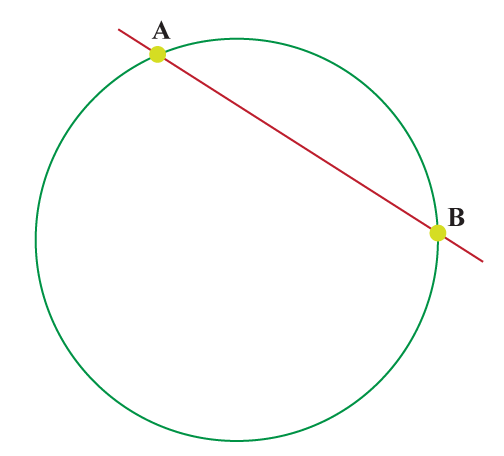 The line AB is the secant to the circle.

A tangent line is a line that touches the circle at one point. 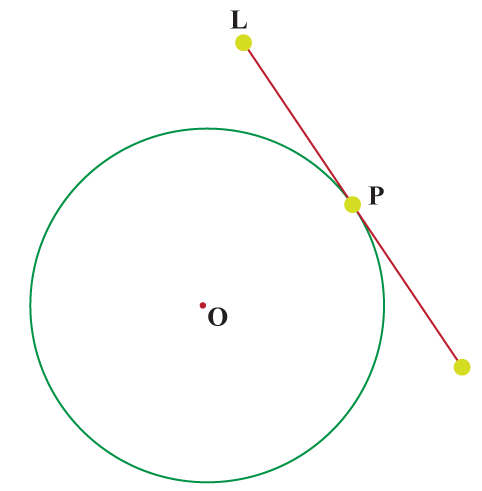 5. What are the parallel lines?

Two lines are said to be parallel lines if they lie in the same plane and never meet.