Congruent angles are the angles that have equal measure. So all the angles that have equal measure will be called congruent angles. They are seen everywhere, for example, in equilateral triangles, isosceles triangles, or when a transversal intersects two parallel lines. Let us learn more about the congruence of angles along with their construction in this article.

What are Congruent Angles? 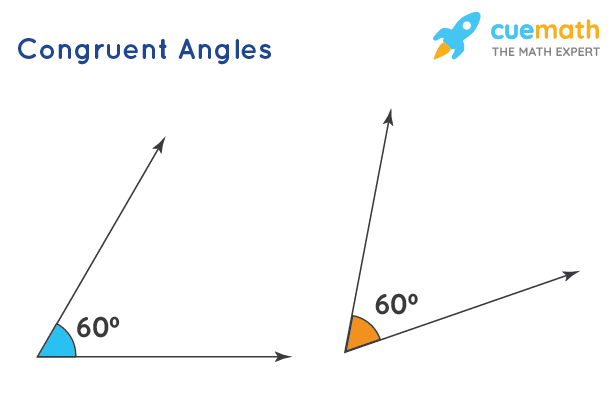 In the above image, both the angles are equal in measurement (60∘ each). They can completely overlap each other. So, as per the definition, we can say that both the given angles are congruent angles.

Let's understand each of the theorems in detail along with its proof.

Proof: The proof is simple and is based on straight angles. We already know that angles on a straight line add up to 180°. 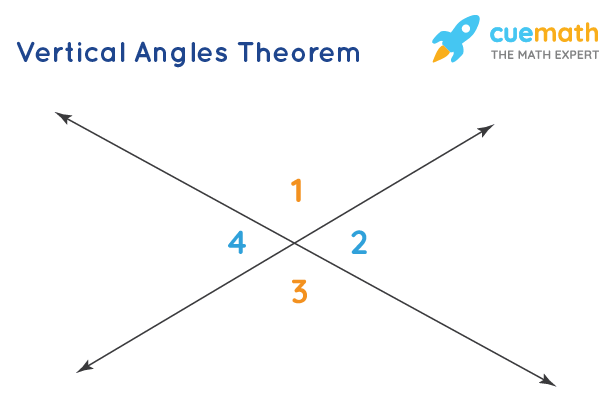 So in the above figure: 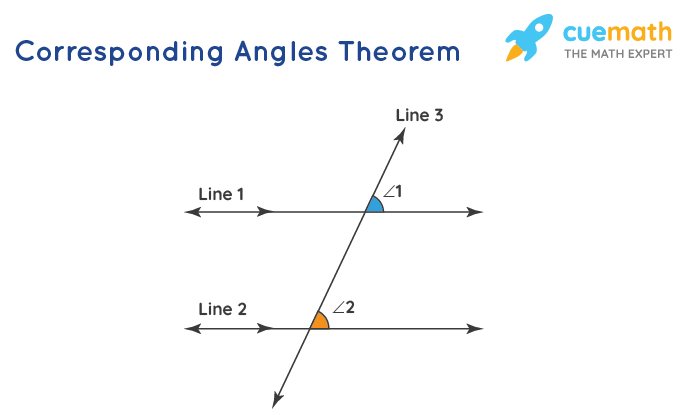 When a transversal intersects two parallel lines, corresponding angles are always congruent to each other. In this figure, ∠1 = ∠2. It's a postulate so we do not need to prove this. It is always stated as true without proof.

When a transversal intersects two parallel lines, each pair of alternate angles are congruent. 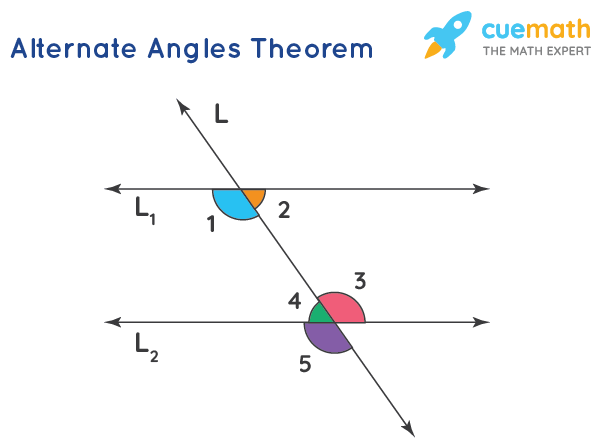 Refer to the figure above. We have:

Similarly, we can prove the other three pairs of alternate congruent angles too.

Supplementary angles are those whose sum is 180°. This theorem states that angles supplement to the same angle are congruent angles, whether they are adjacent angles or not.

We can prove this theorem by using the linear pair property of angles, as,

∴ Angles supplement to the same angle are congruent angles.

Complementary angles are those whose sum is 90°. This theorem states that angles that complement the same angle are congruent angles, whether they are adjacent angles or not. Let us understand it with the help of the image given below.

We can easily prove this theorem as both the angles formed are right angles.

So, from the above two equations, we get, ∠b ≅ ∠c.

Step 1- Draw two horizontal lines of any suitable length with the help of a pencil and a ruler or a straightedge.

Step 2- Take any arc on your compass, less than the length of the lines drawn in the first step, and keep the compass tip at the endpoint of the line. Draw the arc keeping the lines AB and PQ as the base without changing the width of the compass. 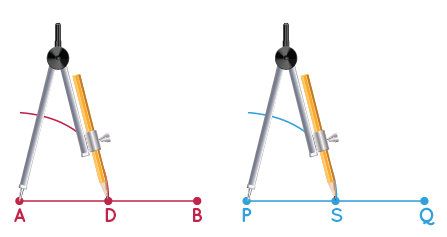 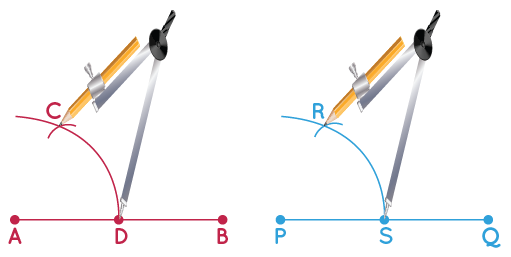 Step 4- Draw lines that will join AC and PR.

This is how we get two congruent angles in geometry, ∠CAB, and ∠RPQ.

Construction of a Congruent Angle to the Given Angle

By now, you have learned about how to construct two congruent angles in geometry with any measurement. But what if any one angle is given and we have to construct an angle congruent to that? Let's learn it step-wise.

Suppose an angle ∠ABC is given to us and we have to create a congruent angle to ∠ABC. 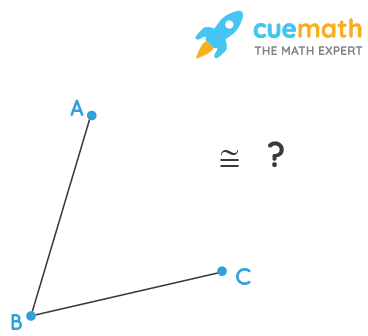 Step 1 - Draw a horizontal line of any suitable measurement and name it YZ.

Step 2 - Keep compass tip at point B in the given angle and draw an arc by keeping BC as the base and name that point D. 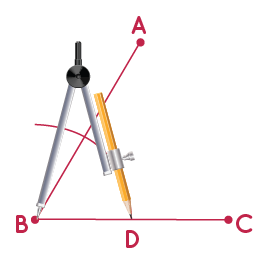 Step 3 - With the same width, draw an arc by keeping the compass tip at point Y and name the point at line YZ as O.

Step 4 - Keep compass tip at point D and measure the arc from point D to the point of intersection of the arc at segment AB.

Step 5 - With the same arc, keep your compass tip at point O and mark a cut at the arc drawn in step 3, and name that point as X.

Here, we get ∠ABC ≅ ∠XYZ, which satisfies the definition of the congruent angle. This is how we can construct an angle congruent to the given angle.

What does Congruent Angles mean?

Two angles are said to be congruent when they are of equal measurement and can be placed on each other without any gaps or overlaps. The congruent angles symbol is ≅.

What are the Conditions Required for Congruent Angles?

There is only one condition required for angles to be congruent and that is, they need to be of the same measurement.

Do Congruent Angles Add up to 180?

Right angles are always congruent as their measurement is the same. They always measure 90°.

What are Congruent Angles in Parallel Lines?

When two parallel lines are intersected by a transversal, we get some congruent angles which are corresponding angles, vertical angles, alternate interior angles, and alternate exterior angles.

How do we Know if Angles are Congruent?

How to Find Congruent Angles?

Any two angles of the same measurement are congruent angles. So, to find congruent angles, we just have to identify all equal angles. When placed on top of each other, they completely fit without any gaps.

What Type of Angles are always Congruent?