Two or more lines that lie in the same plane and never intersect or meet each other are known as parallel lines. For example, let us assume two tall buildings in a neighborhood. They seem so tall and straight. But will they ever meet? The answer to such questions lies with the concepts of parallel lines. Let's go through the article for more clarity.

What are Parallel Lines?

Parallel lines never cut (intersect) or meet each other, and they lie on the same plane, they need not be straight. For example, look at the image given here. These sets of lines are parallel to each other. This means that the given lines will never meet each other no matter how long we extend them. 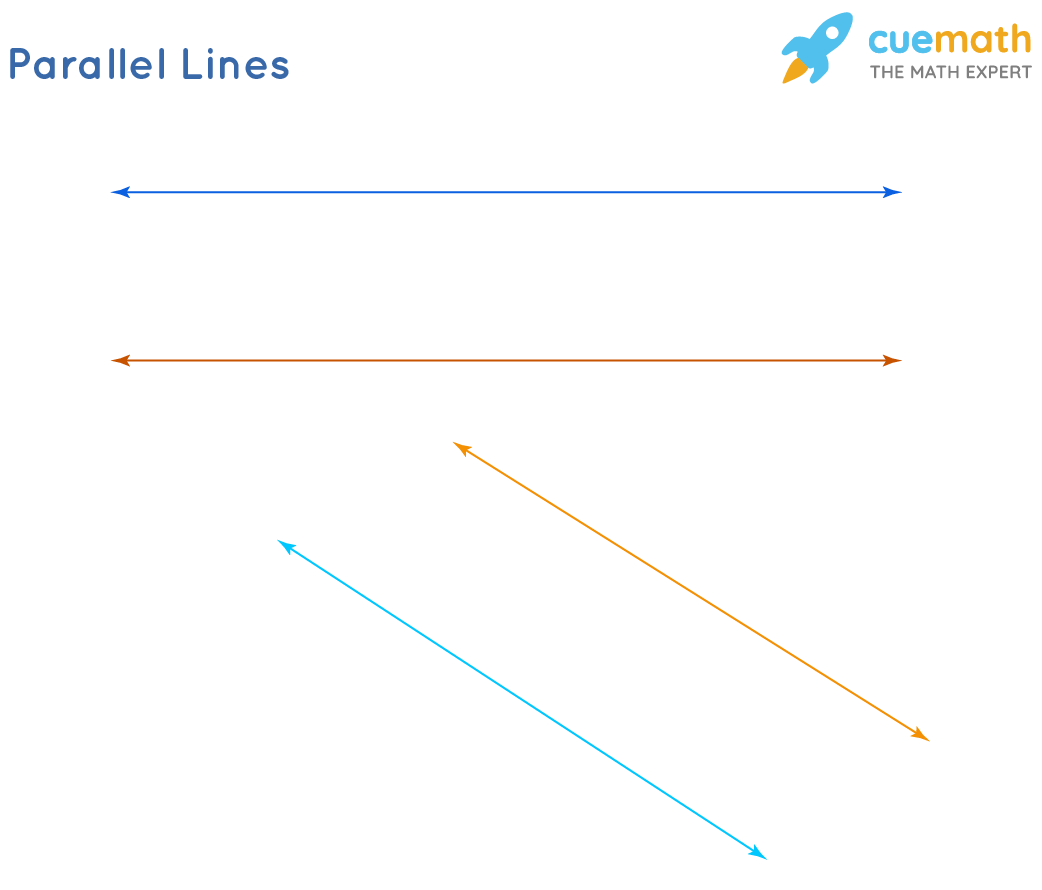 When parallel lines (L1 and L2) are intersected by another line (which is called a transversal), many angles are formed which are equal. These pairs of equal angles thus formed have special names. Eight separate angles have been formed by the two parallel lines and a transversal. Each angle has been labeled using alphabets. Given below are the angles and the angle pairs formed by the two parallel lines L1 and L2.

Thus, the properties of Parallel Lines are as follows: How do you Know if Lines are Parallel?

The special pair of angles formed by two lines and a transversal could be used to test the parallelism of lines. Two lines will be parallel if any one of the followings conditions is fulfilled.

A set of parallel lines intersected by a transversal will automatically fulfill all the above conditions. Do Parallel Lines Always Have to be Straight?

Lines do not have to be always straight to be parallel. To be called parallel, they should be equidistant throughout their length. Curved lines could also be parallel if they never meet and remain equidistant. The below-given curvy lines are equidistant and are thus parallel too! Given below are a few important points that can help you solve problems based on parallel lines.

What Angles are Formed by Parallel Lines and Transversals?

When two lines get crossover by a transversal, the following angles are formed:

What are Real-World Examples of Parallel Lines?

The real-life examples of parallel lines include railroad tracks, the edges of sidewalks, rails of a ladder, never-ending rail tracks, opposite sides of a ruler, opposite edges of a pen, eraser, etc.

What is the Rule for Parallel Lines?

The rule for parallel lines is that the lines should not meet each other. In other words, having the same value of slopes should also work.

How do you Know if Lines are Parallel?

If we extend the lines up to infinity, and they still do not intersect, we know that the lines are parallel. Also, if the slopes given for the two lines are the same, then also they are known to be parallel.

What is the Symbol for Parallel Lines?

Do Parallel Lines Meet in Infinity?

No, the definition itself suggests that these lines never meet. Hence, parallel lines would not meet up even at infinity.