A reflex angle is an angle that is greater than 180 degrees but less than 360 degrees. A reflex angle always has a corresponding angle which lies on the other side of it. Let us learn more about reflex angles in this article.

What is Reflex Angle? 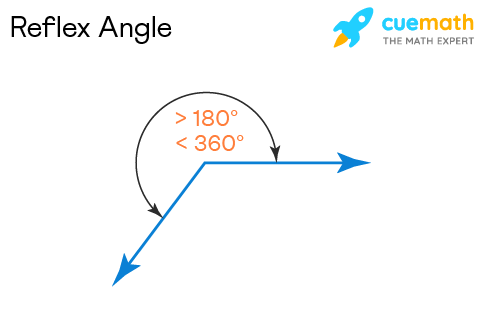 When two lines intersect at a point, the measure of the “opening” between these two lines is called an angle. Let us take the letters A, B, and O to name the angle. Observe the following figure to see the reflex angle which is the larger angle, and the smaller angle is an acute angle. It is to avoid this particular ambiguity that we refer to the angle marked outside as reflex ∠AOB.
Note: Reflex ∠AOB and the acute ∠AOB form a complete angle, therefore, they sum up to 360°. 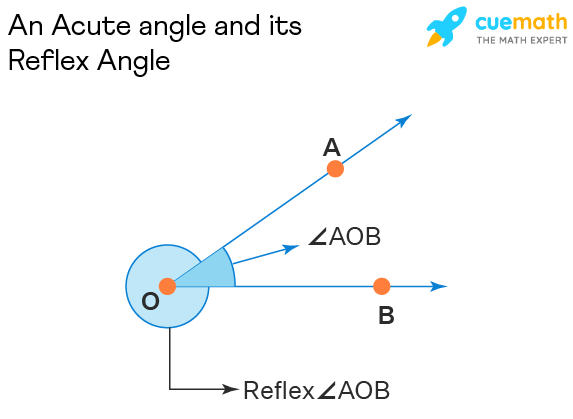 How to Measure a Reflex Angle?

We know that with the help of a protractor we can easily measure any type of angle. Let us learn how to measure a reflex angle using the following steps. Observe the following figure to relate to the steps. 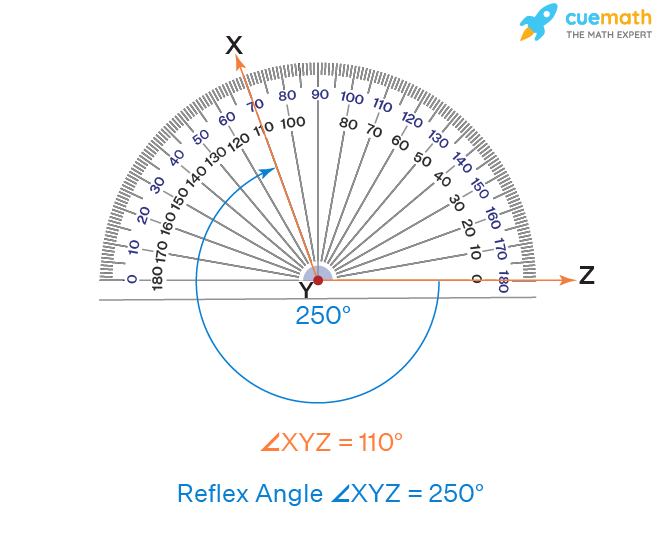 We can easily notice reflex angles all around us in real life. Here is a list of a few examples of reflex angles that we come across in our day-to-day lives. 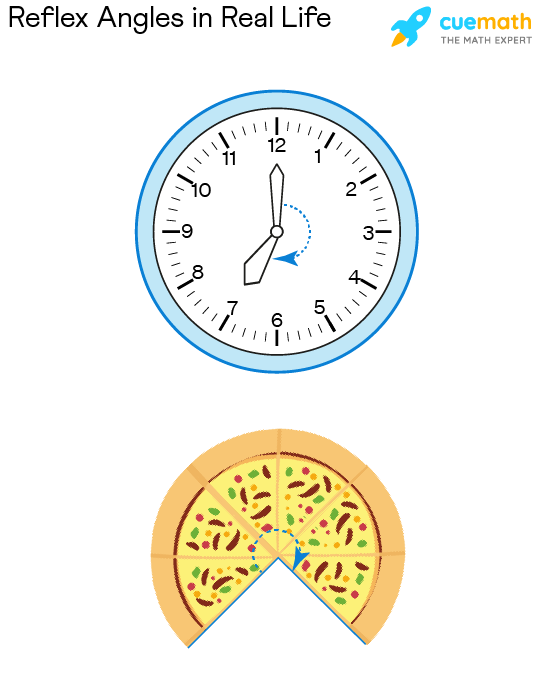 Check out these interesting articles to know more about reflex angles.

What is a Reflex Angle in Geometry?

An angle whose measure is greater than 180° but less than 360° is termed as a reflex angle. It is the angle that lies on the remaining side of any given angle. A reflex angle and its corresponding angle together form a complete angle of 360°.

What are the Examples of Reflex Angle?

What is the Difference Between an Obtuse Angle and a Reflex angle?

Is 180 Degrees a Reflex Angle?

What is the Measure of Reflex Angle?

How to Draw a Reflex Angle?

Step 2: Draw and mark this angle using the protractor. Here, we need to draw an angle of 120° in the usual way.

Can a Triangle have a Reflex Angle?

Can a Quadrilateral have a Reflex Angle?

How to Find a Reflex Angle?