The word "tangent" means "to touch". The Latin word for the same is "tangere". In general, we can say that the line that intersects the circle exactly in one single point never entering the circle's interior is Tangent. A circle can have many tangents. Tangents are perpendicular to the radius. Let us read more about a tangent to circle theorems which plays a significant role in geometrical constructions and proofs.

Let us understand the concept of a tangent with an example. The following figure shows an arc S and a point P external to S. A tangent from P has been drawn to S. This is an example of a representation of a tangent. 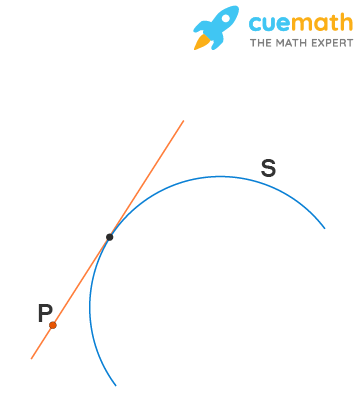 Tangent in geometry is defined as a line or plane that touches a curve or a curved surface at exactly one point.

What is Tangent to Circle? 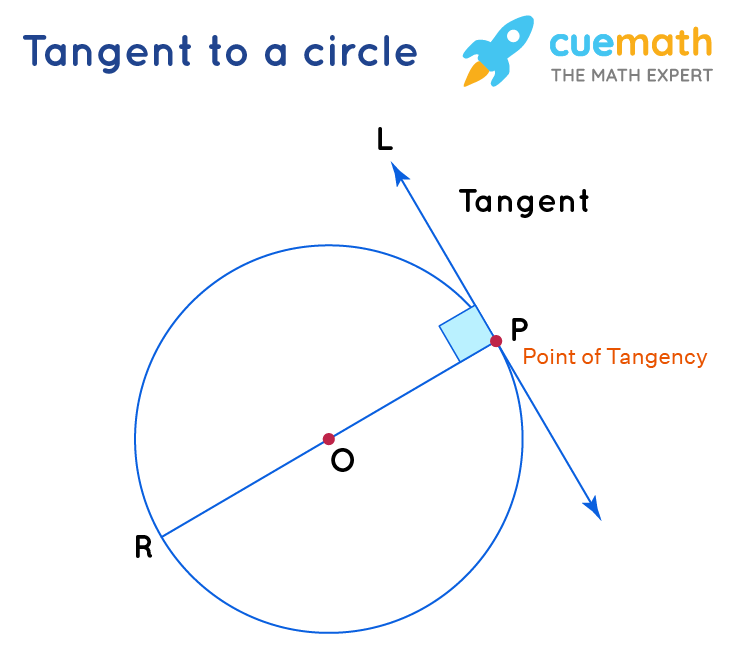 The tangent has two important properties:

Apart from the above-listed properties, a tangent to the circle has mathematical theorems associated with it and are used while doing major calculations in geometry. Let us discuss a few tangents to circle theorems in detail.

Tangent Theorem I: The tangent at any point of a circle is perpendicular to the radius through the point of contact.

Given: Tangent PL to a circle S (with the center of circle O), and the point of contact is A.

To prove: OA is perpendicular to the tangent PL. 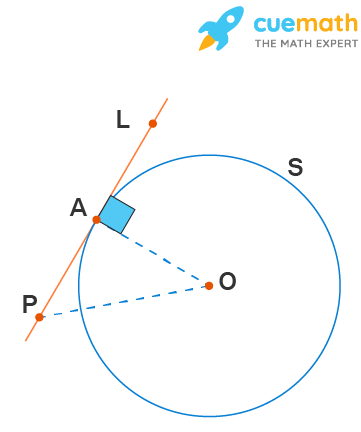 Proof: Point P lies outside the circle. On joining PO we get PO > OA (radius of a circle). This condition will apply to every point on the line PL except point A.

PO > OA proves that OA is the shortest of all the distances of point O to the other points on PL.

Tangent Theorem II: Suppose that two tangents are drawn to a circle S from an exterior point C. Let the points of contact be A and B, as shown: 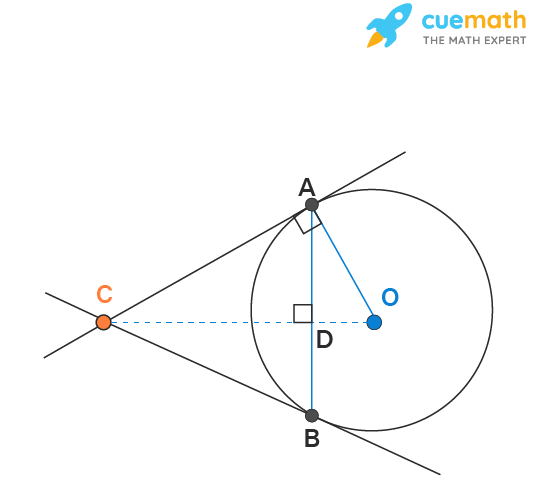 The theorem states the following:

Proof: All the three parts will be proved if we show that ΔCAO is congruent to ΔCBO. Comparing the two triangles, we see that:

Check out some interesting articles related to the tangent and tangent to the circle.

What is the Definition of Tangent?

The "tangent" is derived from the Latin word "tangere", which means "to touch". Tangent in geometry is defined as a line or plane that touches a curve or a curved surface at exactly one point.

How Do You Define Tangent to Circle?

What are the Two Major Theorems of Tangent to Circle?

The two major tangent to circle theorems are listed below:

General equations of tangent to circle can be expressed as:

What are the Four Properties of Tangents to a Circle?

The four major properties of tangent to circle are listed as follows:

How Tangent is Important in Real Life?

How to Construct a Tangent?

To construct tangents on a circle following steps are necessary:

How Do We Know if Two Circles are Tangent?