Scatter Plots are described as one of the most useful inventions in statistical graphs. Originally, the scatter plot was presented by an English Scientist, John Frederick W. Herschel, in the year 1833. Herschel used it in the study of the orbit of the double stars. He plotted the positional angle of the double star in relation to the year of measurement. The scatter plot was used to understand the fundamental relationship between the two measurements. Even though bar charts and line plots are frequently used, the scatter plot still dominates the scientific and business world. It is very easy for people to look at points on a scale and understand their relationship.

Let us explore this topic to understand more about scatter plots.

What Is a Scatter Plot? 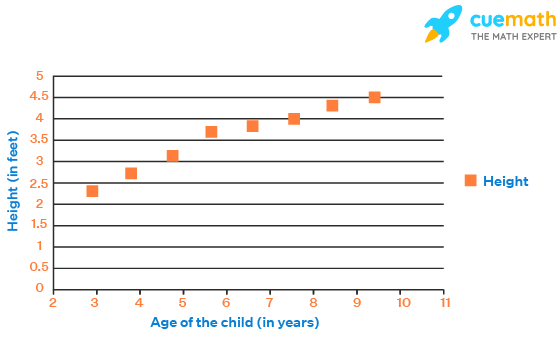 Example: Days of the week and the sales 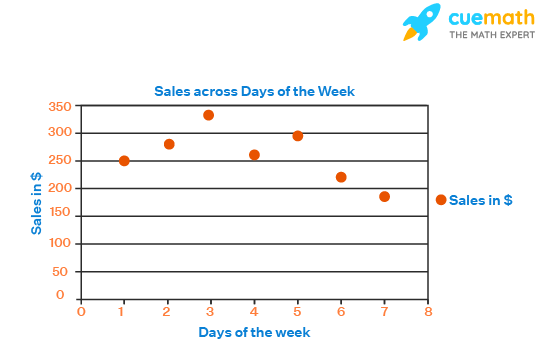 How to Construct a Scatter Plot?

There are three simple steps to plot a scatter plot. 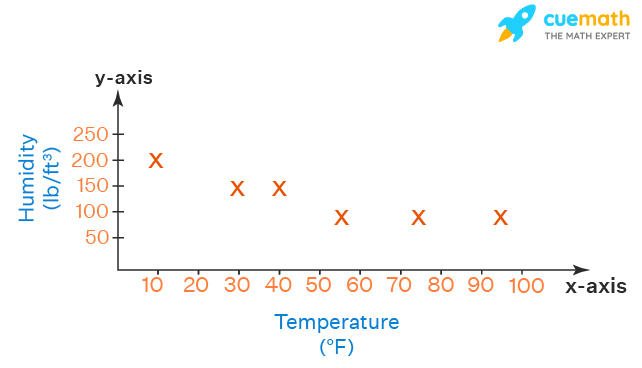 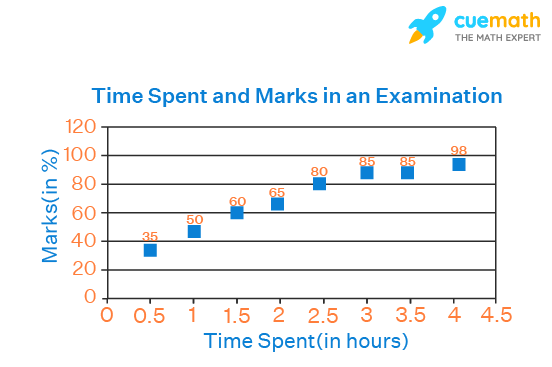 A scatter plot with an increasing value of one variable and a decreasing value for another variable can be said to have a negative correlation. Observe the below image of negative scatter plot depicting the amount of production of wheat against the respective price of wheat. 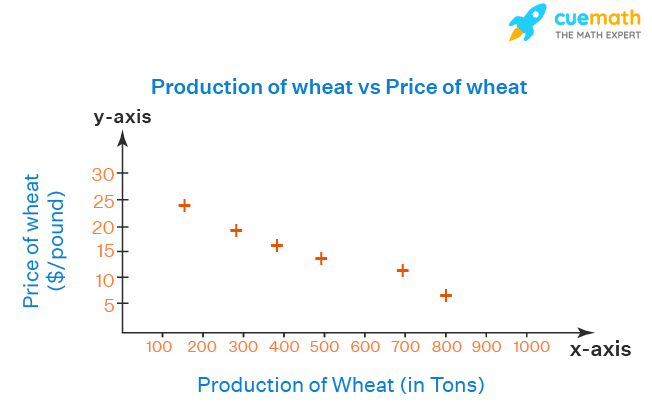 A scatter plot with no clear increasing or decreasing trend in the values of the variables is said to have no correlation. Here the points are distributed randomly across the graph. For example, the data for the number of birds on a tree at different times of the day does not show any correlation. Observe the below scatter plot showing the number of birds on a tree versus time of the day. 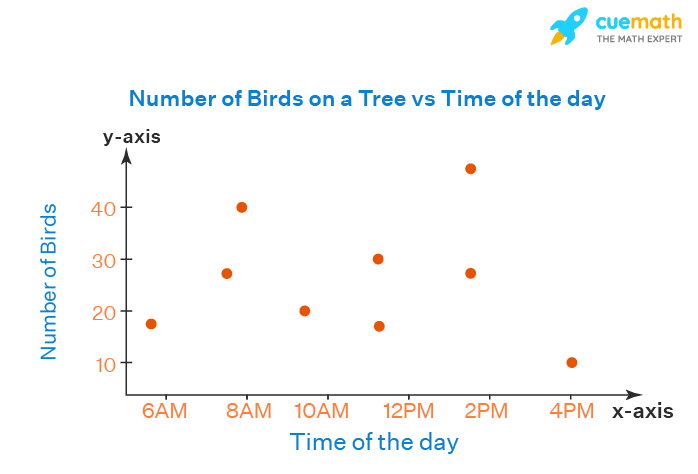 What is Scatter Plot Analysis?

Analysis of a scatter plot helps us understand the following aspects of the data.

What is Scatter Plot in Data?

In data, a scatter (XY) plot is a vertical use to show the relationship between two sets of data. It is a graphical representation of data represented using a set of points plotted in a two-dimensional or three-dimensional plane.

What is Scatter Plot Used For?

Scatter plots are used to observe and plot relationships between two numeric variables graphically with the help of dots. The dots in a scatter plot shows the values of individual data points.

What are Interpolation and Extrapolation in a Scatter Plot?

Interpolation or extrapolation helps in predicting the values of the new data using scatter plots.

What are the Three Types of Scatter Plot?

The relationship between the different variables in data is referred to as a correlation. Scatter plots help find the correlation within the data. There are three types of correlation:

When Should You Use Scatter Plot?

You can use a scatter plot when you have at least two variables that can be paired well together. Plotting the variables on a scatter diagram is a systematic way to view the relationship between the variables and see if it's a positive or negative correlation.

How Can You Differentiate Between a Positive and Negative Correlation on a Scatter Plot?

What is a Linear Scatter Plot?