Even numbers are those numbers that can be divided into two equal groups or pairs and are exactly divisible by 2. For example, 2, 4, 6, 8, 10 and so on. Suppose you have 10 candies. These candies can be equally divided into two groups with 5 candies in each group. Hence, 10 is an even number. However, this grouping cannot be done for 11 candies, so 11 is not an even number. In this page, we will explore more interesting ways to understand even numbers, their properties, and interesting facts about them.

What Are Even Numbers?

An even number is a number that is a multiple of 2. Suppose John has 6 balls. If he tries to group them, he can pair all 6 balls and form 3 pairs. There are no balls that are left unpaired. Therefore, he can conclude that 6 is an even number. Now, let’s divide 6 by 2. We get the quotient as 3, which is equal to the number of pairs that are formed. We get the remainder as 0, which is equal to the number of balls that cannot be paired. Whenever John tries to pair an even number of balls, he will be left with NO ball. In other words, whenever an even number is divided by 2, we will always get the remainder as 0.&

Odd and Even Numbers 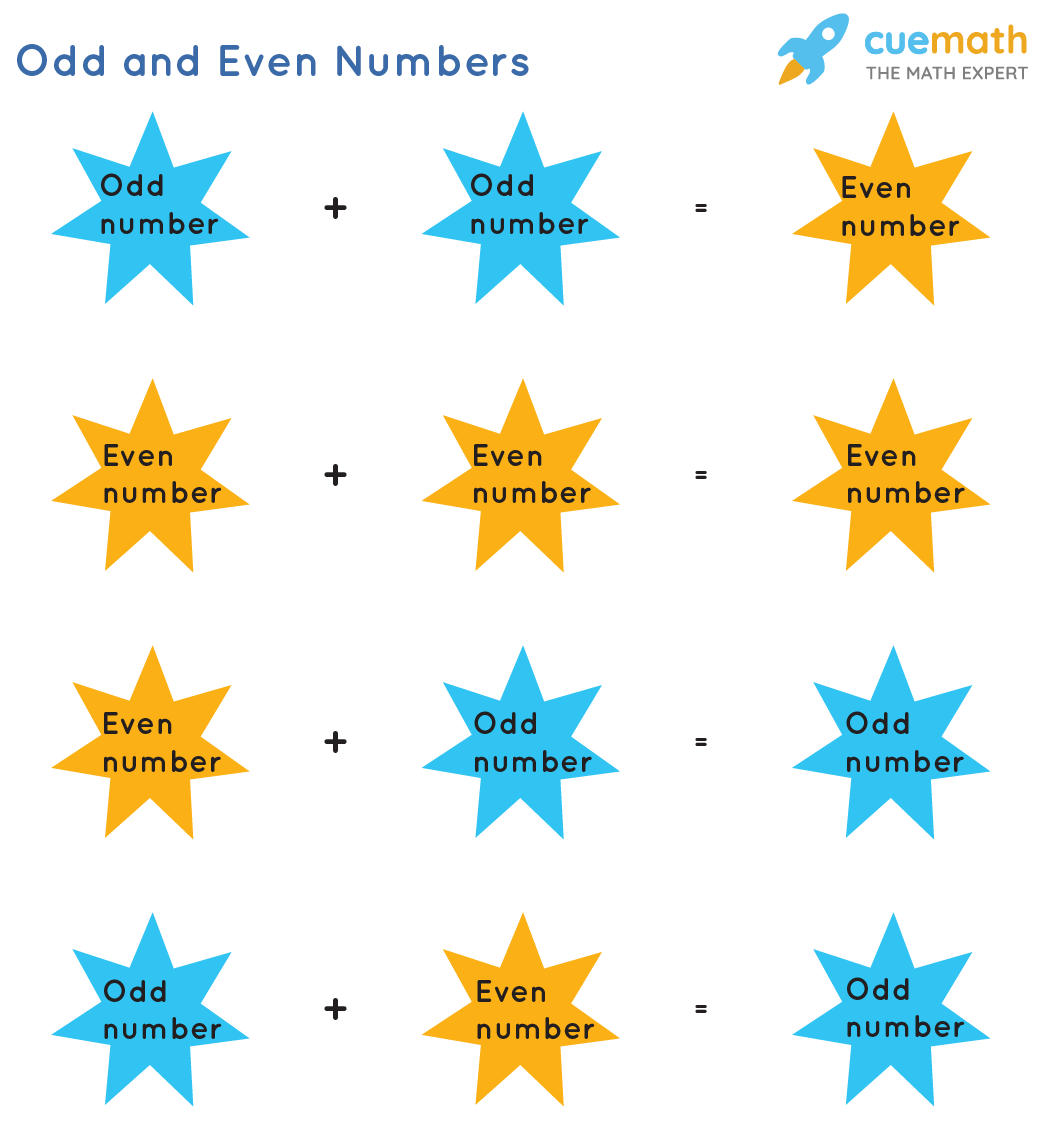 Properties of Even Numbers

Let's have a look at the different properties of numbers like addition, multiplication, and subtraction and the way an even number behaves in such cases:

Solved Examples on Even Numbers

Practice Questions on Even Numbers

FAQs on Even Numbers

What Is the Smallest Even Number?

2 is the smallest even number. It is also the only even prime number.

What Is the Formula of Even Numbers?

Is 0 an Even Number or an Odd Number?

Any number which can be divided by two to give another whole number is considered to be even. Zero is also one of them because when 0 is divided by 2, it gives the remainder 0, which means 0 is divisible by 2. Hence, 0 is an even number.

Why Is 4 an Even Number?

What Is the Formula for Odd Numbers?