Numbers in words means expressing the given numerals in words or spellings. For example, the number 1000 in words is written as one thousand. We can represent all natural numbers in words on the basis of the place value of their digits, such as ones, tens, hundreds, thousands, and so on.

What are Number Names?

When numbers are expressed in words, we call them number names. Number names help us to learn and identify numbers easily.

With the help of number names from one to ten, we can write and read higher-value numbers in words.

Numbers in Words in English

Given below is a chart showing number names from 1 to 20. 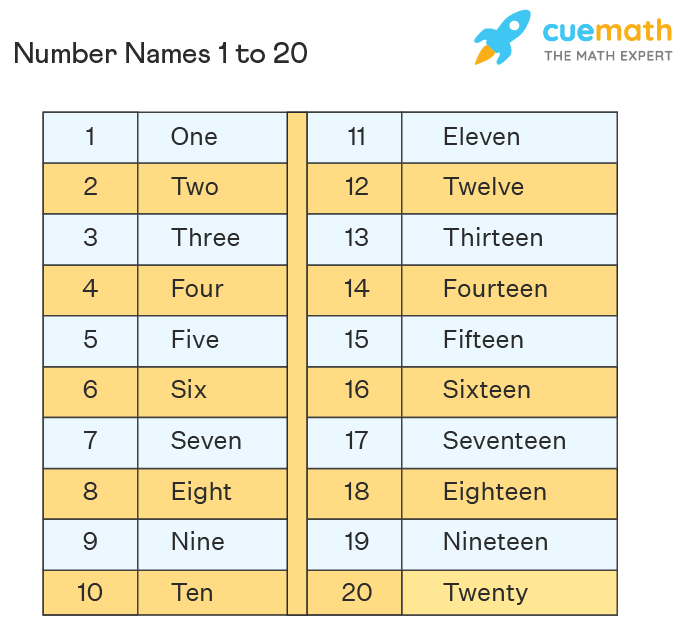 Observe the chart given below with number names from number 21 to 100 and learn the counting in words. 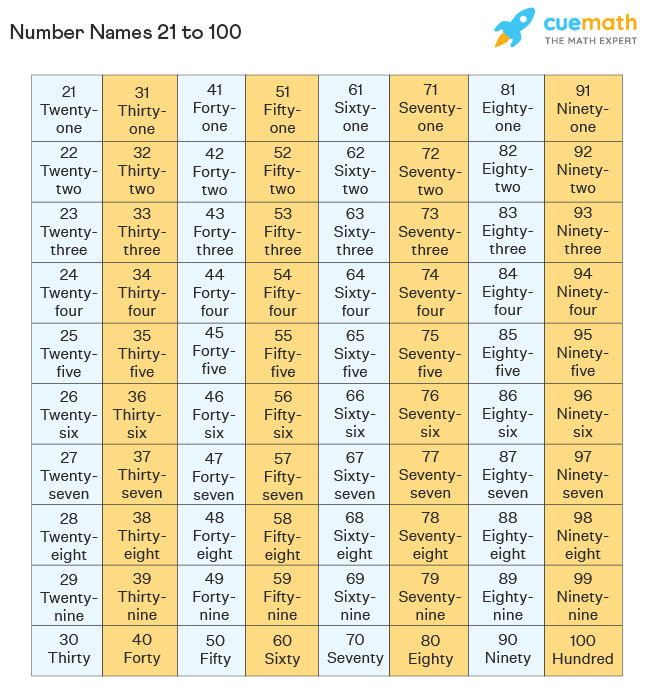 Numbers in Words in International System

For example, the number 7,456,123 is written or read in words as seven million four hundred fifty-six thousand one hundred twenty-three in the international number system.

There are certain rules that can be followed while writing the numbers in words. These rules are listed below in detail.

The following tips can be kept in mind to write numbers in words:

Observe the pattern which will help to write and read higher value numbers in words.

Check out these interesting articles to know more about Number Names and their related topics.

Practice Questions on Numbers in Words

FAQs on Numbers in Words

What are Number Names in Math?

How to Write Numbers in Words in International System?

In the International system of numeration, we use the place values as ones, tens, hundreds, thousands, ten thousand, hundred thousand, one million, ten million, hundred million, and so on, to write number names for large numbers. For example, 567,898 is written as 'five hundred sixty-seven thousand eight hundred ninety-eight'.

The number 1100 in words is written as One thousand one hundred.

How to Write Decimal Number Names?

Decimal number names can be written using the following steps. Let us write the number name for 25.578

How to Write Number Names in International System?

In the international place-value system, we insert commas after every three digits from the right of the number. So while writing numbers in words we can check the place values and write numbers in words. For example, 37,824,500 is written in words as thirty-seven million eight hundred twenty-four thousand five hundred.

How do you Write Numbers in Words?

To write a number in words, start from the left-most digit and write it according to its place value For example, 133 is read or written in words as one hundred thirty-three. By knowing the word form of numbers from 1 to 10 we can read and write the numbers easily. The word form of the first ten natural numbers is 1-one, 2-two, 3-three, 4-four, 5-five, 6-six, 7-seven, 8-eight, 9-nine, 10-ten.

How are Numbers in Words Useful in Real Life?

What is the Number Name of 40?

The number name of 40 is forty. It should be noted that 40 is often wrongly spelled as Fourty. However, the correct spelling is forty.