What is Iota and Its Value?

Iota is an imaginary unit number that is denoted by i and the value of iota is √-1 i.e., i = √−1. While solving quadratic equations, you might have come across situations where the discriminant is negative. For example, consider the quadratic equation x2 + x + 1 = 0. If we use the quadratic formula to solve this, we get the discriminant (the part inside the square root) as a negative value. 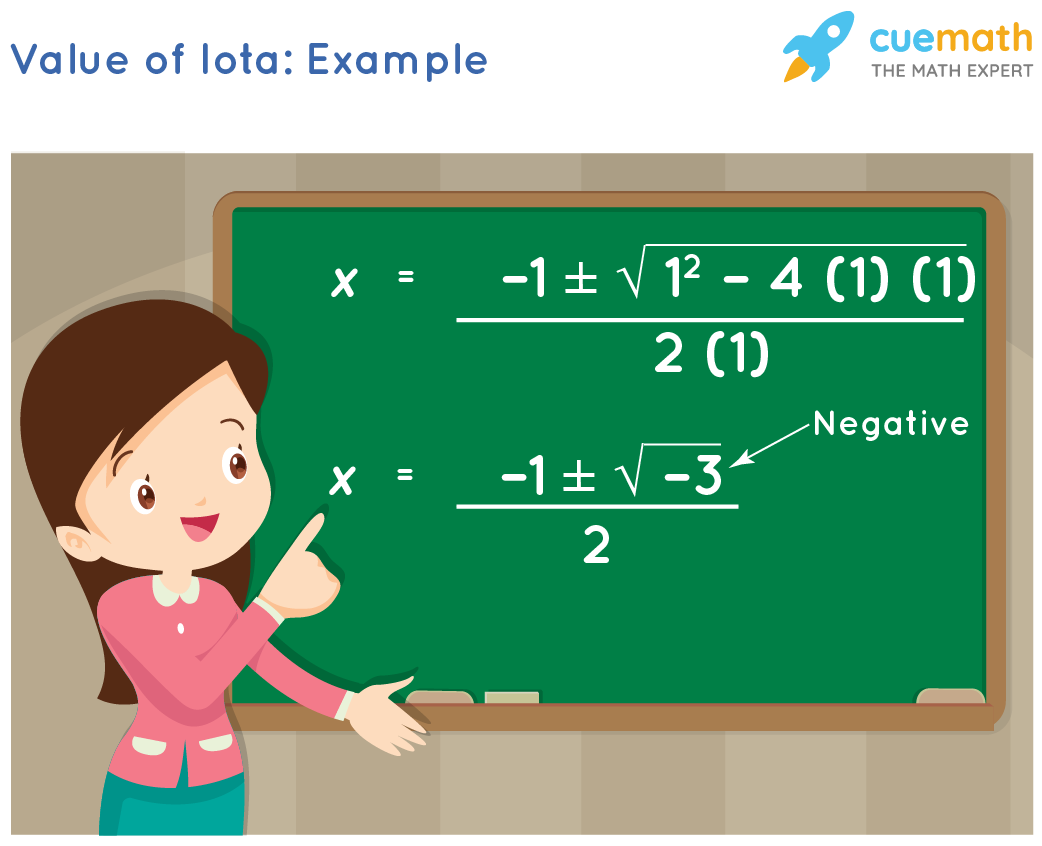 The powers of i, i repeat in a certain pattern in a cycle. Let us start with calculating the value of powers of i for general cases and try to figure out the pattern.

Iota has two square roots, just like all non-zero complex numbers. The value of the square root of iota, given as √i, can be calculated using De Moivre's Theorem.

Let us see how to calculate some other powers of i.

From the above calculations, we can observe that the values of iota repeat in certain pattern. The following figure represents the values for various powers of i in the form of a continuous circle. 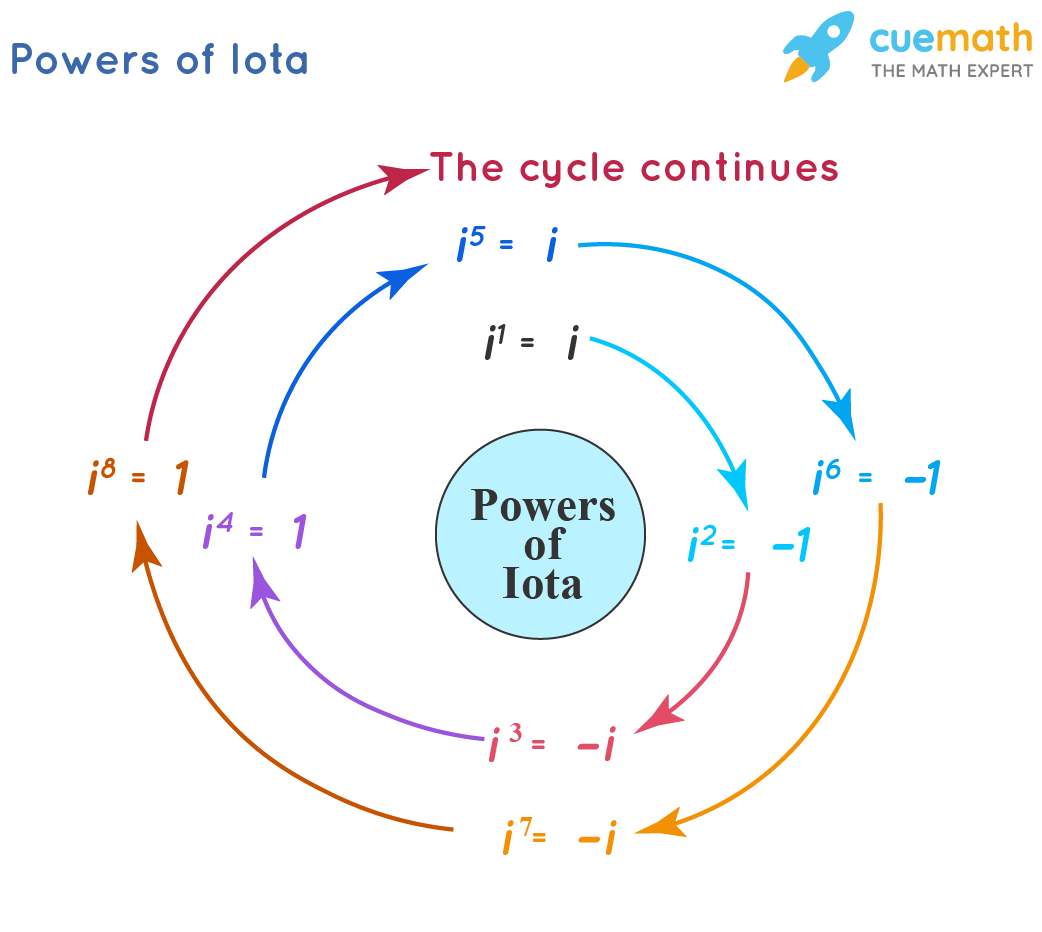 This signifies that \(i\) repeats its values after every 4th power. We can generalize this fact to represent this pattern (where n is any integer), as,

Higher Power of i

Higher powers of iota can be calculated by decomposing the higher exponents \(i\) into smaller ones and thus evaluating the expression. Finding value if the power of i is a larger number using the previous procedure, will take quite some time and effort. If we observe all the powers of i and the pattern in which it repeats its values in the above equations, we can calculate the value of iota for higher powers as given below, 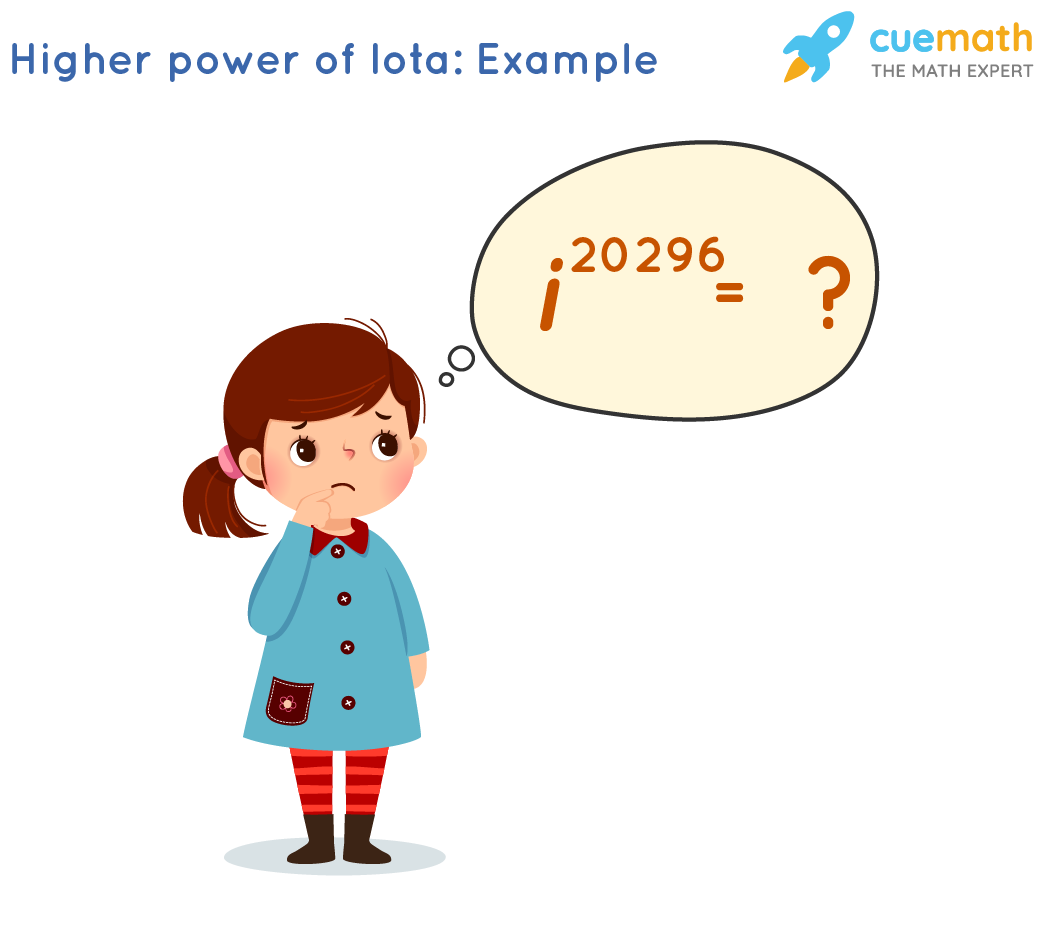 We just have to remember that i2 = -1 and i3 = -i. We will find some other higher powers of i using these and the above rules.

Value of Iota for Negative Power 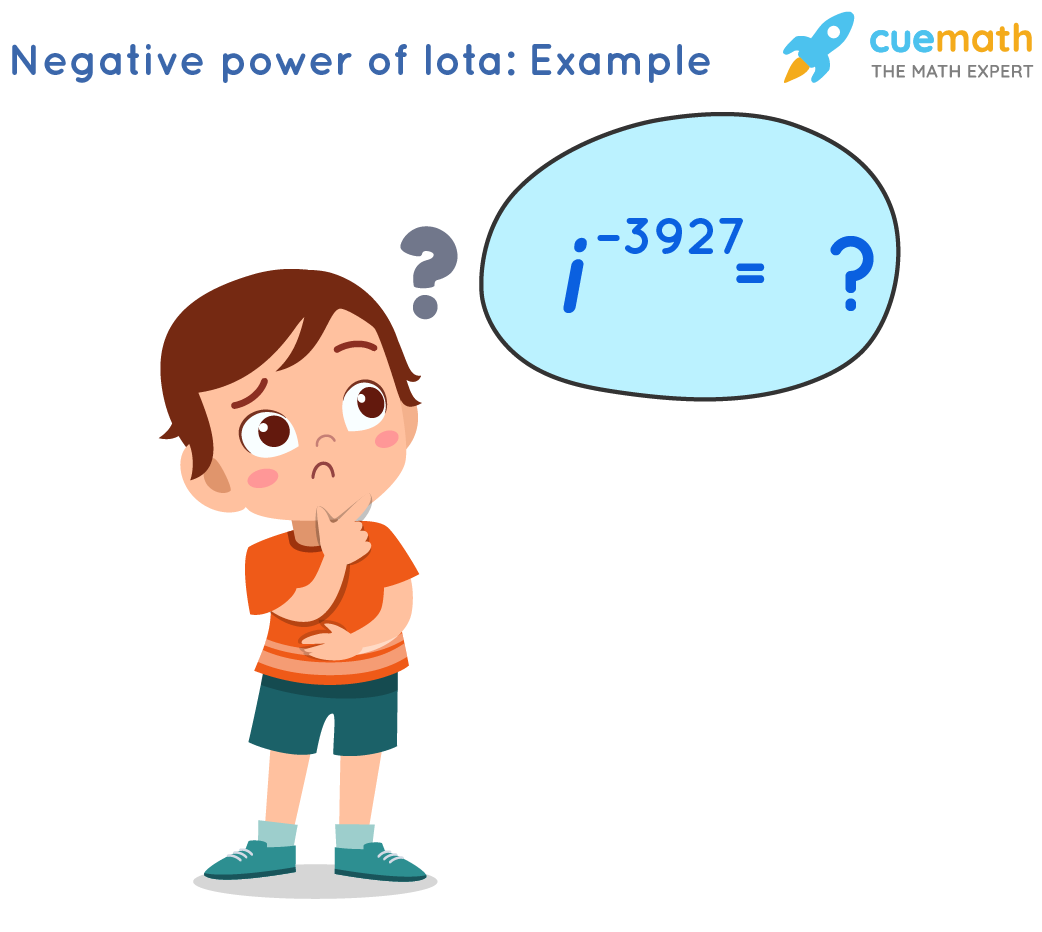 Power of i Calculator

Here is the "Powers of Iota Calculator".You can enter any exponent (positive or negative) of i and see the result in a step-by-step manner.

Solved Examples on Powers of Iota

Practice Questions on Powers of iota

FAQs on Powers of Iota

What is Iota in Mathematics?

What Is the Power Of i?

What is the Value of i in Mathematics?

The value of the imaginary unit number, i is generated when there is a negative number inside the square root. The value of i in Mathematics is √−1.

What is Iota Cube?

Who Discovered Iota in Mathematics?

The concept of imaginary numbers in Mathematics was first introduced by mathematician “Euler”. He introduced i (read as 'iota') to represent √-1. Also, he defined i2 = -1.

What is the Symbol of Iota?

Iota is an imaginary unit number, denoted using the symbol i.

What is Square Root of Iota?