Expressions are mathematical statements that have a minimum of two terms containing numbers or variables, or both, connected by an operator in between. The mathematical operators can be of addition, subtraction, multiplication, or division. For example, x + y is an expression, where x and y are terms having an addition operator in between. In math, there are two types of expressions, arithmetic expressions - that contain only numbers; and algebraic expressions- that contain both numbers and variables.

What is an Expression in Math?

Expression Definition: An expression is a combination of terms that are combined by using mathematical operations such as subtraction, addition, multiplication, and division.

There are infinite examples of an expression. For example, 2y-9, 3a×2, -7+6÷3, etc. Let us also look at a real-life example. Sarah told her younger brother Daniel that her age was 3 more than twice his age. She asked him to calculate her age if his age is x years. Let's help him write an expression. Twice the age of Daniel can be written as 2x. Now Sarah's age is 3 more than 2x. Therefore, Sarah's age will be written as 2x+3. 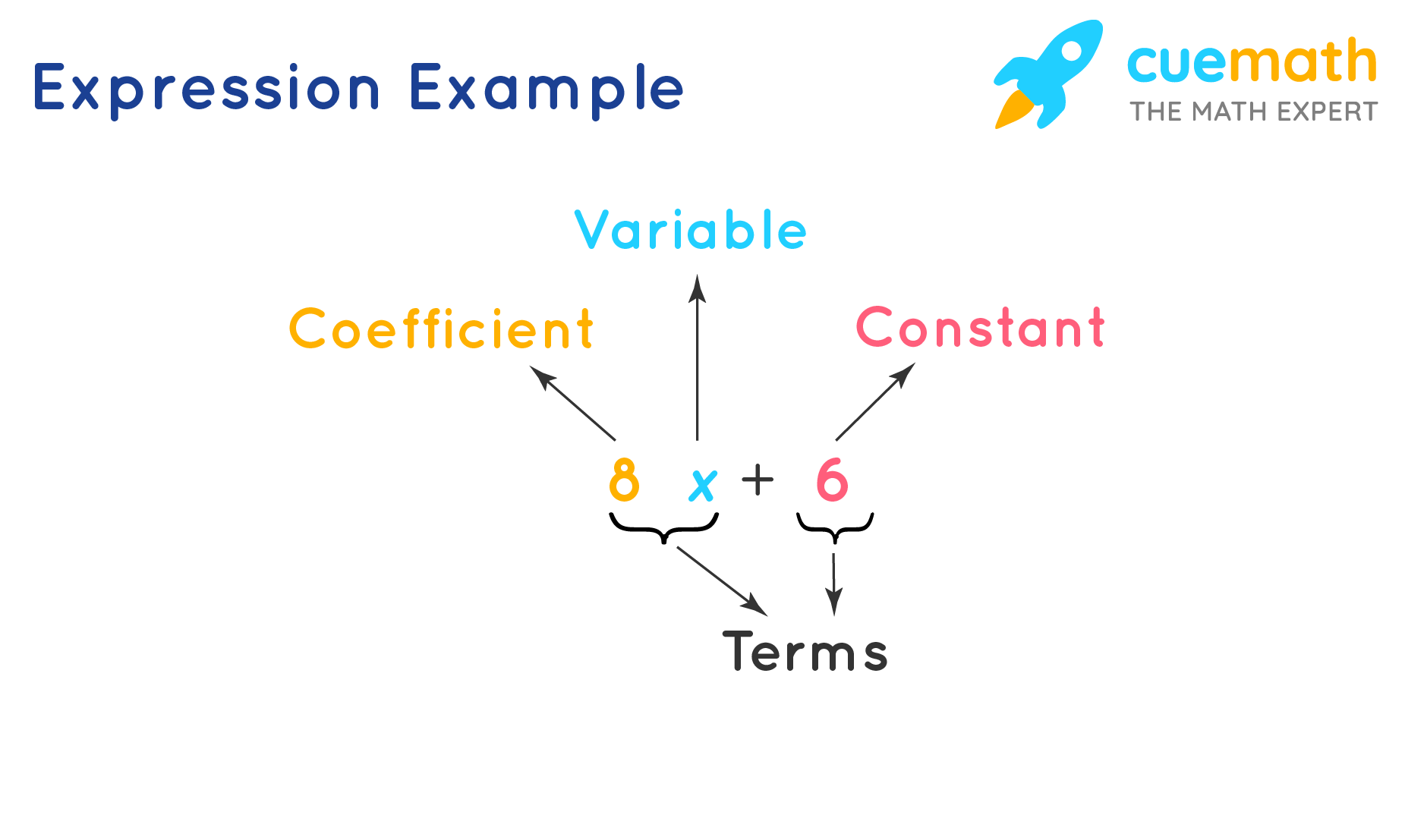 In math, expressions and equations are two different concepts. Let us try to understand the difference between the two. An expression can be a number, a variable, or a combination of numbers and variables connected by mathematical operators, i.e., addition, subtraction, multiplication, and division. On the other hand, an equation is the equality relation between two expressions. Look at the table given below to understand it better:

Look at a few more examples of expressions and equations through the figure given below: 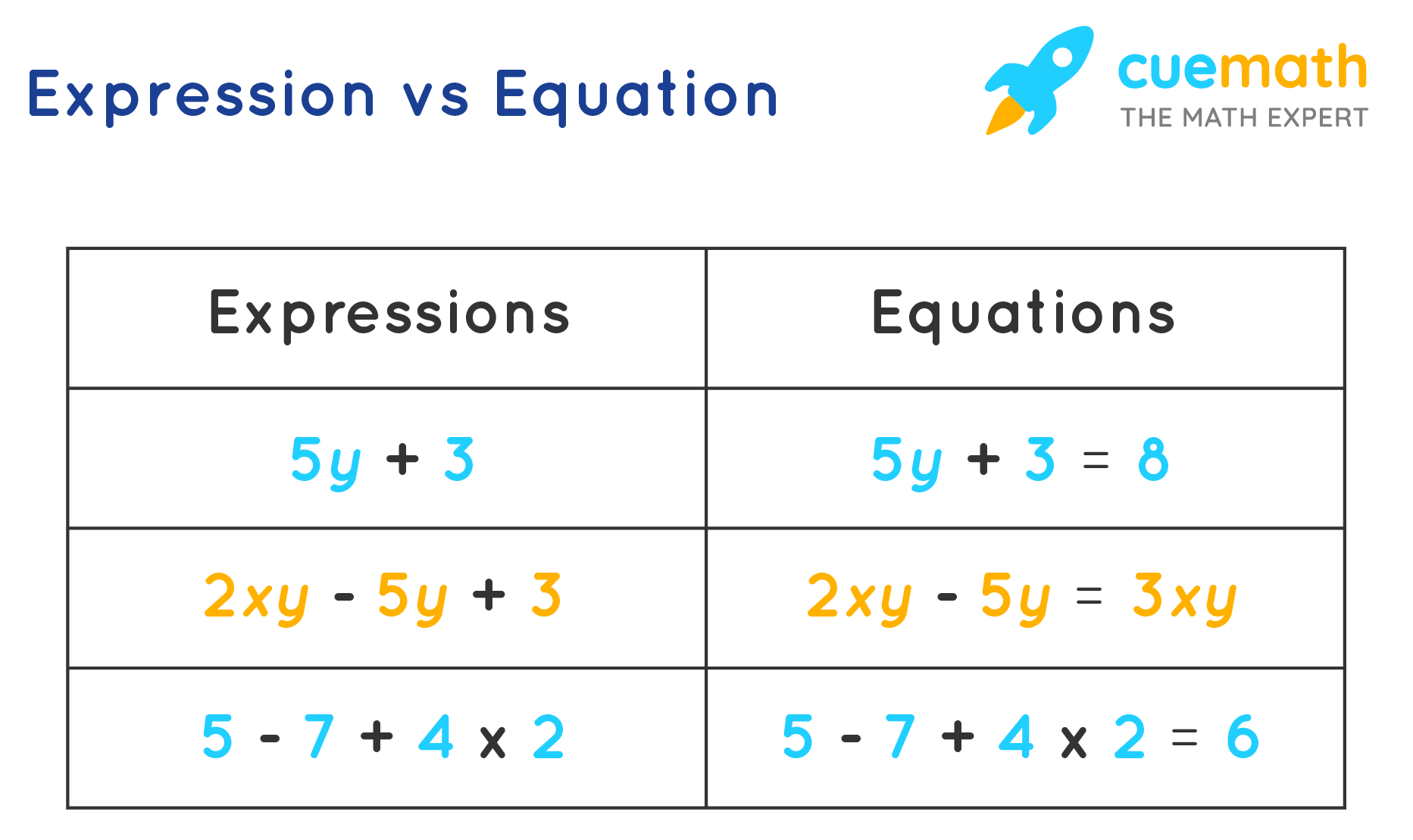 Expressions can be simplified to form an answer. For example, 3+6-2 is an expression that can be simplified to 7. There are two different ways to simplify arithmetic expressions and algebraic expressions. We use the BODMAS rule (PEMDAS rule) to simplify them. In case of algebraic expressions, like terms can be added or subtracted for simplification. Like terms are those that have the same variable raised to the same power. So, we can easily add or subtract two or more like terms by adding their coefficients. For example, 2x+5x results to 7x, whereas 7ab-b is an expression that has two unlike terms, which cannot be added.

Check out the following articles to learn more about expression definition.

Ready to see the world through math eyes?
Math is a life skill. Help your child perfect it through real-world application.

How do you Write an Expression?

We write an expression by using numbers or variables and mathematical operators which are addition, subtraction, multiplication, and division. For example, the expression of the mathematical statement "4 added to 2",  will be 2+4.

What is a Number Expression?

What is the Difference Between Mathematical Expression and Algebraic Expression?

Can you Solve an Expression?

Since expressions do not have an 'equal to' sign (=) we cannot solve them. We can only simplify expressions and find their reduced form using the given mathematical operators.